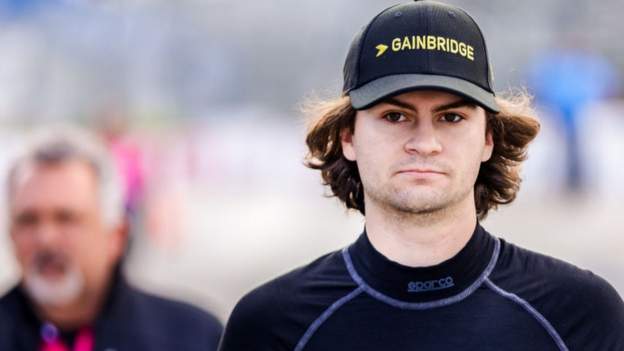 Red Bull are trying to secure a Formula 1 licence for IndyCar star Colton Herta so he can drive for their Alpha Tauri team next year.

Herta does not have the required number of points under the FIA’s system to qualify for an F1 ‘super-licence’.

But Red Bull motorsport boss Helmut Marko is hopeful Herta will be granted a dispensation by the governing body.

“Astonishingly enough, all of the parties and teams involved, we found an agreement,” Marko told US broadcaster SpeedCity Broadcasting on SiriusXM after the Dutch Grand Prix.

“First we have to get a definite answer [from the FIA] and I think it should be by Monza [the Italian Grand Prix this coming weekend].”

Marko said he believed there were grounds to grant an exemption in Herta’s case, because of clauses introduced in the wake of the pandemic, which has made it harder to accrue licence points.

“We looked at the regulations, we discussed it with the FIA, and because of Covid there’s a special regulation that you can take three years [from four] and also if one result isn’t maximum points and outside the driver’s [hands] they can give the points,” Marko said.

“So it’s nothing unreasonable. He won seven IndyCar races and that’s comparable to a grand prix I think, so it would be a shame if he wouldn’t get a super-licence.”

An FIA spokesperson said: “We are going to stick to our rules. There won’t be any exceptions.”

However, he added that he was not aware of the FIA being approached, and that “if it’s raised, we will look into it”.

Red Bull team principal Christian Horner said they would not release Gasly to Alpine unless they could secure Herta.

“That is an FIA issue we just need clarity which will hopefully come sooner rather than later because it holds a key role in the driver merry-go-round,” Horner said.

“If the option is not there, the other triggers will not come into play.”

On Herta’s potential, Horner said: “He is an exciting talent, a young American guy who has been a stand-out talent in the US.

“Pierre is doing a good job in Alpha Tauri. There would not be a desire to change if there was not an interesting option available.”

Marko has ruled out Mick Schumacher, currently at Haas, being an option for Alpha Tauri in 2023.

Herta tested for McLaren in July this year and their team principal Andreas Seidl said he was more than good enough for a seat in F1.

“He did a very good test,” Seidl said. “At the same time, it was only, let’s say, the initial test with us and it was also very important, and we were clear with Colton to take his time also in order to build it up. But yeah, it was quite impressive.”

A number of team bosses said at the Dutch Grand Prix that no exemptions should be made from the licencing system. But Seidl said Herta could justify one.

“In terms of the super-licence, in general we believe in the system. We think it’s a good system in place,” Seidl said. “But at the same time, we are absolutely up for some flexibility as well, also taking into account especially the situation in the last two years with Covid and everything, it had an impact as well on results drivers could score.

“We are absolutely open for some flexibility there and handing a guy like Colton the super-licence, because in the end, with what he has shown so far in his racing career, I have no doubt that he is absolutely able to compete in Formula 1.”