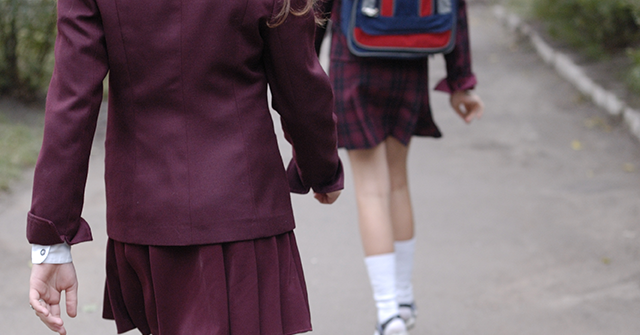 A prestigious, formerly all-girls school in a wealthy suburb outside Nashville, Tennessee, has announced that they will be accepting boys who are transgender and identify as girls.

A statement, obtained by Breitbart News and titled “Gender Diversity Philosophy at Harpeth Hall,” outlined Harpeth Hall’s new approach to transgenderism. The school, located in the wealthy Belle Meade suburb of Nashville, costs over $32,000 annually for middle school and over $33,000 annually for high school.

“Our school uplifts the female voice,” the statement claimed, going on to explain that they would accept males as students. “As the world evolves, so do our students. The concept of gender has expanded and deepened over time,” the statement reads.

It explained that administration, faculty, and the Diversity, Equity, and Inclusion Committee on the board made the decision to open up the previously all-girls school to boys.

The statement read, “Harpeth Hall is a girls school. The school culture is unique and distinctly about girls, complete with the use of references to students as girls and young women and the collective use of female pronouns.”

It went on to say, “Any student who identifies as a girl may apply to our school. Students who join and remain at Harpeth Hall do so because our mission as a school for girls resonates with them.”

Head of School Jess Hill was prominently featured in an article titled “Why an All-Girls School is a Good Thing.”

The statement also said the middle and high school “recognizes that adolescence includes natural searching and questioning about many topics. For some students, this may include the question of gender identity and the desire to identify as nonbinary or use they/them pronouns.”

FILE_5593 by Breitbart News on Scribd

Jessica Bliss, the Director of Marketing and Communications for Harpeth Hall, told Breitbart News the school would provide a comment, but then could not be reached.

Breitbart News asked Harpeth Hall if this decision means biological men will be allowed in women’s restrooms and locker rooms, and if so, if any steps had been taken to ensure the safety of their students. Breitbart News also asked whether or not parents and current students were consulted before this decision was made.

Harpeth Hall has taken other steps to embed the left’s diversity, equity, and inclusion agenda into school practices and culture.

The formerly all-girl’s school is home to various affinity groups, including one for Parents of Students of Color, a “BIPOC Faculty Group,” and a “Faculty Group for LGBTQ+.” Harpeth Hall also has a “Gender Sexuality Alliance” club for students.

Harpeth Hall is affiliated with the National Association of Independent Schools (NAIS), which has pushed critical race theory and leftist gender theory on K-12 schools throughout America.

Breitbart News previously uncovered that the NAIS pushed transgender ideology on children starting in Pre-K. The NAIS also maligned objections to gender curriculum from parents, labeling responses such as “that’s my job” and “they’re too young to know that” as “Puritan speak.”

Breitbart News also revealed that the NAIS People of Color Conference (POCC), an annual conference that focuses on embedding critical race theory into K-12 curriculums, was led in part by a former Black Panther.

Harpeth Hall sends faculty and staff to the POCC every year according to its website.

Spencer Lindquist is a reporter for Breitbart News. Follow him on Twitter @SpencerLndqst and reach out at slindquist@breitbart.com.

NASA Smashes Into an Asteroid, Completing a Mission to Save a Future Day
How one Atlanta bookstore is picking up the fight against book bans : NPR
Opinion | The Other Scandal Revealed at Mar-a-Lago
CPD issue alert of recent armed robberies in Englewood
Aircraft makes emergency landing on highway in Fannin County