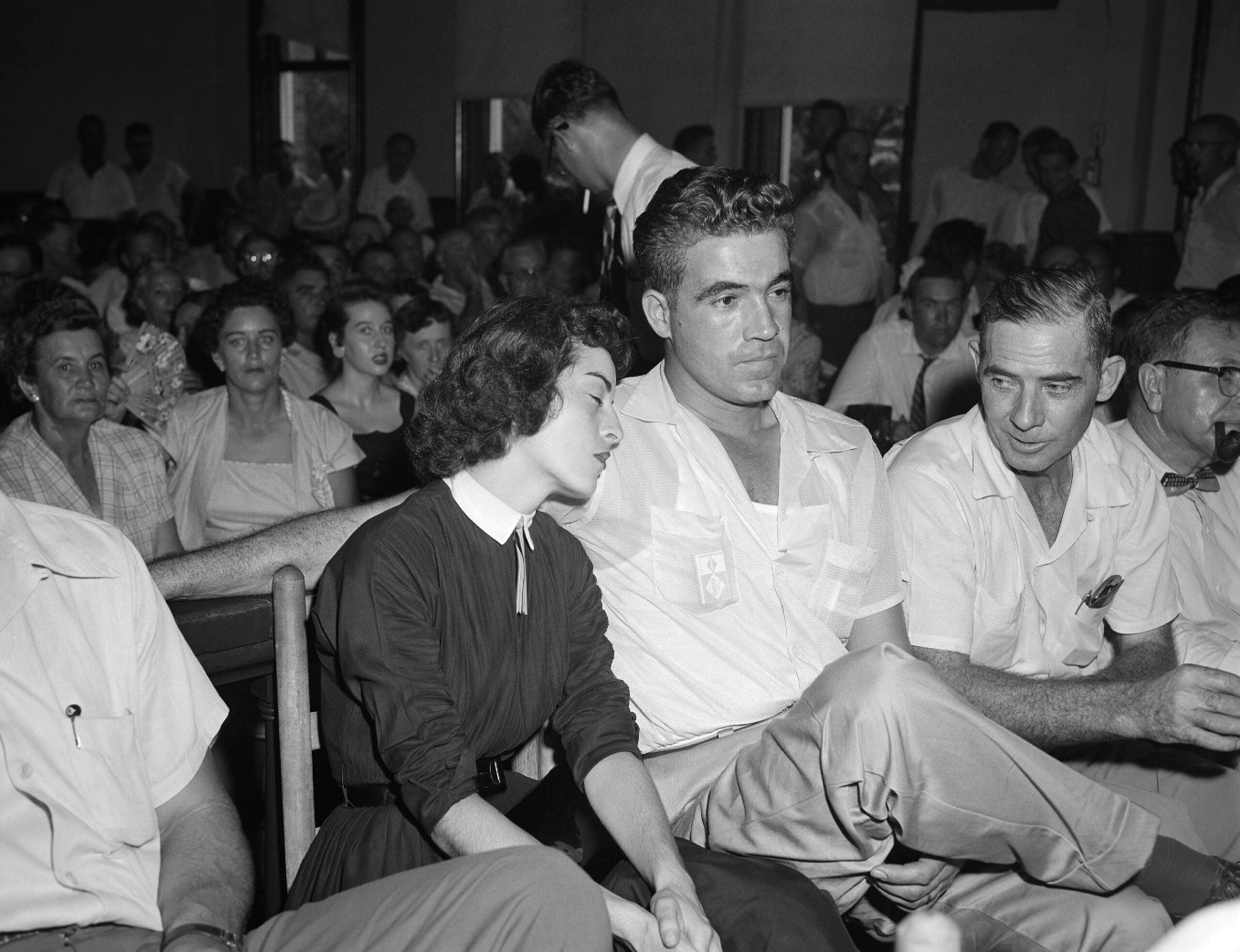 JACKSON, Miss. (AP) — A team searching a Mississippi courthouse basement for evidence about the lynching of Black teenager Emmett Till has found the unserved warrant charging a white woman in his 1955 kidnapping, and relatives of the victim want authorities to finally arrest her nearly 70 years later.

A warrant for the arrest of Carolyn Bryant Donham — identified as “Mrs. Roy Bryant” on the document — was discovered last week by searchers inside a file folder that had been placed in a box, Leflore County Circuit Clerk Elmus Stockstill told The Associated Press on Wednesday.

Documents are kept inside boxes by decade, he said, but there was nothing else to indicate where the warrant, dated Aug. 29, 1955, might have been.

“They narrowed it down between the ‘50s and ’60s and got lucky,” said Stockstill, who certified the warrant as genuine.

The search group included members of the Emmett Till Legacy Foundation and two Till relatives: cousin Deborah Watts, head of the foundation; and her daughter, Teri Watts. Relatives want authorities to use the warrant to arrest Donham, who at the time of the slaying was married to one of two white men tried and acquitted just weeks after Till was abducted from a relative’s home, killed and dumped into a river.

“Serve it and charge her,” Teri Watts told the AP in an interview.

Keith Beauchamp, whose documentary film “The Untold Story of Emmett Louis Till” preceded a renewed Justice Department probe that ended without charges in 2007, was also part of the search. He said there’s enough new evidence to prosecute Donham.

Donham set off the case in August 1955 by accusing the 14-year-old Till of making improper advances at a family store in Money, Mississippi. A cousin of Till who was there has said Till whistled at the woman, an act that flew in the face of Mississippi’s racist social codes of the era.

Evidence indicates a woman, possibly Donham, identified Till to the men who later killed him. The arrest warrant against Donham was publicized at the time, but the Leflore County sheriff told reporters he did not want to “bother” the woman since she had two young children to care for.

Now in her 80s and most recently living in North Carolina, Donham has not commented publicly on calls for her prosecution. But Teri Watts said the Till family believes the warrant accusing Donham of kidnapping amounts to new evidence.

“This is what the state of Mississippi needs to go ahead,” she said.

District Attorney Dewayne Richardson, whose office would prosecute a case, declined comment on the warrant but cited a December report about the Till case from the Justice Department, which said no prosecution was possible.

Contacted by the AP on Wednesday, Leflore County Sheriff Ricky Banks said: “This is the first time I’ve known about a warrant.”

Banks, who was 7 years old when Till was killed, said “nothing was said about a warrant” when a former district attorney investigated the case five or six years ago.

“I will see if I can get a copy of the warrant and get with the DA and get their opinion on it,” Banks said. If the warrant can still be served, Banks said, he would have to talk to law enforcement officers in the state where Donham resides.

Arrest warrants can “go stale” due to the passage of time and changing circumstances, and one from 1955 almost certainly wouldn’t pass muster before a court, even if a sheriff agreed to serve it, said Ronald J. Rychlak, a law professor at the University of Mississippi.

But combined with any new evidence, the original arrest warrant “absolutely” could be an important stepping stone toward establishing probable cause for a new prosecution, he said.

“If you went in front of a judge you could say, ‘Once upon a time a judge determined there was probable cause, and much more information is available today,’” Rychlak said.

Till, who was from Chicago, was visiting relatives in Mississippi when he entered the store where Donham, then 21, was working on Aug. 24, 1955. A Till relative who was there, Wheeler Parker, told AP that Till whistled at the woman. Donham testified in court that Till also grabbed her and made a lewd comment.

Two nights later, Donham’s then-husband, Roy Bryant, and his half-brother, J.W. Milam, showed up armed at the rural Leflore County home of Till’s great-uncle, Mose Wright, looking for the youth. Till’s brutalized body, weighted down by a fan, was pulled from a river days later in another county. His mother’s decision to open the casket so mourners in Chicago could see what had happened helped galvanize the building civil rights movement of the time.

Bryant and Milam were acquitted of murder but later admitted the killing in a magazine interview. While both men were named in the same warrant that accused Donham of kidnapping, authorities did not pursue the case following their acquittal.

Wright testified during the murder trial that a person with a voice “lighter” than a man’s identified Till from inside a pickup truck and the abductors took him away. Other evidence in FBI files indicates that earlier that same night, Donham told her husband at least two other Black men were not the right person.

The best things to do around the city, delivered to your inbox.