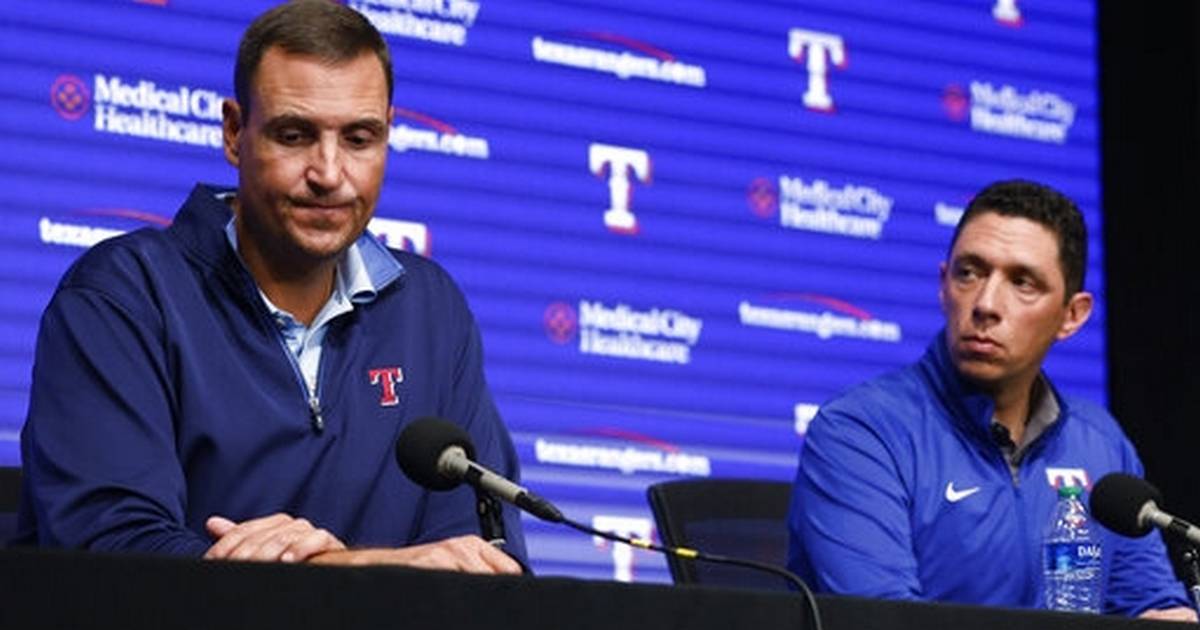 ARLINGTON, Texas — The Rangers are more than a decade removed from their only World Series appearances, and mired in the longest stretch of consecutive losing seasons in the franchise’s half-century in Texas.

They are again looking for a new manager.

Less than nine months after a record offseason spending spree of more than a half-billion dollars, the Rangers fired Chris Woodward with the first-time manager late in his fourth season of what had become an extended rebuilding process. They will have a losing record for the sixth year in a row unless they win at least 29 of their last 46 games – and to finish above .500 would need one more win than that.

What the Rangers really hope to do over these final seven weeks is to build momentum going into 2023, which general manager Chris Young said is still when they expect to be a playoff-caliber team again.

‘We want to continue to create a competitive, energetic team that takes the field night in, night out prepared to win,” Young said. ‘And I think that we want to see improvement in our fundamentals, just the basic fundamentals. It’s something that we haven’t executed those at the level we need to to become a championship team.’

Texas will get more looks at youngsters like speedy outfielders Leody Taveras and Bubba Thompson, and infielders Josh Smith and Ezequiel Duran, and left-handed starter Cole Ragans, who are all already in the big leagues.

The front office will start to evaluate potential managerial candidates. The next full-time manager will be the fourth for Texas since Jon Daniels, now president of baseball operations, became the team’s general manager in October 2005.

The Rangers won American League championships in 2010 and 2011 under Ron Washington, the first manager hired by Daniels after Buck Showalter was fired at the end of the 2006 season. Washington resigned late in the 2014 season for personal reasons.

Jeff Banister won AL West titles the next two seasons, but was gone less than two years after that. The Rangers then hired Woodward, who was coming off back-to-back National League championship seasons as third base coach for the Los Angeles Dodgers.

‘I take a lot of responsibility for our performance over the last six years, and we haven’t been good enough,’ Daniels said. ‘But ultimately, this is a team effort. … When we were good, it wasn’t about me. It’s always been a team effort. We have a ways to go. We have a lot of good people here. As far as my personal accountability or situation, that’s something we’ll address down the line.’

Daniels didn’t elaborate on what he meant regarding his situation. He held the titles of team president and GM from 2013 until December 2020, when former big league pitcher and MLB executive Young was brought on as general manager.

Young said the managerial search would be ‘a full partnership’ even beyond him and Daniels, to include ownership and the entire front office.

‘Certainly, we will be on the same page in terms of who we choose to manage the team moving forward,’ Young said.

While those big-dollar signings last December didn’t immediately alter the team’s timetable for being a playoff contender, there was at least the expectation for more positive progress this season.

Woodward was fired Monday, the two-year mark since the Rangers last had a winning record. They were 10-9 one-third of the way through the 2020 season that was delayed and shortened by the COVID-19 pandemic, then lost eight games in a row.

Interim manager Tony Beasley, the third base coach since 2015 and longest-tenured member of the coaching staff, will be given consideration for the full-time job. Young said the team’s win-loss record the rest of the season won’t necessarily reflect the level to which Beasley is a candidate.

The Rangers split their first two games under Beasley, who had never before managed a big league game but was previously a minor league manager for eight seasons in other organizations. Washington (now third base coach for reigning World Series champion Atlanta) and Banister (now Arizona’s bench coach) were first-time MLB managers in Texas, just like Woodward.

‘We didn’t expect to go worst to first this season,’ Young said. ‘Culture builds, and Woody has had an impact on that culture, a very positive impact in a lot of ways. This is about moving forward, what the next step is and building that culture. And we feel that the time is right.’