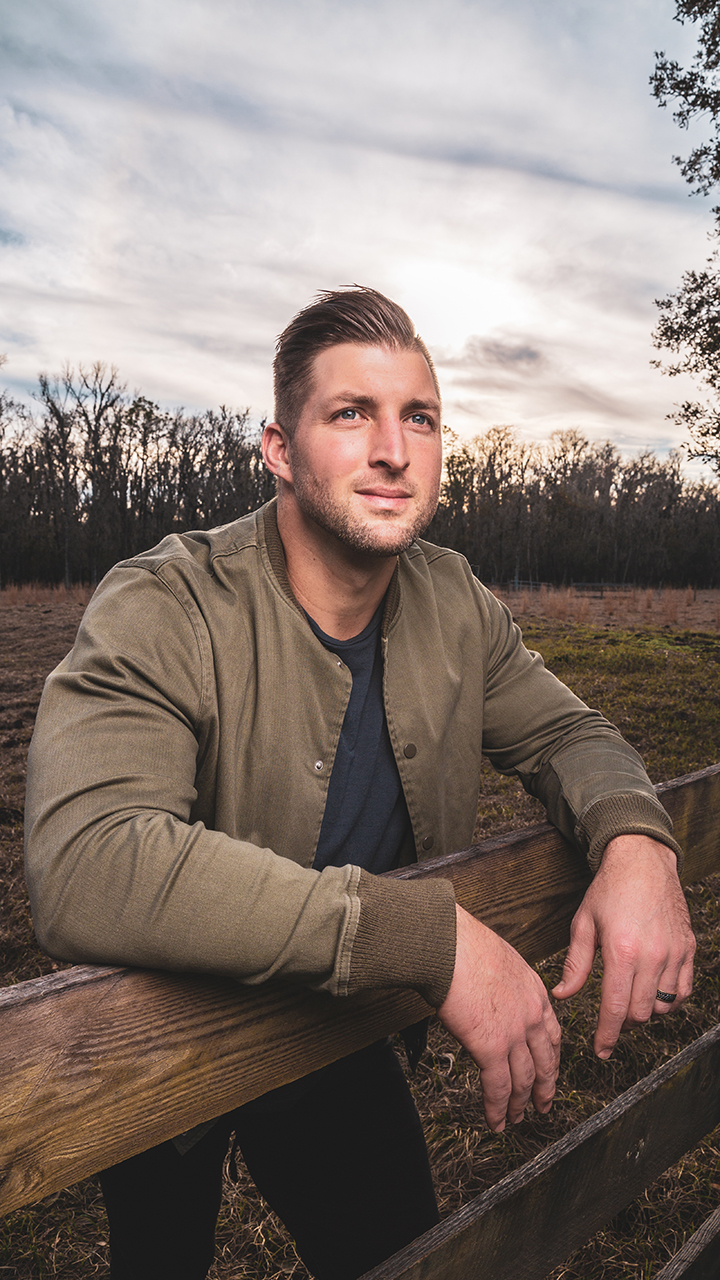 Tim Tebow isn’t resting — not at all.

For years Tebow has been actively involved in efforts to stop human trafficking all over the globe. A committed Christian, he firmly believes it is “a calling” for him to help others who are innocent victims of such a terrible crime.

Now, ahead of his 35th birthday on Sunday, August 14, he’s laser-focused on building a new Tim Tebow Foundation (TTF) Protection Center in Thailand for 40 girls at a time.

It’s a place to keep the rescued girls safe — something they desperately need.

TIM TEBOW, MAN ON A MISSION: ‘EVERY SINGLE ONE OF US CAN HAVE A LIFE THAT COUNTS’

Even after they’re rescued, he explained, they’re in danger — as there are bounties on their heads as they prepare to testify in court against their traffickers.

“It’s such a focus for me because we believe this is one of the greatest evils in the world today,” he told Fox News Digital this week in an exclusive interview about his anti-human trafficking efforts.

Tim Tebow is adamant that the “human exploitation of children” all over the world must be stopped. He talked to Fox News Digital about his new efforts.
(Mission Driven Studios)

“So many girls and boys and women and even some men are trapped in this horrible evil,” he said.

It’s not just the idea of human trafficking that is so horrific, he said.

“It’s the human exploitation of children” that must be stopped.

“It is something that I feel we are called to, our team is called to,” he said, referencing his Tim Tebow Foundation team and its many partners.

“Every single one of these lives is so valuable. They’re so loved by God and they better be loved by us.”

This effort, he said, “is something that has been very near and dear to my heart and Demi’s heart. And we both feel we are called in different times and different ways to it, but for both of us, it’s such a passion for us,” he said, referring to his wife of more than two years, Demi-Leigh Tebow.

“Our whole team — this is something we care very deeply about,” Tebow also said.

“Our mission statement is to bring faith, hope and love to those needing a brighter day in their darkest hour of need.”

Tim Tebow talked to Fox News Digital this week about his nearly decade-long commitment to eradicating human trafficking. “This is just something that’s been a huge calling for me,” he said.
(Mission Driven Studios)

“A lot of these girls and boys who are in these situations — this is really their darkest hour of need. And that’s where we feel called to — to chaos, crisis — to these hard places,” he said.

He said that “ever since my eyes were first opened to this evil almost decade ago, this is just something that’s been a huge calling for me. And it’s something I know we’ll be on for a long time.”

“Just in the last few days, there have been many rescues in many countries, including here.”

“We’re able to be a part of the rescues of young girls — to bring restoration to them — and every one of those rescues is a massive win,” said Tebow.

“But we also want to make a global impact, not just domestically. We want to be able to fight back against this in a lot of different ways, whether that’s in the education about it, the restoration and rehabilitation of it — all of the above. We’re trying to fight in all those different areas and in all those places, together with a lot of partners and amazing people that we’re so grateful for,” he said.

“Just in a matter of the last few days,” he added, “there have been many rescues in many countries, including here.”

“And there are so many stories of amazing survivors who have gone through such horrendous times.”

Said Tebow to Fox News Digital, “When people are in a hard time, that needs to burden us.”
(Tim Tebow Foundation)

“Even though people have been rescued from trafficking, there are active threats against some of them.”

He mentioned his wife’s own campaign for this same issue — her birthday was in June — “and she did a campaign for some of our international safe homes, in the Philippines, with some of other partners there.”

Tebow — with his own 35th birthday approaching on Sunday, August 14 — said that “this birthday campaign is so near and dear to our heart, because even though people have been rescued from trafficking, there are active threats against some of them. There are death threats, even prices on their head,” he added.

“So they won’t testify in court against their traffickers.”

“And so it’s just so personal, because every single one of these lives is so valuable,” he said. “They’re so loved by God and they better be loved by us.”

Tim Tebow spoke to Fox News Digital this week about the people who have “never lived a life free from danger.” It’s why he’s completely devoted to helping victims of human trafficking — and helping them find safe havens.
(Mission Driven Studios)

He also shared this powerful message: “I think we often take for granted how easily we get to live in peace. But the truth is so many people don’t. Some of them never have, not even for a day. They’ve never lived a life free from danger.”

“Our job is simply to provide as much protection, kindness and love as possible, and point them to the Truth.”

“If that’s been your experience your entire life,” he said, “how do you even know what the word ‘protection’ really means? How do you understand the difference between good and evil, when all you have experienced is just evil?”

Tebow went on: “In my life, too often I have wanted to do good, but I haven’t. I haven’t acted fast enough … I haven’t pushed hard enough.”

Now, however, he’s challenging himself — and challenging others — to help him in the fight against human trafficking.

He also came back to his faith: “They were worth Him dying for. They are worth us fighting for.”

“Most of us have no idea what they’ve gone through,” he said as well, referring to the human trafficking victims.

“Our job is simply to provide as much protection, kindness and love as possible, and point them to the Truth. They’re worth it.”

Maureen Mackey is managing editor of lifestyle for Fox News Digital. Story tips can be sent on Twitter at @maurmack.