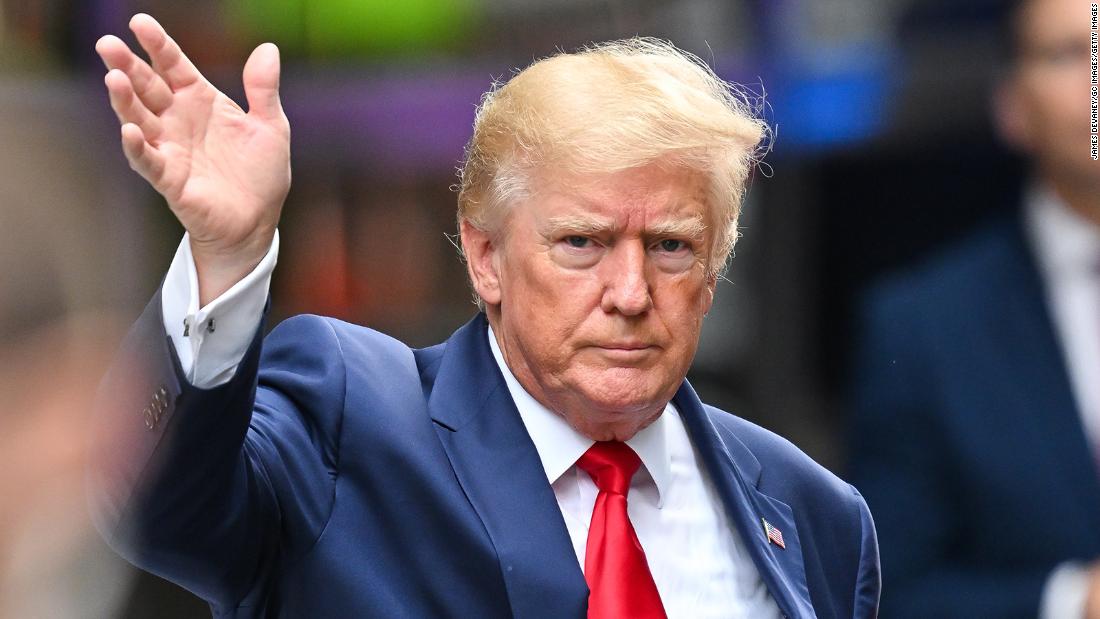 His failure to do so already has created a vacuum filled by Trump’s fury, misrepresentations of the search and now conspiracy theories that the bureau planted incriminating evidence at the home of the former President.

The conservative media machine is in meltdown mode. Several of the most pro-Trump lawmakers and pundits who excoriated liberal “defund the police” rhetoric are now demanding the defunding and the flushing out of the FBI. This is quite a slogan for a party that prides itself on supporting law and order. And it could portend serious damage to the bureau under a potential future Republican Congress or president — not to mention the neutering of the country’s capacity to fight foreign espionage, violent crime, drug trafficking and domestic extremism.

In using terminology like “raid” and “siege” to describe the legally sanctioned search, Trump and his allies are again painting him as a victim of political persecution, a technique that bonds him tighter to base voters and will underpin his likely 2024 White House campaign.

In the face of this relentless assault, the FBI and the Justice Department — both of which Trump sought to weaponize for his own political ends in office — are relearning one of the truisms of the Trump era. Playing by the rules and observing legal and protocol norms — like not publicly speaking about open investigations — might be the foundation of sound governance and impartial justice. But it’s ineffective as a public relations strategy when the ex-President and his acolytes obliterate all perspective in a gusher of chaos and falsehoods designed to obscure the facts. Given Trump’s power over his supporters and the right-wing media furor, the DOJ’s investigation has already been tainted in the eyes of millions of people — however it turns out.

Trump is adopting exactly the same playbook he used in his campaign against the Russia investigation of special counsel Robert Mueller, who mostly stuck by his code of working behind closed doors and pursuing justice quietly. (Mueller did not find that the Trump campaign conspired with Russia to win the 2016 election but he unearthed multiple odd contacts with Russians and plentiful evidence Trump may have obstructed justice.)

Trump’s asymmetric political warfare against the FBI and DOJ, entities that for legal and procedural reasons can’t fight back, has caused consternation among some insiders, and questions about whether there should be a public response.

CNN’s Evan Perez reported on Wednesday that some Justice Department officials are chafing against the silence of the attorney general and believe there should be a public statement about the unprecedented search of Trump’s home. Those officials believe that the silence is harmful to the department’s and the public’s interest since Trump has filled the void and defined the aftermath of the search, Perez reported.

Why the DOJ’s options are limited

There are genuine questions about the justification for the search of Mar-a-Lago and whether an explosive step like entering the home of a former President was necessary or proportional. If the ex-President’s conduct did not merit such an intrusion it would be a scandal and demand congressional oversight — once the facts are known and any legal processes are complete. If the FBI and Justice Department obtained a warrant over some minor clerical issue, the search might seem disproportionate.

But given the predictable political uproar, and the caution of leaders like Garland and FBI Director Christopher Wray (a Trump appointee), the idea that this is over a trifling matter seems hardly credible.

There may be reasons specific to this case why it can’t be discussed publicly, like the involvement of classified documents, although a briefing to Congress in a closed session might be possible.

But while a decision from the FBI or DOJ to offer some explanation at this stage might quell some of the furor over the search and undercut Trump’s attacks on them, it would also pull them down a slippery political slope.

The traditional reticence in talking about ongoing cases is designed to protect the reputations of people targeted by search warrants and affidavits that support them in case they are innocent of offenses they are suspected of committing.

And Trump, after all, could publish the search warrant himself if he wanted. The fact that he has failed to do so and the increasingly unhinged tone of his attacks on the Justice Department are only deepening the impression he has something to hide. As is the fact that he, and not the FBI or Justice Department, broke news of the search in a transparent attempt to set a media narrative that he had been unfairly treated.

George Conway, a conservative attorney and prominent Trump critic, questioned whether there was anything to be gained by the Justice Department bowing to Republican pressure and making a public statement.

“I really don’t think they need to say anything more than what their procedures are, what their processes are generally for the issuance of search warrants and the conduct of investigations generally,” Conway told CNN’s Anderson Cooper.

“I think the whole point of the rule of law is that the law applies equally to everyone.”

Any public statement would also draw comparisons with then-FBI Director James Comey’s decision to speak publicly about reopening an investigation into Hillary Clinton’s email server just days before the 2016 election, which led to accusations he was playing politics and drew the FBI into a political morass. The episode was an object lesson on why the FBI typically follows its own protocols and avoids political calculations.

Republicans have spent years attacking Clinton over her use of a private email server while secretary of state and have been quick to argue that the FBI’s treatment of Trump has been unfair, even when they were cheering for similar scrutiny of the 2016 Democratic presidential nominee.

Garland has in the past said that silence about such matters is vital to ensuring the integrity of an investigation and the privacy of those involved, in line with a convention that public statements are often only made if someone is charged.

In a speech earlier this year, the attorney general acknowledged frustration about the department’s reticence to talk about its inquiries into the US Capitol insurrection.

“I understand this may not be the answer some are looking for. But we will and we must speak through our work. Anything else jeopardizes the viability of our investigations and the civil liberties of our citizens,” Garland said.

When he took office, President Joe Biden argued that it was important to restore the quasi-independence of the Justice Department and the White House, which Trump repeatedly trampled. Aides said, for instance, Biden was unaware of the search at his predecessor’s home until he saw it on the news. But Garland is not the first senior Washington official to discover that attempts to fence investigations off from politicization are impossible when Trump is involved.

GOP attacks suggest Trump is above the law

One of the most remarkable, and yet characteristic, features of the Republican criticism of the Justice Department is that wild claims of political persecution are being made by those with no apparent knowledge of whatever potential crime Trump may have committed. All that matters to GOP politicians, who see their own political fortunes tied to him, is that Trump is under attack.

The top House Republican, Minority Leader Kevin McCarthy, for instance, accused Democrats of abuses of power on Wednesday and told his members in a Facebook post, “NOW is the time to speak up and be LOUD.” His comment suggested that the volume of the outrage was more important than the factual issues at stake — showing how deeply the possible future speaker has learned the lessons of Trumpism. This kind of reaction also helps explain why even if the Justice Department were to ease its policy on discussing an ongoing investigation, it wouldn’t help quell the GOP outrage. It wouldn’t matter what was said, since it would be manipulated, taken out of context and discredited by Trump’s propaganda machine anyway.

Another extraordinary feature of the GOP uproar over the search is the claim, made without evidence, that the DOJ specifically targeted Trump simply because he is a former President and potential 2024 candidate who could take on Biden.

“They have turned the machinery of government and law enforcement into a weapon to attack their political enemies,” GOP Sen. Ted Cruz of Texas said on Fox News on Tuesday. Such claims ignore how Trump used the power of the presidency to try to fix elections, for instance, in leaning on Ukraine to investigate Biden and later in seeking to overturn the result in 2020.

In her statement on the search at Mar-a-Lago, New York Rep. Elise Stefanik, the No. 3 Republican in the House, suggested that Trump was targeted since he was “the likely 2024 Republican candidate for President of the United States.”

This is a senior Republican setting up a premise that a former President, who has yet to even officially declare a political campaign, should be immune from investigation.

That does not just amount to the politicization of justice. It’s a recipe for the collapse of the rule of law, which is supposed to apply to everyone in democratic societies like the United States.