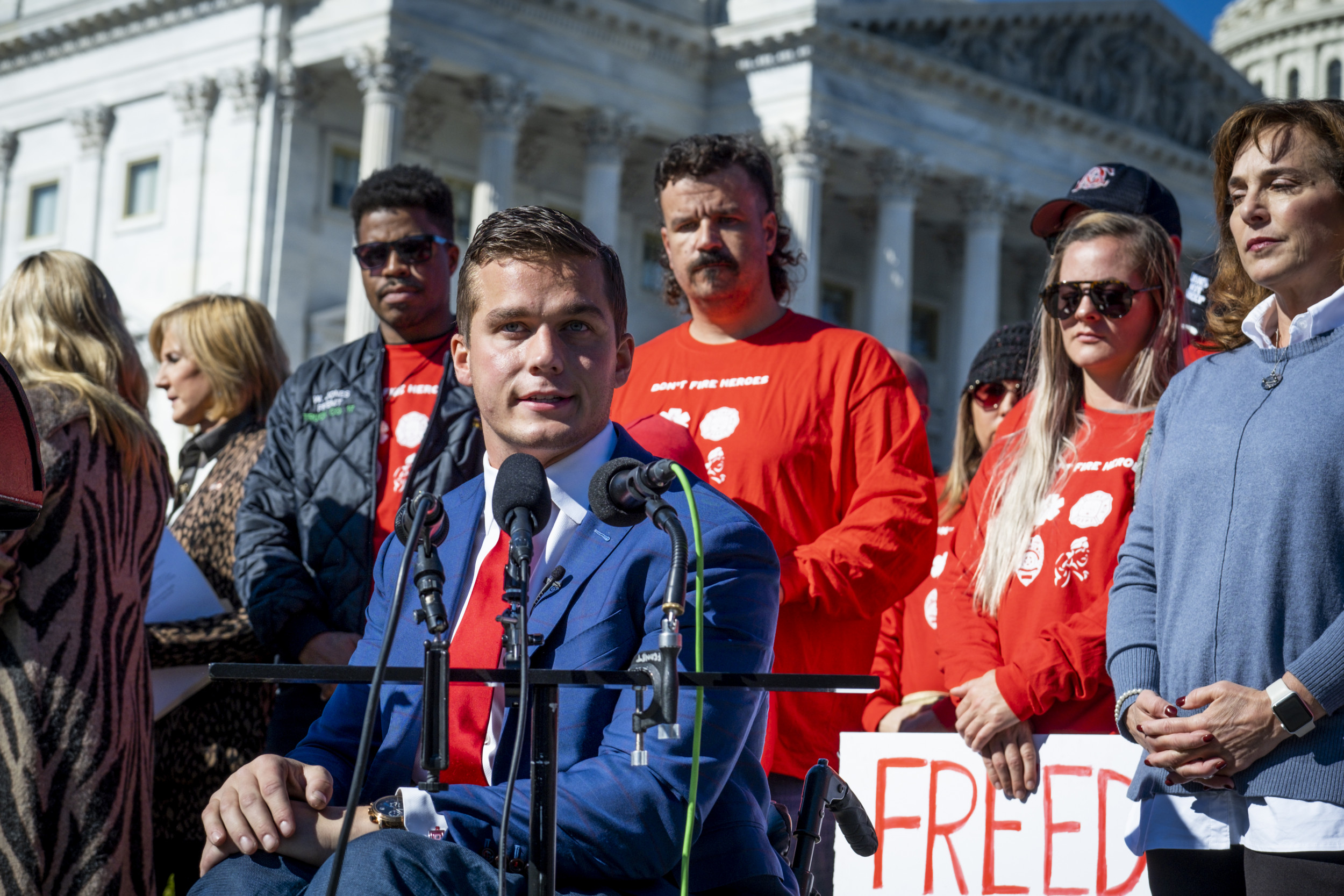 The FBI raid of Donald Trump‘s Mar-a-Lago residence has fueled a multitude of assessments, analyses and conspiracy theories as America unpicks the circumstances leading up to the investigation.

Among these are “deep state” theories, essentially arguing that elite powers within the the government are covertly directing the action against the former President.

One of the more esoteric interpretations came from North Carolina Republican Congressman Madison Cawthorn, who reached deep into Ancient Roman history for an analogy that has proven to be strained at best.

In a tweet sent on August 9, 2022, Cawthorn claimed that the raid echoed the actions of Roman dictator Sulla, who led and won the first full-scale civil war in Roman history.

Part of Cawthorn’s comparison is that Sulla’s rise to power—and the ensuing downfall of a group of powerful magistrates called the Tribune of Plebs—mirrors the action of “Biden’s FBI” with regards to the raid on Mar-a-Lago.

The claim drew scorn from liberals and history buffs alike, with some accusing the North Carolina Republican of misrepresenting the ancient events.

Not wishing to claim expert knowledge on the history of the Roman Republic, Newsweek spoke to several historians to see if they thought Cawthorn’s analysis was fair.

While some noticed potential parallels, most disagreed with his assessment.

Dr Rebecca Usherwood, an Assistant Professor in Late Antique and Early Byzantine Studies at Trinity College Dublin, Ireland, whose research focuses on the political history of the Roman and later Roman empire, was among them.

Dr Usherwood said it was “unclear” what period of Sulla’s rise to power he was referring to, whether it was the civil war or his rule as dictator.

To be clear (as noted by Dr Usherwood) “dictator” was an official office in the Roman Republic, and wasn’t thought of in the way the word is interpreted today.

“Sulla was actually a conservative figure, so the comparison to Biden doesn’t quite work (although) I suppose he could make the case that Biden represents the interests of the political elites,” Dr Usherwood said.

“The Tribune of the Plebs was a powerful and disruptive magistracy in the Roman republic. There were several of them at a time (4-10 depending on the period), and they were created to uphold the rights of the regular people of the Republic against political/economic domination by the richer elite.

“Their most potent tool was the right to veto acts of the Senate, which could effectively block political activities.

“They were sacrosanct, so it was a huge taboo to harm them in any way. However, this did happen—most famously, the Gracchi brothers were killed in the process of trying to enact land reforms that would have taken economic power from the elite.”

As Sulla came to power during the late Roman Republic, he was responsible for reforming the political apparatus and represented the most conservative interests of the Senate.

“He killed a huge quantity of aristocrats, but this didn’t target the tribunes of the Plebs in particular. His reforms from 82-8 BCE effectively neutered the magistracy of Tribune of the Plebs, but it would be inaccurate to describe this as persecution or killing,” Dr Usherwood added.

“Murders of tribunes happened, but the famous killings of the Gracchi took place decades earlier.”

Dr Edwin Shaw, lecturer in the Department of Classics and Ancient History at the University of Bristol in the UK, made a similar assessment.

“I think he means primarily to refer to the deaths of Tiberius Gracchus in 133 BC and Gaius Gracchus in 121 BC—which better fits his argument about the violent suppression of challenges to the status quo—rather than to the actions of Sulla in the late 80s BC.

“Nonetheless, there are a few episodes of the politically-motivated deaths of tribunes in this period so he sort of gets a pass there.”

However, Dr Shaw said Cawthorn’s description of “commonplace” killings was an overstatement.

“This highlights the major problem with the comparison, that Sulla’s actions took place in the aftermath of a period of literal civil war, which had involved armed clashes between Roman armies and their allies, and resulted in Sulla’s entry into Rome at the head of an army,” he added.

“Sulla’s large-scale political murders (known as the “proscriptions”) were effectively the final stage in attempting to suppress political resistance and stabilize his position in the aftermath of this civil conflict.”

So, as Dr Shaw explained, Sulla’s murderous attempt to cement his authority took place after the civil war, unlike Cawthorn’s explanation, which suggested this suppression occurred as Sulla rose to the seat of power.

Furthermore, Dr Shaw told Newsweek that Cawthorn had made a “clearly reductive and emotive comparison in drawing a parallel between the bounded application of the law on the one hand, and political murders, in a context of civil war, reliant on the rule of armed force on the other.”

Others historians Newsweek spoke to were far more emphatic.

Richard Alston, a Professor of Roman History at Royal Holloway, University of London, England, described Cawthorn’s characterization as “100% wrong” and “about as bad a version of Roman history as you can get.”

He said: “The traditional aristocracy, of which Sulla was a leading member, opposed Marius (whom Sulla fought against in civil war to claim the Roman Republic) because he was not in the establishment.

“Their opposition to the tribunes centered on those tribunes’ schemes for land redistribution and the protection of civil rights.

“Sulla defended the right of the very wealthy against those who threatened that wealth and the social and political privileges garnered by the super-elite of Rome.

“Quite what the good senator has in mind is beyond me, but if I read right, there is an assumption that Trump is the tribune of the plebs afflicted by some sort of dictatorial state. This would seem to be just about 100% wrong.”

Professor Shaw did make one comparison between the rise of Sulla and modern day U.S. politics; specifically, the January 6 Capitol attacks.

“Of course, all these historical parallels are extreme. Trump did not take the powers of arbitrary execution: identification of enemies via Twitter assault is, of course, on a different scale.

“These Roman parallels were also exploited by Mussolini in his march on Rome in 1922. There is an evident close parallel with the assault on the Capitol.”

Dr Carey Fleiner, a Senior Lecturer in Classical (Roman) History at the University of Winchester, England, said that Cawthorn “to put it politely, has no clue about Sulla, what was going on with the Tribunes, or the history of the late Roman Republic in general.”

“To order a hit on a Tribune, Sulla would have had to request the Senate to make that tribune officially an ‘enemy of the people’ in consultation with the Senate—and even though he was ‘dictator,’ Sulla still very much supported and was a part of the Senate and the Senatorial class—although, that said, in his free time, he preferred to associate with ordinary folks down at the tavern, something his enemies mocked him for.

“Succinctly: Mr Crawford has no idea what he’s on about. Half-baked and half-remembered lessons from history, really. It’s not only an inaccurate comparison, but one made in the ignorance of inflammatory rhetoric.”