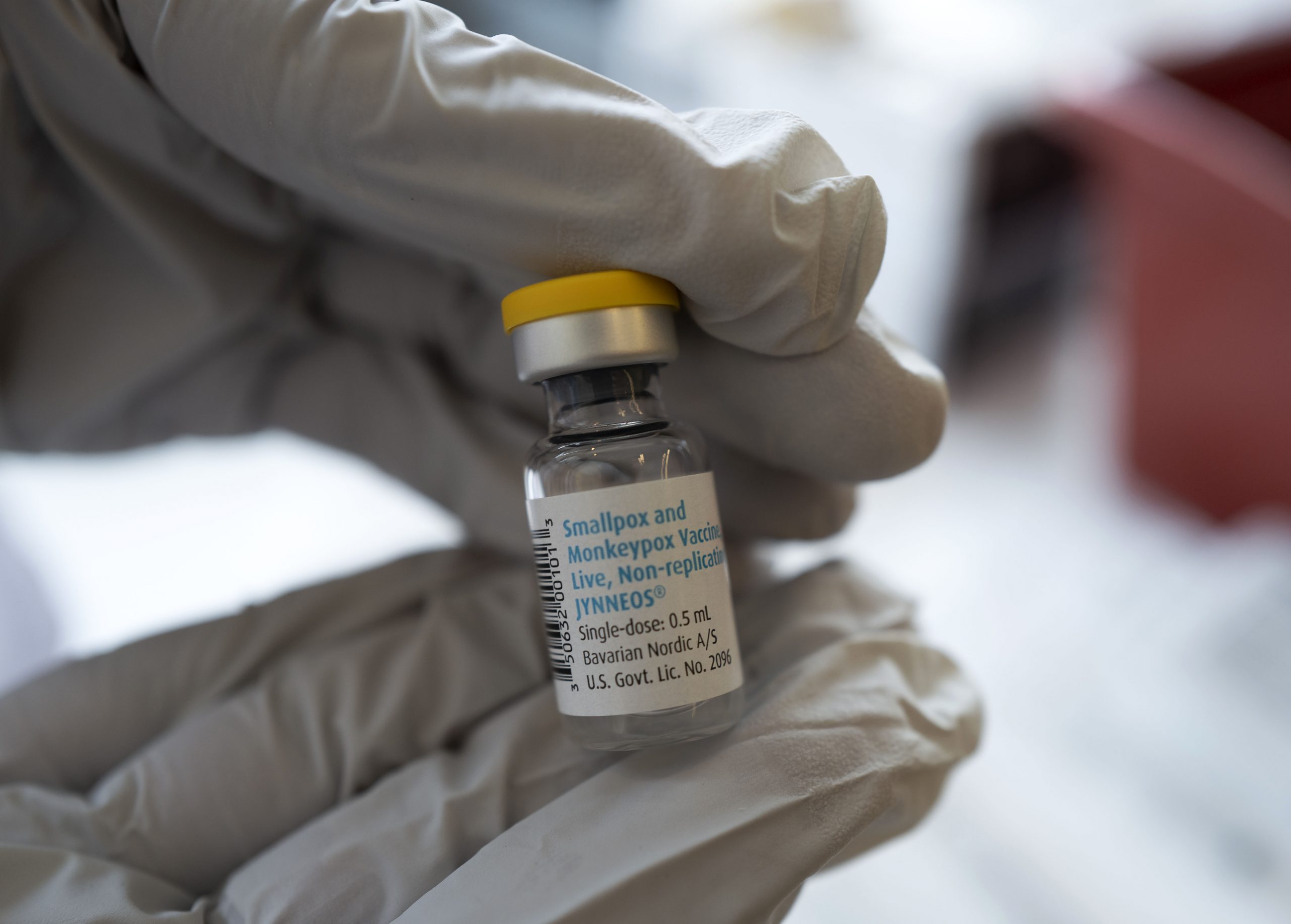 However, officials are unsure how long that strategy will work, particularly if cases increase sharply in the weeks ahead and whether the virus spreads outside the community of men who have sex with men.

Nearly 9,500 monkeypox infections have been reported, according to the CDC, up about 50 percent in the last week. Nearly all cases have been reported in men and CDC Director Rochelle Walensky has urged men who have sex with men, including those who are vaccinated, to avoid skin-to-skin contact with infected people.

The administration is trying to shore up more vaccines by striking deals with companies — including Grand River Aseptic Manufacturing in Michigan — to bottle doses, a process known as “fill and finish.” The vaccine that needs to be bottled is currently stored by Bavarian Nordic in Denmark, the officials said. There are as many as 12 million doses available in that stockpile, the two people with knowledge of the matter said.

Once the deals are finalized and the vaccines bottled, American regulators will likely have to inspect the doses before they are distributed. Depending on what agreements the Biden administration strikes, the process could stretch into 2023, one of the senior administration officials said.

That timeline is also dependent on how many doses the U.S. pulls from the stockpile in Denmark for fill and finish.

The CDC is collecting case information from states, but the agency is still working to set up a system to track the transmission of the virus and to model how it could change over the course of the next several months, one of the people with knowledge of the matter said. The CDC did not respond to questions about its monkeypox modeling.

The Department of Health and Human Services did not immediately respond to a request for comment.

So far, the administration has secured just over 1 million doses from Bavarian Nordic, a Danish vaccine company. The U.S. needs about 3.2 million doses in total to fully inoculate the more than 1.6 million at-risk Americans. More than 600,000 doses have made it out to the public with thousands more rolling out in the coming weeks.

While the dose-sparing strategy announced Tuesday received broad support from top health officials, the data on this approach is limited to one 2015 study — first reported by POLITICO. There is no clinical trial or real-world efficacy information available that backs up the administration’s recommendation. The NIH is developing a study. The CDC is also working to gather efficacy data from states.

The administration could revert back to recommending providers administer the full dose of the vaccine normally via a subcutaneous administration — under the fatty tissue of the skin, one of the senior officials said.