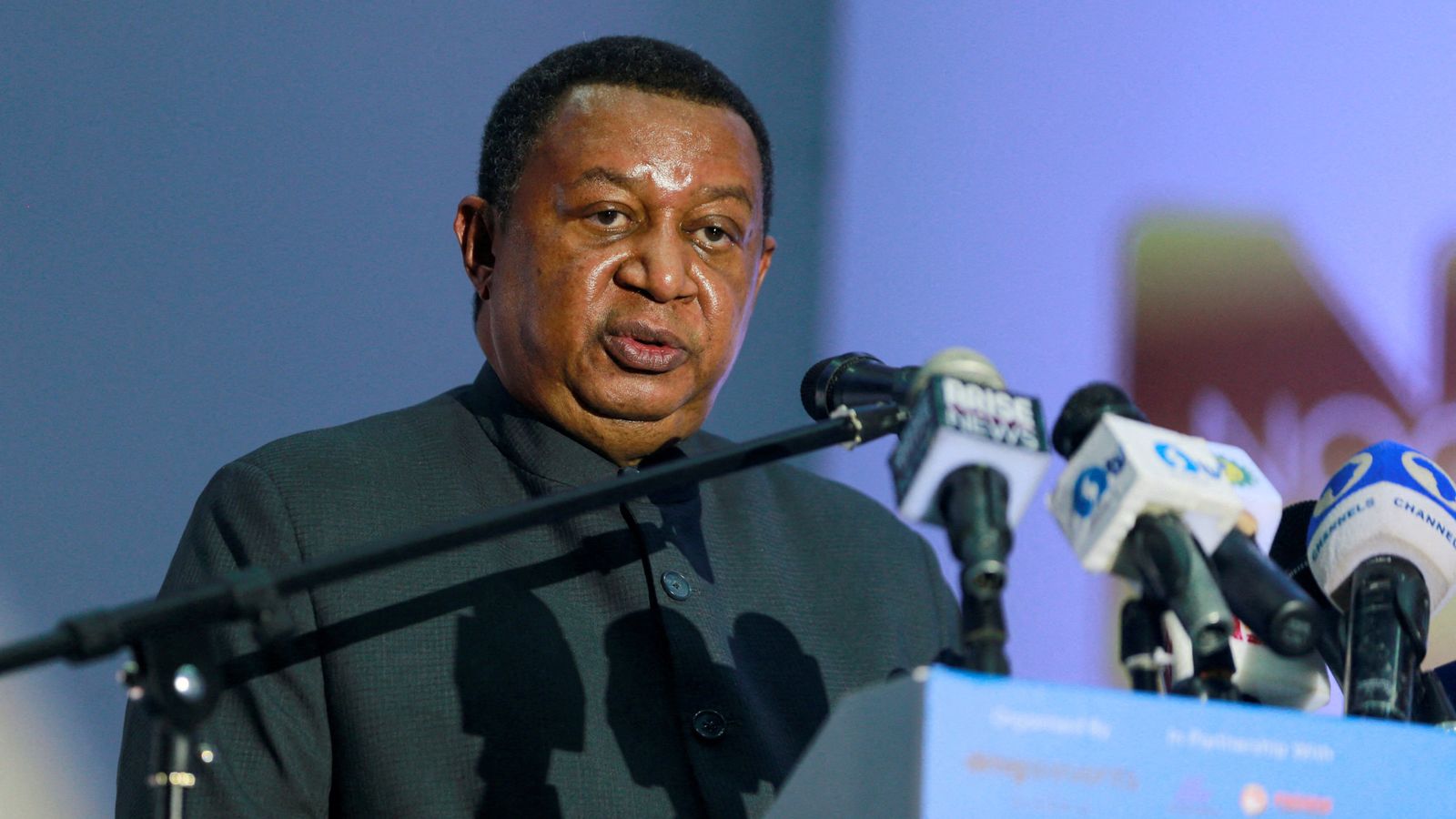 The boss of OPEC – the powerful cartel that represents many of the world’s biggest oil producers – has died at the age of 63.

The cause of his death is not immediately known, but he reportedly died hours after meeting Nigeria’s president and speaking at an energy summit in the country.

Mr Barkindo’s time in charge of the Organisation of the Petroleum Exporting Countries (OPEC) – whose 13 member countries account for 80% of the world’s proven crude oil reserves – was due to end this month after six years.

He led the group through a dramatic oil price slump during the pandemic, when at one point some producers had to pay people to take oil off their hands.

His legacy is likely to be defined by the OPEC+ deal, struck at the start of his tenure in 2016 with Russia and other non-OPEC countries.

The group significantly cut production in order to steady the oil price as COVID hit.

However, the agreement has come under extra scrutiny amid Russia’s invasion of Ukraine and the current high oil prices that are fuelling soaring petrol prices.

OPEC said it was a “profound loss” for the oil industry and called him a “selfless man of great humility and decency”.

In a statement, OPEC said he served “with great distinction and helped it successfully navigate through two major industry downturns (2015-2016 and 2020-2021)”.

In his keynote speech in Abuja hours before his death, Mr Barkindo said the oil and gas industry, still reeling from the enormous investment losses of recent years and is “under siege”.

“In a very short timespan, the industry has been hit by two major cycles – the severe market downturn in 2015 and 2016, and the even more far-reaching impact of the COVID-19 pandemic,” he said.

Born in Yola, Nigeria, he studied a post-graduate degree in petroleum economics at Oxford University and an MBA at Washington University.