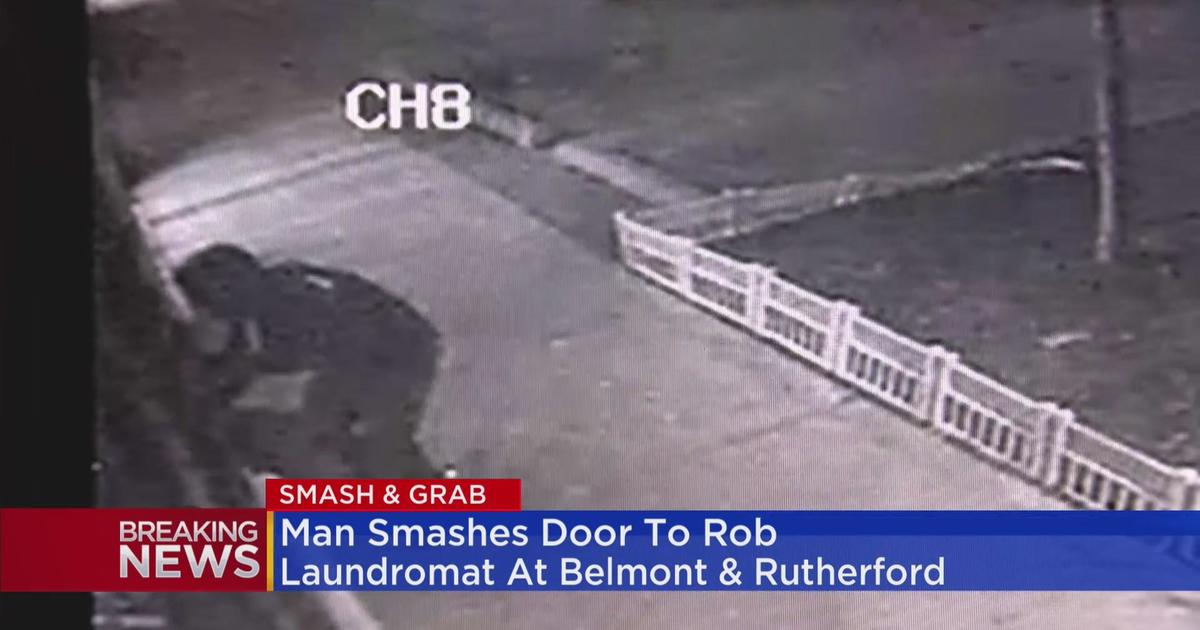 CHICAGO (CBS) — Our nonstop news crew was on the scene of a robbery overnight at a laundromat.

This happened on Belmont near Rutherford in the Montclair neighborhood.

The thief can be seen on surveillance video throwing a rock to shatter the front door glass of the laundromat.

The manager says the thief who broke in got away with about $10 in quarters. He believes it’s the same person who robbed them last week and stole $500.