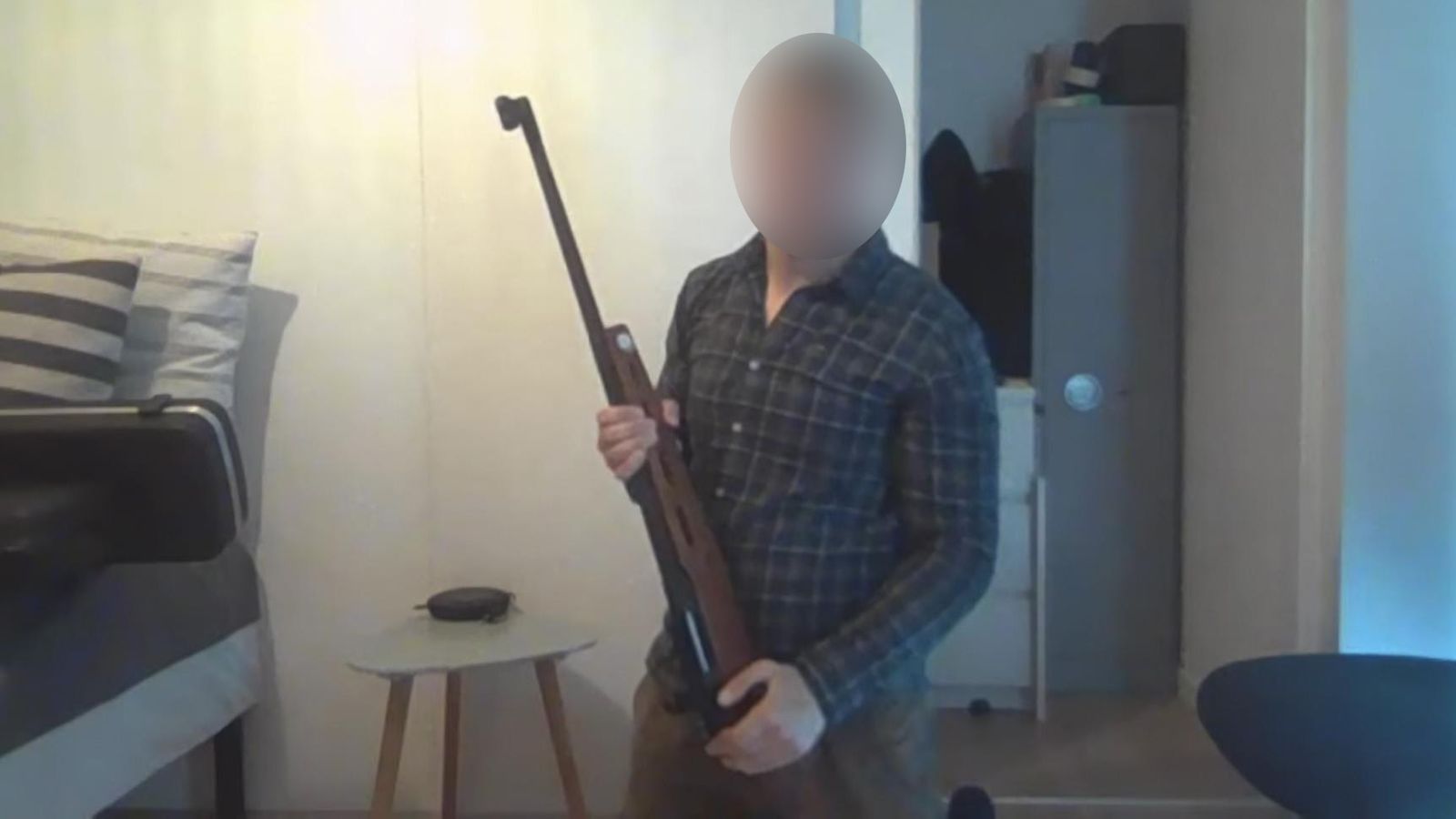 The day before the shooting at a shopping mall in Copenhagen, a man believed to be the 22-year-old suspect arrested by Danish police uploaded several videos to YouTube.

Three of these videos shared the same title of “I don’t care” and featured the man pointing a hunting rifle and a pistol towards his own head.

In the description field of one of the videos, the uploader wrote “Quetiapine doesn’t work” referencing an anti-psychotic drug licensed in Denmark to treat schizophrenia, bipolar disorder, and major depression.

On Monday, Copenhagen Police said a man charged with shootings was remanded to a psychiatric ward for 24 days by the city’s court.

Pictures of the gunman at the shopping mall matched the clothing worn by the suspect on YouTube, including a sleeveless vest and khaki cargo shorts.

The man does not speak during the videos, but poses in various positions pointing the hunting rifle against his own head while demonstrating pulling the trigger.

These videos and the suspect’s channel have now been removed from YouTube for what the platform said were violations of its community guidelines.

A spokesperson told Sky News: “Our hearts go out to the victims of this terrible tragedy in Copenhagen.

“Following the abhorrent attack, our Trust and Safety teams identified and quickly removed violative content, in accordance with our Community Guidelines.

“We are continuing to monitor the situation and work cooperatively with the authorities,” they added.

Sky News was able to watch the videos and record them in the aftermath of the shooting before they were taken down.

Danish police say there is no indication that the shooting on Sunday was terror related and that they believe the gunman most likely acted alone and selected his victims at random.

Three people died, with several other people injured, four of them critically. 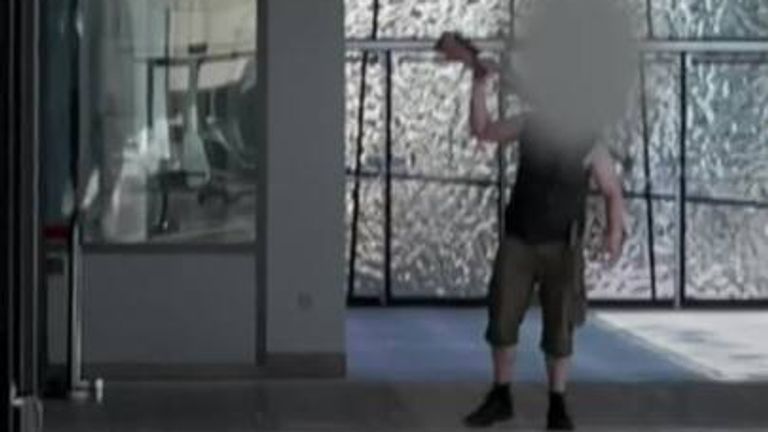 At a press conference on Monday morning, Copenhagen chief inspector Soren Thomassen said one of the three killed was a Russian citizen living in Denmark, while two Swedes and two Danes were critically wounded.

Mr Thomassen said the suspect would be arraigned later Monday on preliminary charges of murder.

Police were called at 5.37pm and 11 minutes later they had arrested the suspect, a 22-year-old described as an “ethnic Dane” – understood to mean he was white and from Denmark.

The incident happened at the Fields shopping centre to the south of Copenhagen.

Footage shows the alleged gunman wearing a vest or sleeveless shirt and holding what appeared to be a rifle. 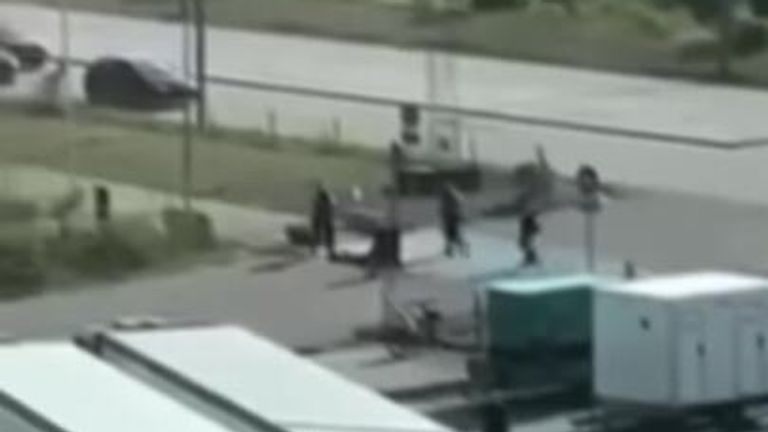 The moment the shooting suspect was arrested

Denmark’s prime minister, Mette Frederiksen, said the country had been hit by a “cruel attack”.

“It is incomprehensible. Heartbreaking. Pointless,” she said.

“Our beautiful and usually so safe capital was changed in a split second.”

It was the worst gun attack in Denmark since February 2015, when a 22-year-old man was killed in a shootout with police after going on a rampage in the capital which left two people dead and five police officers wounded.