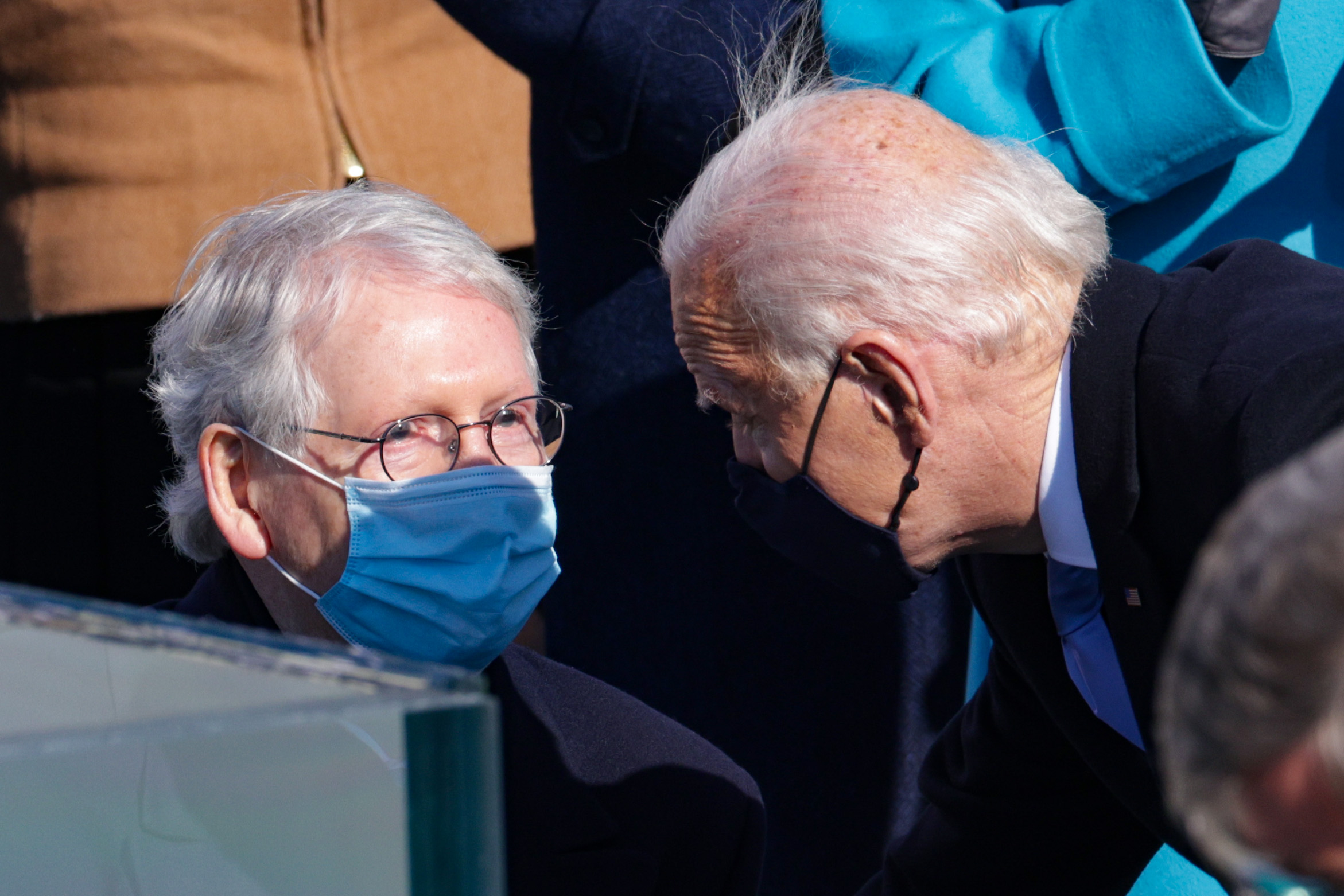 Days after the demise of Roe v. Wade, President Joe Biden has reportedly struck a deal with the Senate‘s top Republican that involves giving an anti-abortion lawyer a lifetime judicial appointment.

The Louisville Courier-Journal reported Wednesday that Biden will nominate Chad Meredith as a judge in Kentucky in what sources said is an apparent arrangement to shepherd his other federal nominations through the Senate. The reported deal comes as Biden faces pressure to protect abortion rights after the Supreme Court struck down federal protections for the procedure on Friday.

Representative John Yarmuth, Kentucky’s sole congressional Democrat, confirmed to the Courier-Journal that Meredith will be nominated to the federal bench. Yarmuth, and other sources, told the paper the nomination is evidently part of a deal with Senate Minority Leader Mitch McConnell, of Kentucky, to not obstruct Biden’s future federal nominations.

At the moment, there are no federal judicial vacancies listed in Kentucky.

“Given that a judicial position isn’t currently open on the Eastern District Court, it’s clear that this is part of some larger deal on judicial nominations between the president and Mitch McConnell,” Yarmuth told the Courier-Journal. “I strongly oppose this deal and Meredith being nominated for the position. That last thing we need is another extremist on the bench.”

Meredith’s resume makes him an unusual judicial nomination for a Democratic president.

He is listed as a member of the Federalist Society, a conservative legal group. Law firm Squire Patton Boggs announced in January it had hired Meredith as “of counsel,” after he previously served as Kentucky’s solicitor general under Republican Attorney General Daniel Cameron. Before that, he served as chief deputy general counsel to Republican Governor Matt Bevin.

Before his 2019 defeat by Democratic Attorney General Andy Beshear, Bevin signed multiple bills restricting abortion in Kentucky, which he touted during his re-election campaign.

While serving as deputy counsel, Meredith defended a challenge to a 2017 Kentucky law requiring doctors to first perform an ultrasound on patients seeking an abortion and describe the image.

Meredith told a federal appeals court in 2018 that the law ensures women fully understand their decision, saying “not every patient understands the consequences of the abortion procedure,” according to 89.3 WFPL News.

“This is right in the heartland of what states are permitted to do to regulate medicine,” Meredith said. “There are a number of patients who don’t understand the nature of the fetus within them.”

Kentucky Right to Life has written glowingly of Meredith. The group wrote in a 2020 post on its website that it “has been very impressed with Attorney Meredith’s abilities. He represented Kentuckians in numerous legal cases brought against the pro-life laws passed by our General Assembly during the Bevin administration.”

Planned Parenthood Alliance Advocates—East, a reproductive rights group that includes Kentucky, panned the news that Meredith was up for an appointment.

“Lifetime appointments to federal courts for people with records like Chad Meredith are unacceptable and the reason we have lost the federal right to abortion,” the group said in a tweet. “We deserve better.”

Newsweek has reached out to Meredith, the White House and to the offices of McConnell and Yarmuth.