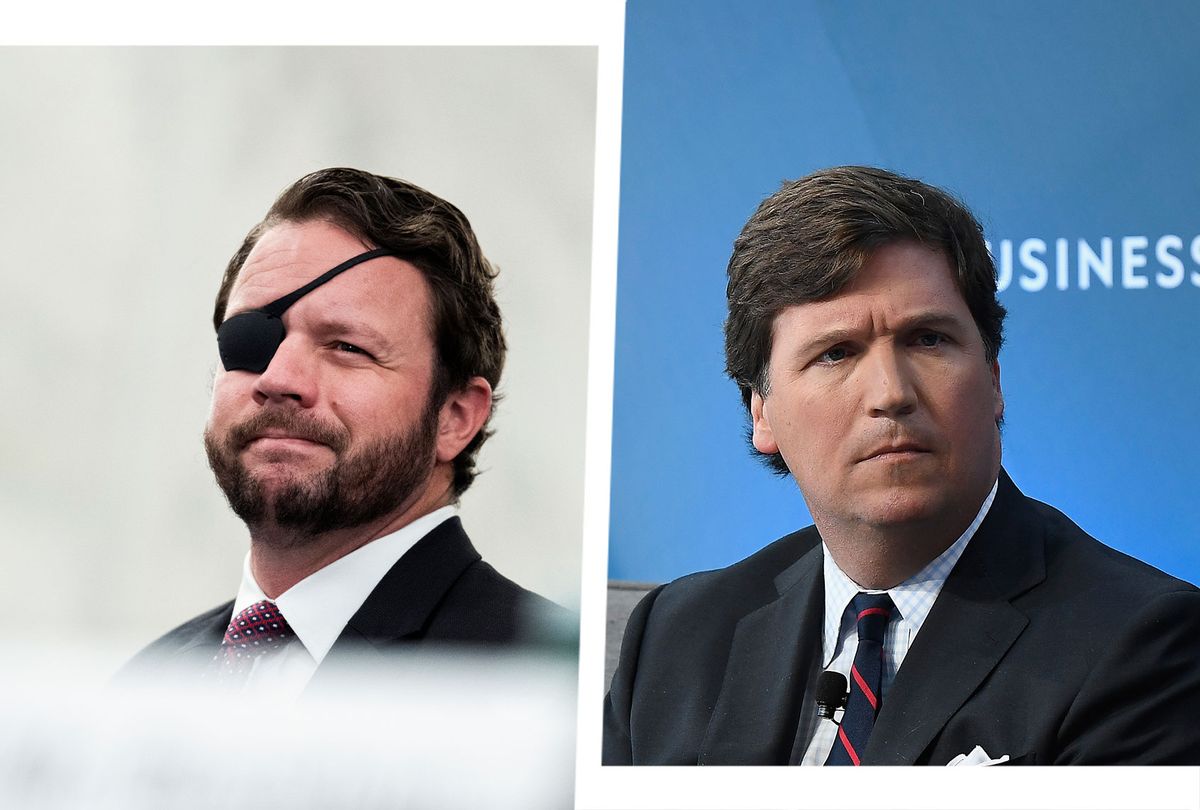 Fox News host Tucker Carlson lashed out Rep. Dan Crenshaw, calling him “eyepatch McCain” to suggest that the lawmaker’s support for U.S. aid to Ukraine was like that of the late Sen. John McCain, R-Ariz., a notorious war hawk.

Carlson’s comment came during a monologue in which the conservative pundit castigated conservative lawmakers for providing military and humanitarian aid to Ukraine, which is under Russian siege, when they could be worrying about America’s baby food shortage.

“Why is Congress so focused on Ukraine but you can’t find baby formula, you can’t even fill your truck because things in our economy are declining really rapidly,” Carlson said. “Don’t ask questions, according to Congressman Dan Crenshaw of Texas, asking questions like that, really any questions at all, thinking you’re a citizen, makes you pro-Russia.”

“The more I think about it, it takes a lot of gall for eye patch McCain to attack moms who are worried about baby formula as pro-Russia,” Carlson added. “That is probably one of the most outrageous things I have ever heard now that I am thinking about it. Why not just answer the question, why the attacks? What does that tell you?”

Carlson’s remarks came in response to a Fox News interview Crenshaw gave that same day, during which the Texas Republican called the Republican arguments on Ukraine aid “depressing” and “almost pro-Russia.”

“People are saying ‘we can’t put baby formula on our shelves but we are sending money to Ukrainians?'” he said. “My response to that is, do you know how much baby formula you can buy with $40 billion? None, because it is not a money issue, it is a manufacturing issue.”

This week, the Senate overwhelmingly passed a $40 billion aid package to Ukraine that the House approved last week. However, eleven Republican senators objected to the bill, with many of them questioning its price tag. Donald Trump has slammed the measure, criticizing the bipartisan effort to provide foreign aid as the country wrangles an unprecedented shortage in baby formula.

“The Democrats are sending another $40 billion to Ukraine, yet America’s parents are struggling to even feed their children,” Trump said on Friday.

The shortage stems largely from a recent product recall by Abbott Labs, one of America’s leading manufacturers of formula. On Monday, the FDA reached an agreement with Abbott to reopen its plant in Michigan, which shuttered in February, in an attempt to get production back on track. Current estimates indicate that eight states across the country have had at least 50% less baby food on store shelves since May 1.

RELATED: Baby food allegedly riddled with poisonous metals—and the Trump administration did nothing about it