Michael Cohen says Donald Trump told him if one of his kids had to go to prison to 'make sure' it was Donald Jr., not Ivanka - Patabook News
Patabook News
Skip to content 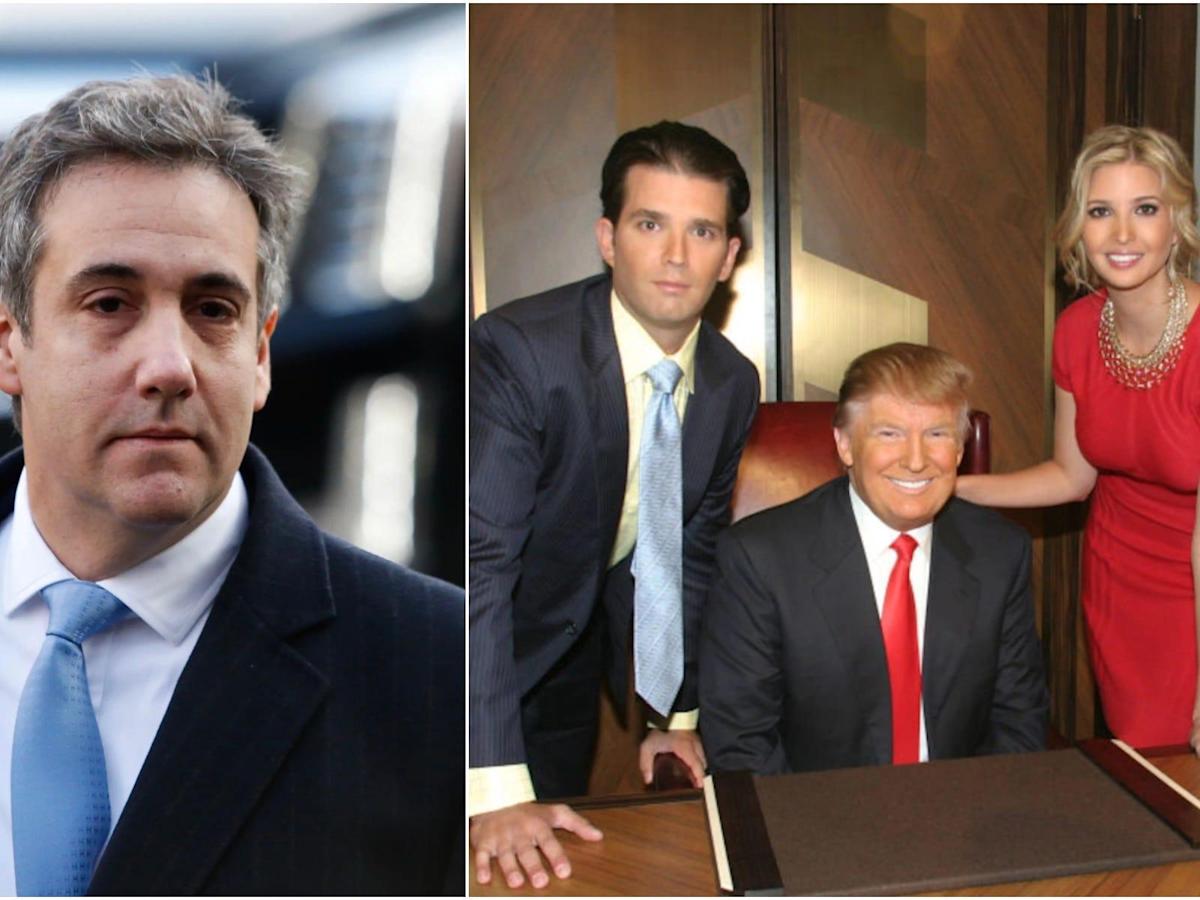 Donald Trump’s former lawyer and fixer Michael Cohen claimed Trump said that if one of his kids had to go to prison over the family business to “make sure” it was Donald Jr., not Ivanka.

Speaking to MSNBC on Saturday, Cohen said Trump gave him the instruction when his children were on the verge of being indicted by the Manhattan District Attorney’s office in 2012.

“You may recall that there was the district attorney’s case here for Trump Soho where it was either Don or Ivanka was in very big trouble as a result of lying about the number of units that had been sold,” Cohen told MSNBC’s Alex Witt .

“And Donald said it to me – I mean I wouldn’t say it if it wasn’t said directly to me – he goes ‘if one or the other has to go to prison, make sure that it’s Don because Don would be able to handle it.'”

Cohen spoke to MSNBC about the mounting pressure on the Trump family amid the probes into the Trump Organization’s financial dealings and the January 6 riot.

James has taken legal action to enforce the subpoenas issued to Donald Trump and his children Donald Jr. and Ivanka, who she says were “closely involved in the transactions in question.”

Meanwhile, the January 6 committee investigating the insurrection has asked Ivanka Trump to voluntarily cooperate with their probe.

Cohen said he believes there is “not a chance” that the former president would offer to cooperate with the investigations to shield his daughter from legal troubles.

“Donald cares only about Donald, more than he would care about his children,” Cohen told MSNBC.

Trump’s former lawyer also said that he believes the chances of the Trump children cooperating with either probe are “slim to none.”

Michael Cohen served as Trump’s personal lawyer for more than a decade before being targeted as part of a federal investigation into hush-money payments made to women who claimed to have had affairs with Trump in the 2000s.

In 2018 Cohen pleaded guilty to several crimes he committed while employed by Trump and was sentenced to three years in federal prison.

Since then, Cohen has been cooperating with prosecutors in several investigations into Donald Trump and the Trump Organization.