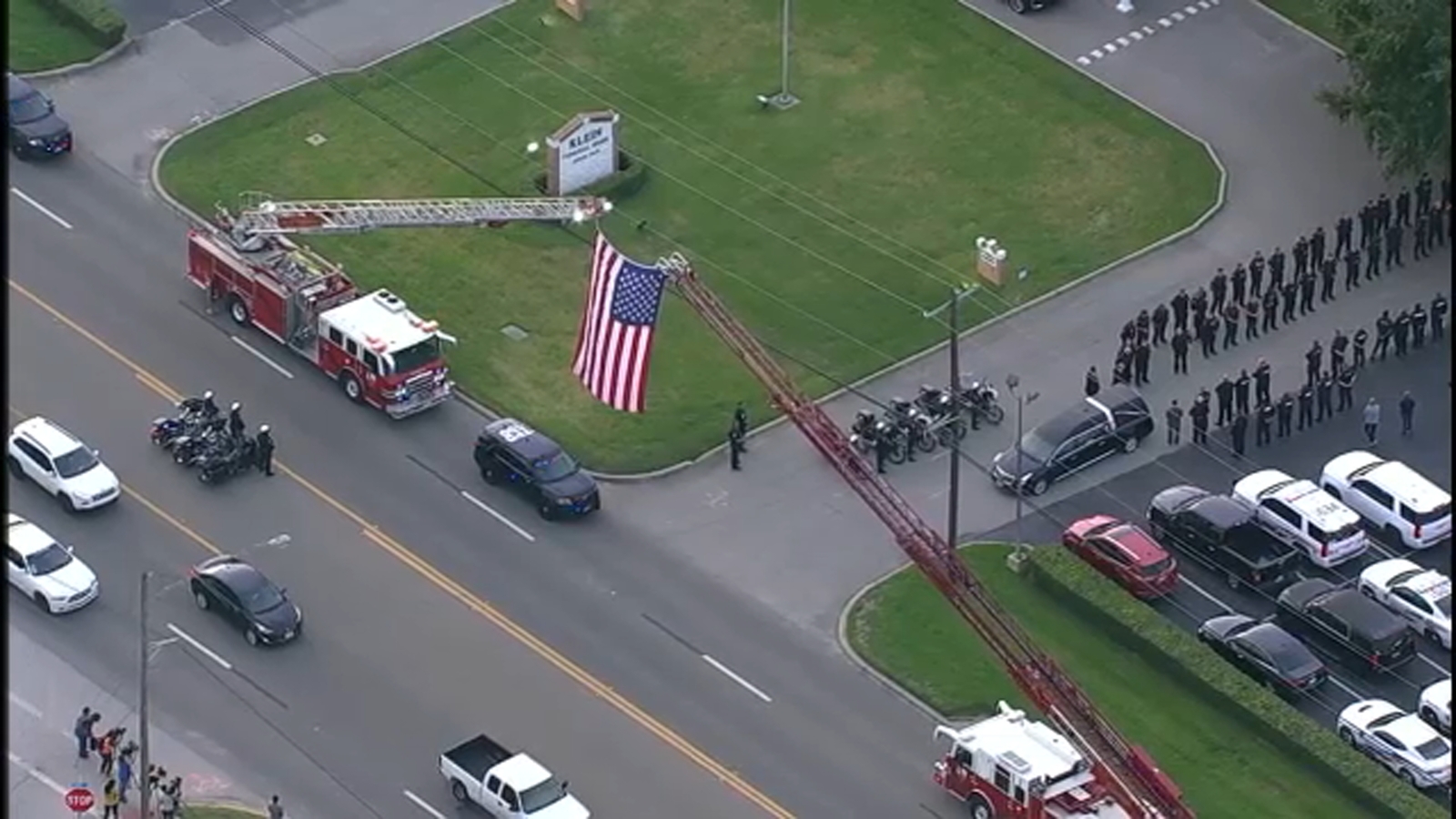 The body of Deputy Kareem Atkins was transported from the Harris County Medical Examiner’s office to the Klein Funeral home. The procession began Sunday at 5 p.m.

Atkins was shot to death, and two other deputies were injured, Saturday in what authorities are calling an ambush at a north Houston nightclub.

It happened around 2:15 a.m. in the 4400 block of the North Freeway near Crosstimbers at the 45 Norte Bar and Lounge.

The deputies were working an extra job at the nightclub when they tried to respond to a disturbance outside that may have been a robbery, according to Houston police, which is taking the lead in investigating what exactly happened.

Atkins and Deputy Darryl Garrett were making an arrest when police said a second suspect started shooting at them. Atkins was killed and Garrett was shot in the back multiple times.

A third deputy, Juqaim Barthen, heard those shots and came running. That’s when he was shot.

Garrett took the position at Precinct 4 back in March of 2018. He underwent surgery from the gunshot wound to his back and was in the ICU at Memorial Hermann Hospital. No update was given on Barthen, who has been with Precinct 4 since September 2019.

It wasn’t yet clear if the deputies were able to return fire, according to HPD Executive Assistant Chief James Jones.

On Saturday, Pct. 4 said Houston police said they had a suspect who was taken into custody near the scene. On Sunday, authorities said that after interviewing that individual, they do not believe he was the shooter.

Authorities said they are searching for a Hispanic man in his early 20s wearing a white T-shirt and blue jeans, who is believed to have been the shooter. He was described as a heavy-set man with a beard.

This deadly shooting comes nearly a month after a Houston police officer was killed, and another was hurt, during a shooting in northeast Harris County.