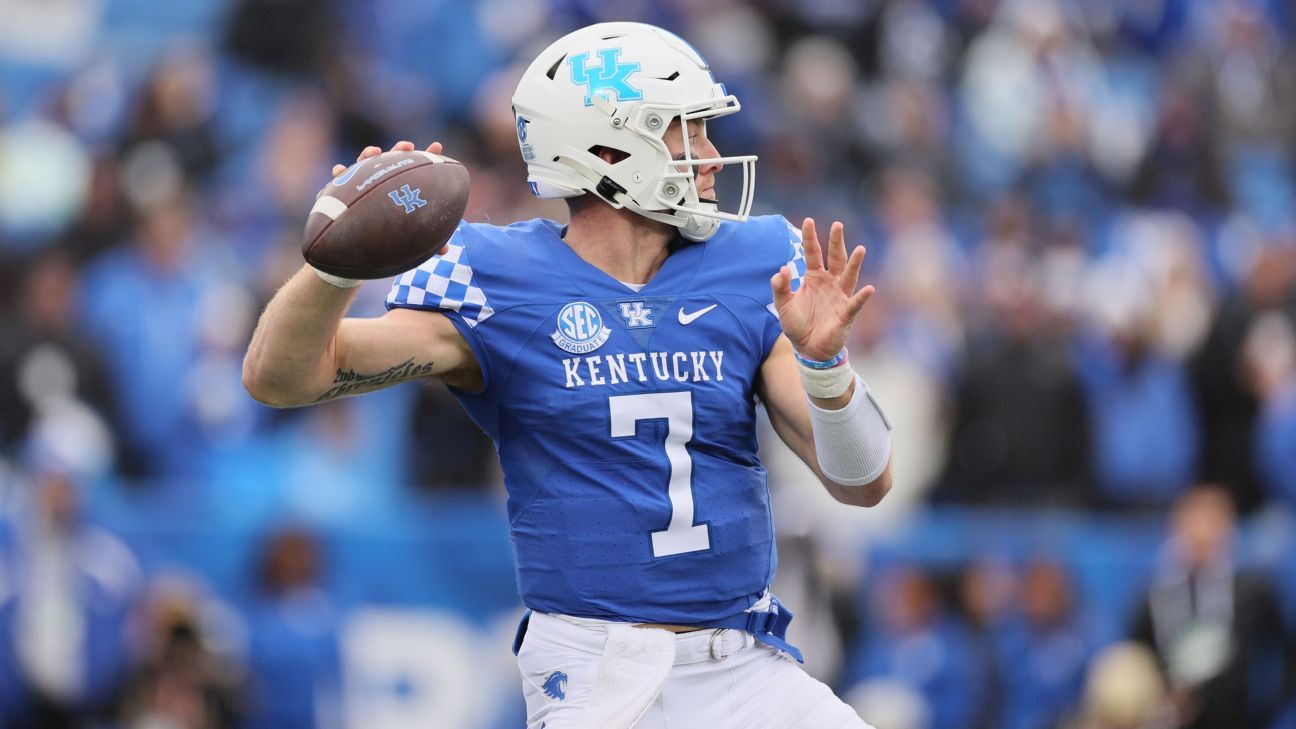 Kentucky quarterback Will Levis, a potential top-five pick, said during an interview on Twitter on Wednesday night that he intends to enter the NFL draft.

Levis, who could have applied for another year of eligibility because of the disruption of the 2020 season due to the COVID pandemic, said he’ll be making a decision on whether to compete in Kentucky’s bowl game soon.

“I’ll make an official announcement once I feel it’s necessary and appropriate,” he said. “But I do believe after this year I’ll be declaring.”

ESPN NFL draft expert Mel Kiper Jr. has Levis as his fourth-highest-rated prospect — one spot behind Ohio State quarterback C.J. Stroud and one spot ahead of Alabama quarterback Bryce Young.

Levis started his career at Penn State before transferring to Kentucky in 2021.

A turf toe injury limited Levis this past season, however. Levis missed one game and his rushing totals dipped significantly (minus-107 yards, two touchdowns), as Kentucky went 7-5. He threw for 2,406 yards, 19 touchdowns and 10 interceptions.

In other news for the Wildcats, running back Kavosiey Smoke is in the NCAA transfer portal as a graduate transfer, sources told ESPN.

Smoke has run for 1,583 yards, 13 touchdowns and averaged 5.4 yards per carry in his five seasons with the Wildcats.

Kentucky will learn which bowl game it will be competing in on Sunday.

McIlroy snubs Reed, in no mood for reconciliation
Hill wins title with 5-round pummeling of Teixeira
Shelton, Paul give U.S. 3 men in Aussie quarters
What’s next for the Canucks after coaching change?
What do teams have to give up for Sean Payton? Our reporters spell it out