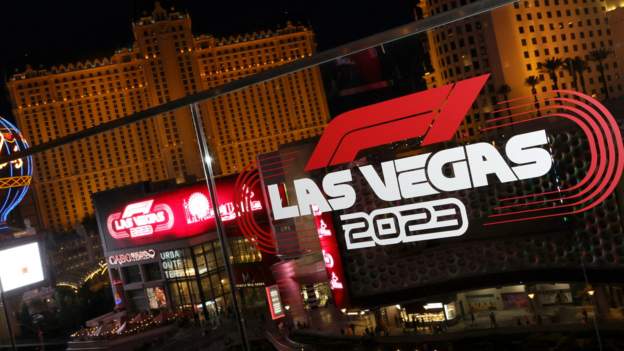 A record 24-race calendar has been confirmed by Formula 1’s governing body for the 2023 season.

The new race in Las Vegas and the return of Qatar and China makes next year the longest ever season despite the loss of the French Grand Prix.

The season begins in Bahrain on 5 March and ends in Abu Dhabi on 26 November.

Las Vegas will be the penultimate event on 18 November, while China has been given a 16 April date after a three-year absence due to the Covid pandemic.

Monaco and Belgium have retained their places after securing new contracts – Monaco’s until 2025, F1 announced on Tuesday; Belgium’s only for one year.

The British Grand Prix will be held on 9 July.

There remain some doubts about China as a result of the country’s management of Covid, in which lockdowns remain an ongoing strategy.

F1 will want reassurances from the Chinese government as to how it plans to manage any positive cases before the race goes ahead next year.

The calendar is put together by F1 but was confirmed on Tuesday by the world motorsport council of governing body the FIA, as dictated by protocol.

There were no details of the events that will be ‘sprints’, with a shorter race on the Saturday deciding the grid for the main Grand Prix.

F1 wants to increase the number of these from three to six in 2023, and agreed this with the teams in spring, but FIA president Mohammed ben Sulayem has so far been blocking the plan.

The FIA said in April that it wanted to study the impact of increasing the number of sprints on its staff and resources.

Ben Sulayem has asked for increased financial input from F1 for the FIA in return for his agreement, according to numerous senior sources close to the situation.

An FIA spokesperson told BBC Sport on Tuesday that there had been “no hold-up” on the sprint events but that it was “just not what’s being announced today”.

Pressed on why it had taken five months to still not reach an agreement, the spokesperson said they “were not aware there was a specific deadline”.

F1 president Stefano Domenicali said the increased number of races was a reflection of the fact that “Formula 1 has unprecedented demand to host races and it is important we get the balance right for the entire sport.

“We are very pleased with the strong momentum Formula 1 continues to experience and it is great news that we will be able to bring our passionate fans a mix of exciting new locations such as Las Vegas to the Championship with much loved venues across Europe, Asia and the Americas.”

Ben Sulayem said the record calendar was “further evidence of the growth and appeal of the sport on a global scale”.

Despite the expansion, there is no place for a race in South Africa in 2023.

Domenicali flew to South Africa in June to meet with representatives of the Kyalami circuit, but a deal could not be finalised for the sport to return to Africa.

Kyalami, a fixture on the calendar in the 1970s and early 1980s, last held a Grand Prix in 1993 and there has been no F1 race on the continent since then.

However, F1 is still working towards having Kyalami back on the calendar in 2024.