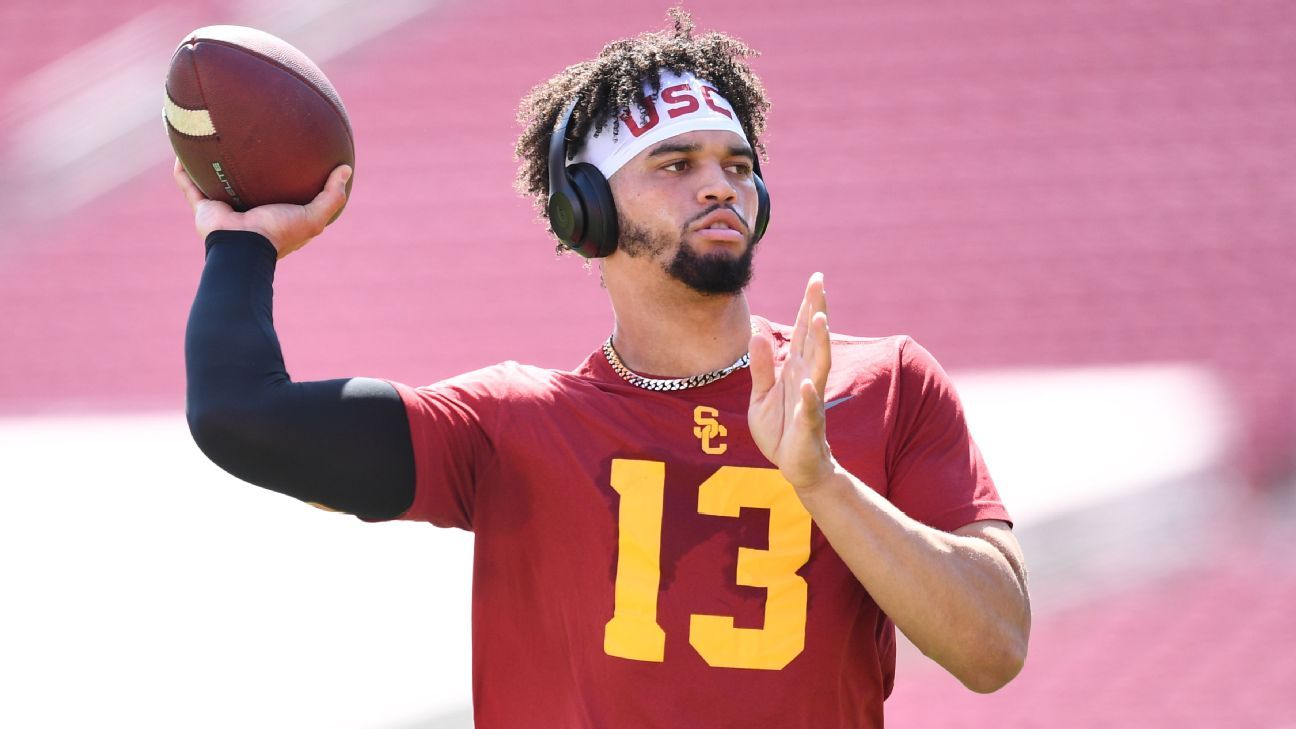 One year ago, the NCAA made the ground-breaking decision to allow all college athletes to transfer without having to sit out a season. Not too long after, another colossal moment in the sport occurred when student-athletes became allowed to profit off their name, image and likeness (NIL).

Those two changes resulted in what is now, essentially, college football free agency.

While the May 1 deadline to enter the portal for the 2022 season has passed, several notable players who entered prior are still in search of a new program, including reigning Biletnikoff Award winner Jordan Addison. Nonetheless, most of the dust has now settled, allowing us to analyze which programs gained and lost the most to the transfer portal this offseason with the help of PFF Wins Above Average (WAA).

PFF WAA is a measure of player value relative to the FBS average at their respective position. It shows how good a player is and how much their contributions mattered given the position played and competition faced during the season.

Players from the Power 5 that transferred down to the Group of 5 are also not included in the losses.

Who added the most value?

The rich get richer.

Alabama plucked five players out of the transfer portal, and each is expected to be a key piece to the team’s 2022 season. Cornerback Eli Ricks and running back Jahmyr Gibbs, both of whom are included in the Crimson Tide’s transfer class, are former All-Americans (Ricks third-team in 2020, Gibbs second-team in 2021).

Ricks produced a top-five coverage grade nationally back in 2020 as a true freshman. He was tasked with a heavy dose of man coverage and handled it like a professional. The former five-star led all Power 5 corners in man coverage grade for the year. Ricks’ physicality at the line of scrimmage and poise at the catch point make him a difficult cornerback to beat outright. An injury-riddled 2021 prevented the former LSU cornerback from capitalizing on his extraordinary true freshman campaign. Now fully healthy, he can do so in 2022 as a member of the Crimson Tide.

Gibbs comes from Georgia Tech, where he established himself as one of the most dynamic weapons in the country. As a receiver, on the ground and in the return game — Gibbs did it all for the Yellow Jackets at a high level. Since 2020, Gibbs ranks first in FBS in both PFF receiving grade (92.6) and yards per route run (3.10). He also ranked in the top three in the ACC in that timespan in both rushing and return grade.

And while Georgia transfer wide receiver Jermaine Burton doesn’t have the All-American accolade like Ricks and Gibbs, he has the potential to change that in 2022 with Alabama. He earned a solid 72.1 receiving grade and 2.38 yards per route run in 2021’s national title season, but with his burst, strong hands and route-running ability, Burton has all the traits to produce at an elite level with a star quarterback like Bryce Young.

Ole Miss head coach Lane Kiffin claimed to be “The Portal King,” and there’s a strong argument to be made that the title is completely justified. After all, he pulled double-digit players out of the portal who combined for nearly 10,000 snaps of experience and either have proven to be quality players or have breakout potential.

Quarterback Jaxson Dart, a top-20 recruit in the 2021 class, is the big name in the bunch, but perhaps the bigger storyline should be the Rebels’ new-look running back room. Ole Miss brought in former five-star Zach Evans out of TCU and Group of 5 gem Ulysses Bentley IV out of SMU to comprise one of the top one-two punches in the country. Evans averaged 7.3 yards per carry and 4.8 yards after contact per attempt while generating 29 explosive runs (runs of 10 or more yards) and 40 broken tackles from 146 carries in 2021. Meanwhile, Bentley turned in a 90.6 rushing grade in 2021 while averaging 4.20 yards after contact per attempt and breaking 30 tackles on 96 carries.

Not even baked into the team’s WAA gained total is the breakout potential of former USC tight end Michael Trigg, who figures to be a cornerstone piece in the team’s passing offense despite the former four-star recruit being limited to four games last season.

Defensively, Ole Miss brought in multiple starting-caliber players, including one of the best off-ball linebackers at the Group of 5 level in Troy Brown. The Central Michigan product totaled 33 passing stops, 14 combined forced incompletions and interceptions alongside his 94.1 coverage grade since 2019 — all of which are top three among FBS off-ball linebackers in that span.

No program brought in more experience out of the portal than Brian Kelly’s LSU Tigers. In fact, their 15,129 career snaps gained are the most in the country by over 1,000 and over 4,000 more than the third-most.

Perhaps the most interesting storyline is the newly revamped secondary. While the team did lose a star in Ricks, it gained five defensive backs with starting experience and at least 950 snaps on their collective résumé. Mekhi Garner, formerly of Louisiana, and Jarrick Bernard-Converse, formerly of Oklahoma State, headline the group. The two outside corners rank in the top 20 nationally in coverage grade since 2020. Garner allowed zero catches in a whopping 10 games in that span while Bernard-Converse tied for the most pass breakups in FBS with 18.

One of the most intriguing players from their entire transfer class — guard Tre’mond Shorts — isn’t included in their WAA gained total due to coming from the FCS’ East Tennessee State. The 6-foot-4, 326-pound lineman earned a 90.0 pass-block grade and allowed just five pressures on 400 pass-block snaps at left tackle in 2021. The strength of competition was, of course, low, and it will be massively different in the SEC, but he still has the traits to be a high-quality guard for the Tigers.

The morale around the USC program is night and day from what it was a year ago, as it made a power play by poaching head coach Lincoln Riley from Oklahoma, and the impact from his hire have been significant, both from a recruiting and transfer standpoint.

The two biggest additions came with Riley from the Sooners in quarterback Caleb Williams and wide receiver Mario Williams, as that passer-receiver connection has the potential to be the West Coast’s best duo. Caleb Williams’ physical gifts helped him earn a 91.3 PFF grade in 2021, breaking Trevor Lawrence‘s record for the highest single-season mark by a true freshman quarterback in the PFF College era. He did that despite being a relatively raw passer, which speaks volumes about his ceiling long term.

As for Mario Williams, he was a reliable option at Oklahoma for his 2021 true freshman season. The 5-foot-9, 186-pounder was one of five Power 5 wide receivers who received at least 40 targets but finished with zero drops. He primarily lined up outside and had no issue going one-on-one in single coverage. In all, he earned a 79.2 receiving grade for the 2021 season.

One of the most underrated transfer additions in this cycle was USC landing Colorado’s Mekhi Blackmon. His 83.0 coverage grade since 2020 trails only Washington’s Kyler Gordon and Trent McDuffie — both of whom are off to the NFL — among Pac-12 cornerbacks.

UCLA almost landed inside both the most gained and lost categories, but it ended up in just the positive one. While the Bruins saw three key defensive pieces leave for other programs with edge defender Mitchell Agude, off-ball linebacker Caleb Johnson and cornerback Jay Shaw, they managed to bring in some of the most talented non-Power 5 defenders to help replace them. Among that group are twin brother edge defenders Grayson and Gabriel Murphy from North Texas, Harvard interior defensive lineman Jacob Sykes, Hawai’i off-ball linebacker Darius Muasau and Wyoming cornerback Azizi Hearn.

Both Murphy twins produced an elite pass-rush grade above 90.0 for the Mean Green in 2021, while Sykes was a quality pass-rusher for the Crimson even though run defense is his calling card. The 6-3, 275-pound defensive tackle posted an 87.8 run defense grade in 2021.

Muasau is fresh off a breakout season at Hawai’i, where he was among the most productive off-ball linebackers at the Group of 5 level. Muasau ranked 15th nationally in defensive stops in 2021 (51) and led the group in forced fumbles (five). His blitzing ability, in particular, is exceptional; Muasau racked up 37 pressures from 131 rushes en route to a 91.5 pass-rush grade.

Hearn was one of the most underrated players in the country last year for the Cowboys. The 6-foot-1, 202-pound outside corner earned an 81.5 coverage grade in 2021, allowing just 13 catches in 13 games.

The big question will be how all of these players that had success at lower levels of football can translate to the Power 5, but the group overall looks promising.

Who lost the most value?

Whether we are looking at 2021 or the totality of all the players’ careers, Oklahoma lost more value via the transfer portal than any other Power 5 program, and it wasn’t particularly close. Both Caleb Williams and Spencer Rattler are among the 10 highest-graded passers PFF has seen in the Power 5 since 2020, and each is now set to lead USC and South Carolina respectively. Among the former Sooners on offense is Mario Williams, the second highest-graded true freshman wide receiver of 2021, and tight end Austin Stogner, one of the top 20 highest-graded pass-catchers at the position in the Power 5 since 2020.

The good news is new head coach Brent Venables and Co. made the portal a big priority, bringing in UCF quarterback Dillon Gabriel, who was committed to UCLA before flipping to Oklahoma. Still, there’s no denying that the Sooners would be better off with the offense they had before.

Virginia changed head coaches this offseason, and with that came a slew of experienced players transferring out. The Cavaliers saw six players with over 1,300 career snaps depart for another team, three of whom were starters along the offensive line. This means Virginia doesn’t return a single starter along the offensive line, as the other two players from last year’s unit graduated.

Quarterback Brennan Armstrong ranked 12th in the Power 5 in the percentage of dropbacks spent under pressure last season (26.3%), but there’s reason to think that’s going to increase quite a bit given the overhaul upfront. Taking quarterbacks out of the equation, Virginia losing all that experience obviously stings, but it still returns its three most valuable players from 2021 in Armstrong and wide receivers Keytaon Thompson and Dontayvion Wicks.

West Virginia was forced to undergo a defensive overhaul this offseason due to several transfers. Of the team’s seven defensive players that played the most snaps from last season, four entered the portal and joined another Power 5 program, including its 2021 leader in pressures (interior defensive lineman Akheem Mesidor, 33), defensive stops (off-ball linebacker Josh Chandler-Semedo, 45) and plays on the ball (cornerback Daryl Porter Jr., seven). Offensively, the Mountaineers saw their three highest-graded wide receivers from last season also transfer to a new program.

Auburn had three key offensive pieces leave via the portal in addition to several depth pieces across the board. Quarterback Bo Nix may not be a top-tier quarterback, but he was still above the mean at the position with 0.23 PFF WAA in 2021 (61st percentile at the position). His go-to pass-catcher Kobe Hudson, who was the team’s highest-graded and most productive wide receiver in 2021, is also leaving to reunite with his old head coach Gus Malzahn at UCF. Auburn’s highest-graded offensive lineman from last season, Tashawn Manning, is leaving to join Kentucky.

Serrano back on track, unifies 126-pound titles
From ‘Waldo’ to ‘Bomb Pop’ to World Cup winners: The best kits worn by the United States
Clemson and USC survived, but not everyone made it out of Week 4 unscathed
The right QB, coach and scheme: USC offense firing on all cylinders
NHL superstar roundtable: Must-see teams, rule changes, trade reactions