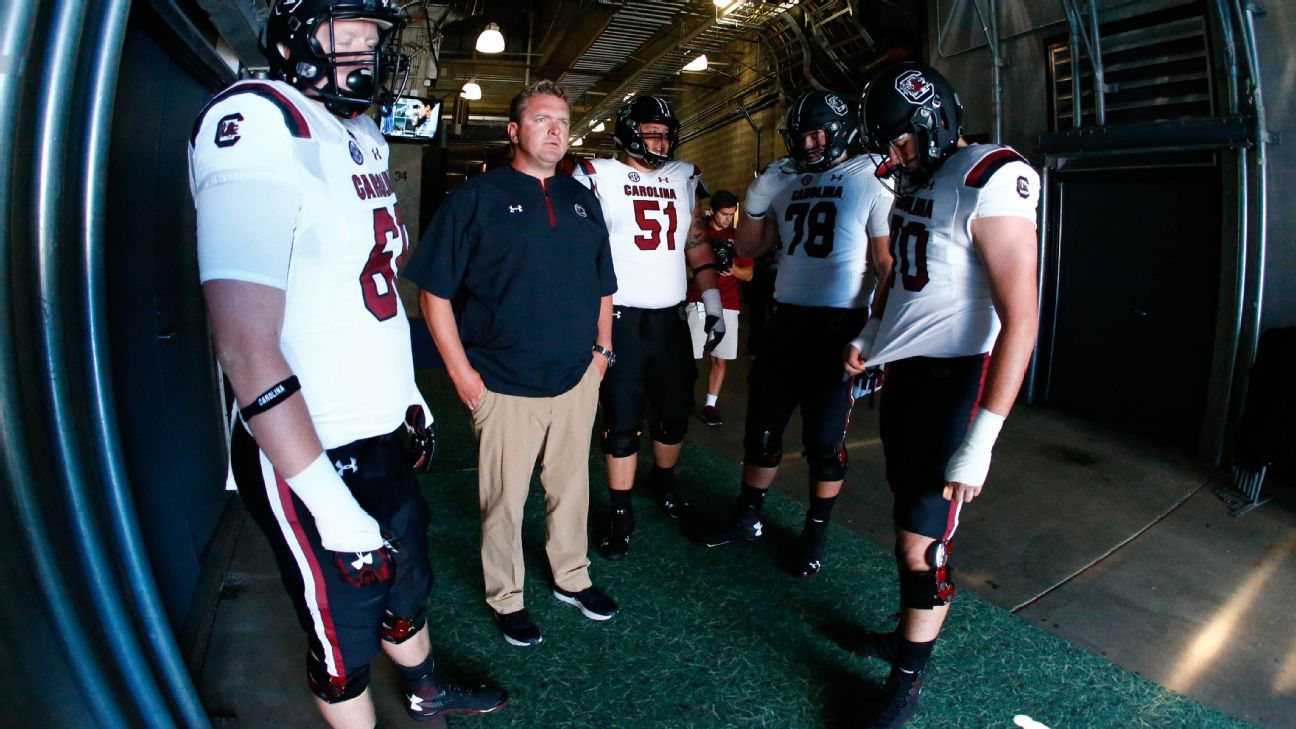 After just one season coaching at Kentucky, Eric Wolford has accepted the offensive line job at Alabama and will replace Doug Marrone, who’s expected to return to the NFL, sources told ESPN on Sunday.

This will be Wolford’s third different SEC school. He also coached South Carolina‘s offensive line from 2017 to ’20 before joining Mark Stoops’ staff at Kentucky last season. Wolford’s first SEC coaching stop was in 2009 at South Carolina under Steve Spurrier, and he went from there to Youngstown State as head coach for five seasons from 2010 to ’14

BamaOnLine was first to report that Alabama was targeting Wolford, who also coached in the NFL as the San Francisco 49ers‘ assistant offensive line coach from 2015 to ’16.

Marrone, who was at Alabama for just one season, was the Jacksonville Jaguars‘ head coach from 2017 to ’20 and took the Jags to the AFC Championship Game his first season. He was fired following the 2020 season and hired by Nick Saban a few weeks later to coach the Alabama offensive line. Marrone was also the Buffalo Bills‘ head coach from 2013 to ’14.

Wolford is the third new on-field assistant brought in by Saban for the 2022 season. He joins Travaris Robinson, who will coach the cornerbacks, and Coleman Hutzler, who will coach special teams and outside linebackers. Sal Sunseri is expected to move to an off-field role.

Kentucky’s offensive line was one of four finalists last season under Wolford for the Joe Moore Award, which goes to the top offensive line unit in the country. Kentucky running backs averaged 5.51 yards per carry during the regular season, which ranked fourth nationally.

Wolford, 50, played at Kansas State under Bill Snyder and also got his coaching start under Snyder as a graduate assistant.