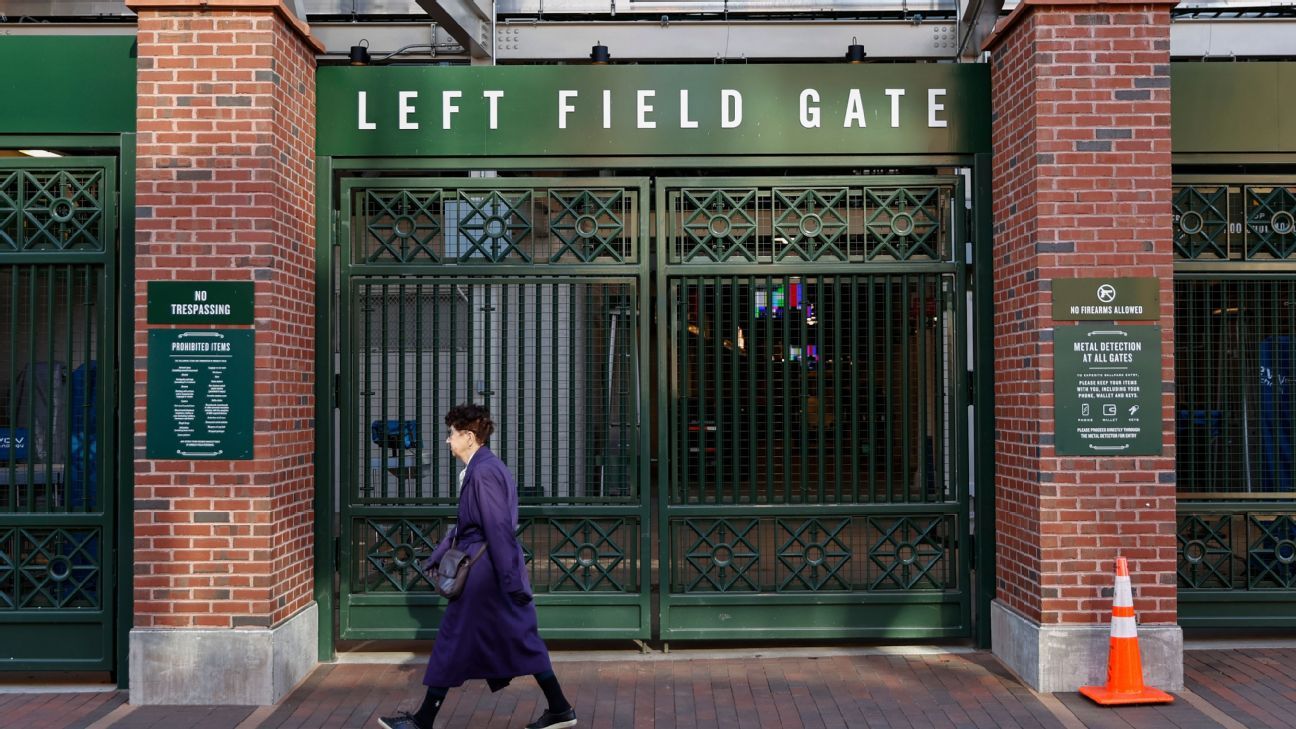 The MLB lockout is about to enter its third month.

When it began back on Dec. 2, MLB and the MLBPA had 119 days before the start of a new season to figure things out. As the clock ticks down to Opening Day — now just 59 days away — without a new collective bargaining agreement in place, the two sides have put everything in jeopardy.

Normally, baseball is in motion as the calendar flips from January to February. Teams are packing trucks to deliver equipment to spring camps while players and coaches are beginning their journeys to Arizona and Florida. Visas are being secured for foreign players and housing arrangements for the next couple of months are being finalized. Pitchers are ramping up their throwing programs while hitters are doing the same in the weight room.

But this year, all of it is on hold.

“I had a couple setbacks to getting ready for the season, so it’s just tough gauging whether I need to push it and get ready or take my time,” free-agent reliever Steve Cishek said in a phone conversation. “The unknown, like the COVID season, is the hard part.”

The MLBPA is prepared for an extended lockout, with $5,000 checks going out to players this week for the month of February. But the players themselves still have to prep for the season even with the start date of spring training, and possibly Opening Day, increasingly uncertain.

“It’s not ideal,” one player opined. “But there are more important things right now. We just have to do the best we can to be ready.”

Here is what the current negotiations stalemate means for the biggest upcoming dates on the baseball calendar — and when it is officially time to worry we could lose them if a deal is not yet in place.

If the lockout ends in the next seven days, players under contract should have enough time to get to camp as scheduled, according to one team executive, while a free-agent frenzy would take place for the remaining unsigned players.

Would everyone arrive on time? Probably not, especially those coming from outside the country. But camps could open, pitchers could start throwing and spring routines could commence.

And while that’s going on, front offices and agents would pick up where the offseason halted back in December.

“I’ve gone through rosters, time and again,” one agent stated. “I have two free agents, and I’m ready but the dialogue is in a vacuum right now. I think, like pre-lockout, things will move fast. I settled several arbitration cases [in November] that normally would have settled more recently. I think it will be the same after the lockout. It showed you, you could accomplish a lot in a short amount of time.”

Those players arriving from foreign countries, those signing and taking physicals and players simply finding spring housing would be part of a chaotic stretch into the start of spring training, but an early February agreement would at least keep the start of play on track.

“Right now, guys don’t know if they should find a place to rent [for housing in spring training] or if it’s possible to put a clause in the renters agreement to be protected if we don’t make it for spring,” Cishek said. “Stuff like that is tough on young guys and guys with families, but hopefully we will iron it out in time.”

In conversations with people in the game, the consensus is that players need a bare minimum of seven days to prepare for game action. It means camps have to be up and running by around Feb. 19 if spring schedules are to be adhered to.

Of course, there are ways to keep pitchers and even position players safe, starting with instructing them to give a little less than 100 percent in the first few games of the spring. And being ready before camp opens would be ideal as well.

“I’m telling my starting pitchers to be ready to pitch three innings on Day 1,” one agent said last week. “They can always back off, if we start on time. But they can’t go in there with only a few weeks to prepare and pitch an inning. They’ll need to go up and down right away.”

Injuries were a season-long issue when the start of spring training was altered by the pandemic in 2020 and 2021, and it will again be a concern if camps open late. Teams are preparing by adding non-40-man-roster minor leaguers to big league camp, according to at least one front-office executive. They can be ready more quickly, as those players are allowed to be at spring training before the lockout ends. Many have been at spring facilities already.

Voting results for the Class of 2022 are in. Here’s what you need to know.

If camps don’t open on time, players on 40-man rosters will likely pick up where they left off during the pandemic: organizing their own live batting practice sessions and even pickup games in areas of the country, like Florida and Arizona, where players congregate — just not at team facilities.

“The pandemic was a great trial run of working out on your own and trying to be creative as much as possible,” San Diego Padres catcher Austin Nola said. “It helps a lot because you have to think outside the box. You’re figuring out stuff on your own instead of someone telling you what to do.”

Filling out a roster for pickup games might be more difficult this time around.

“Last time [2020], we used college players because no one was playing,” a player stated. “I don’t know what we’ll do now, maybe grab some high school guys? But the live batting practice sessions will definitely take place.”

During the restart to the pandemic season in 2020, the 23 days between the start of summer camp (July 1) and Opening Day (July 24) wasn’t enough time to get ready, at least according to many pitchers and their agents. In order to begin the 2022 regular season on time, and with less concern for injury, four weeks of spring are likely needed, according to league sources.

That means camps need to open by March 3, approximately. It doesn’t mean the sides can’t agree on a shorter spring — just like they did two years ago — to keep Opening Day on March 31, it’s just not ideal. And if a deal isn’t struck by early March, once again, players will receive $5,000 checks from the union and will need to be ready to either play fewer than 162 games or a condensed schedule with modified roster limits in order to fit all 162 in. It’s pretty much the doomsday scenario.

“I’m trying not to think that way,” another player stated about a delay. “We want to play a whole season. We should be able to be ready in three to four weeks, but I’m hoping for a full spring. I think the fans are as well.”