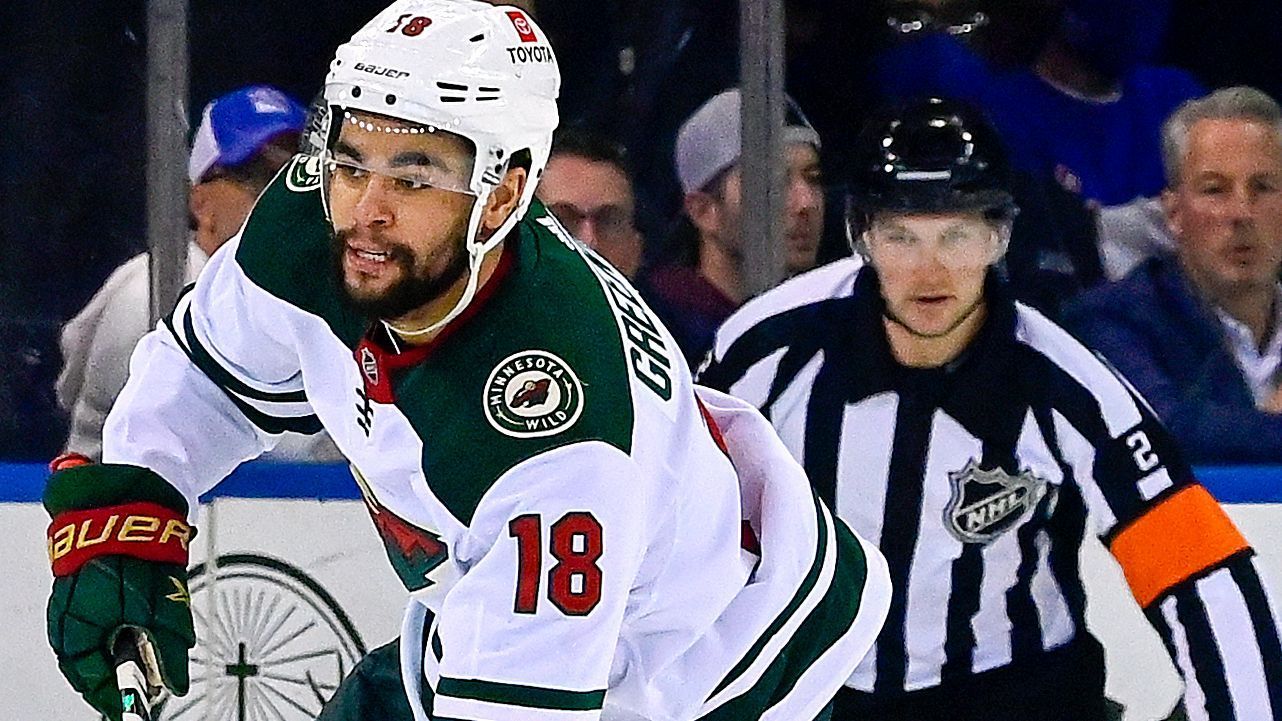 Greenway, 24, has four goals, nine assists and a career-high plus-17 rating in 33 games for the Wild this season. He is third on the team with 82 hits. The 6-foot-6, 231-pound Greenway has thrived on a line with fellow heavy hitters Joel Eriksson Ek and Marcus Foligno.

Minnesota general manager Bill Guerin made some tough salary-cap decisions in the offseason for this reason, to help secure younger players before they hit unrestricted free agency. Guerin bought out the deals of forward Zach Parise and defenseman Ryan Suter, and it’s paid off so far, as the Wild are comfortably in playoff position in the Western Conference.

Greenway made his debut with the Wild four years ago, when he became the first hockey player to participate in the Olympics, the NCAA tournament and the NHL playoffs all in the same season. He also became the first player in Wild history to record his first career goal in the playoffs.

Greenway, a 2015 second-round draft pick who played for Boston University, has 30 goals and 68 assists in 243 regular-season games with Minnesota.

The Wild, who play Wednesday at Chicago, are 8-0-1 in their past nine games.