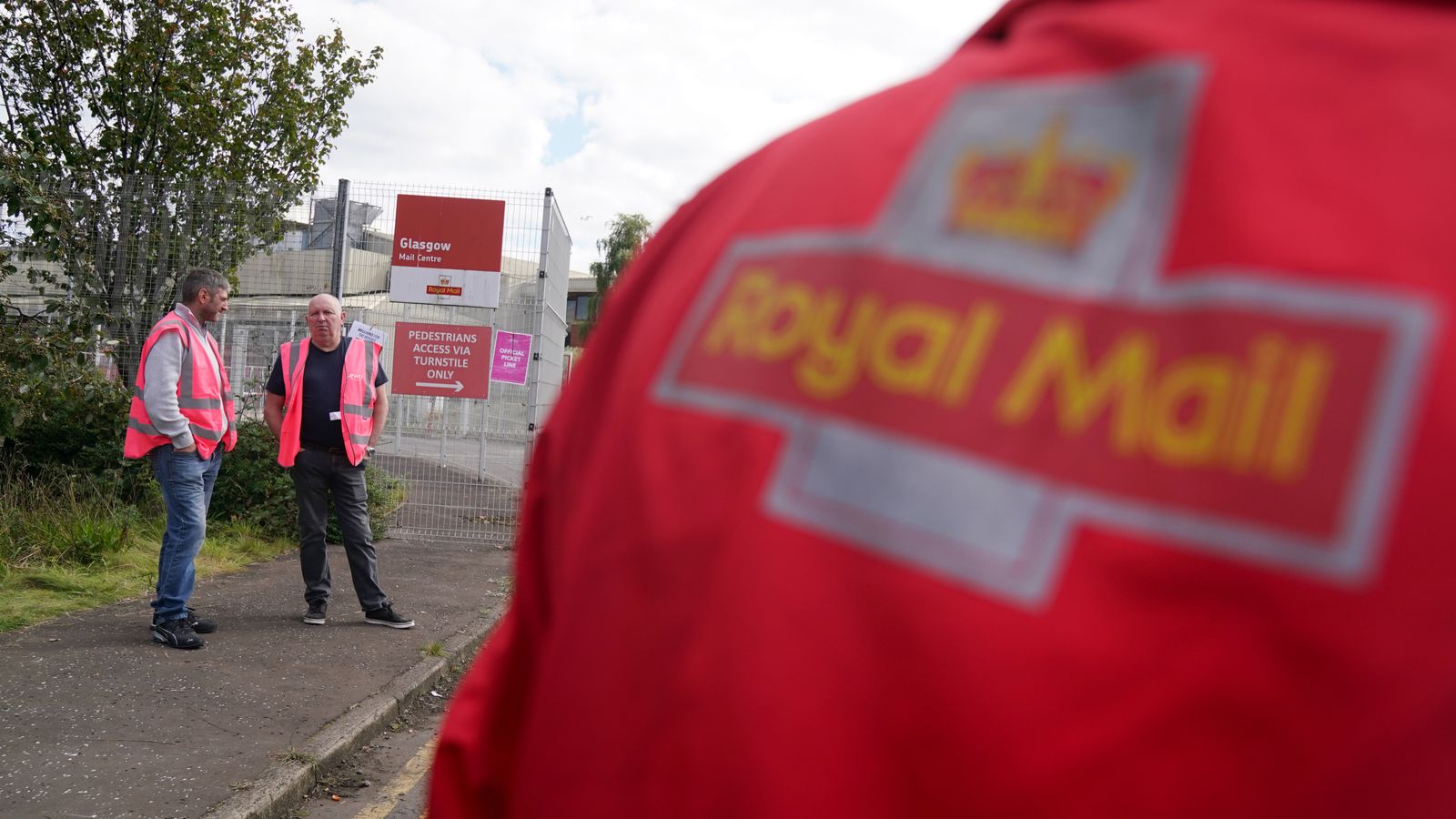 Royal Mail says it has delivered a “best and final” offer to the union representing its frontline workers, in a bid to avert a 48-hour strike to begin on Thursday and covering the Black Friday shopping spree.

The company, which claimed earlier this month that a series of walkouts in a row over pay and modernisation had cost it £100m, said a number of “extensive improvements” were on the table to resolve the dispute with the Communication Workers Union (CWU).

The central offer was a pay deal of up to 9% over 18 months.

“We have today met with Royal Mail Group. CEO Simon Thompson did not even attend the meeting. The strikes tomorrow and Friday go ahead.”

It later released a statement to say that the company’s terms would turn Royal Mail into a “gig economy-style parcel courier, reliant on casual labour.”

Loss-making Royal Mail has argued that it must move with the times to survive.

It has sought to be excused its requirement for letter deliveries on Saturdays and wants to be able to deliver more profitable parcels seven days a week – on Sundays, for the first time, under its plans.

Royal Mail said last month it was to consult on 6,000 redundancies but promised on Wednesday there would be no job losses before the end of March next year under its offer to the CWU.

Its parent firm IDS has threatened to carve Royal Mail from the wider group unless it can establish a path back to profitability which, Royal Mail has argued, is impossible with costly industrial action.

The union conducted a vote of no confidence in Mr Thompson among its 115,000 Royal Mail members earlier this week.

He said of the deal now on the table: “Talks have lasted for seven months and we have made numerous improvements and two pay offers, which would now see up to a 9% pay increase over 18 months alongside a host of other enhancements. This is our best and final offer.

“Negotiations involve give and take, but it appears that the CWU’s approach is to just take. We want to reach a deal, but time is running out for the CWU to change their position and avoid further damaging strike action tomorrow.

“The strikes have already added £100m to Royal Mail’s losses so far this year. In a materially loss-making company, with every additional day of strike action we are facing the difficult choice of about whether we spend our money on pay and protecting jobs, or on the cost of strikes.”

CWU general secretary Dave Ward responded: “We are disappointed that instead of reaching a compromise to avoid major disruption, Royal Mail have chosen to pursue such an aggressive strategy.

“We will not accept that 115,000 Royal Mail workers – the people who kept us connected during the pandemic, and made millions in profit for bosses and shareholders – take such a devastating blow to their livelihoods.

“These proposals spell the end of Royal Mail as we know it, and its degradation from a national institution into an unreliable, Uber-style gig economy company.

“Make no mistake about it: British postal workers are facing an Armageddon moment.

“We urge every member of the public to stand with their postie, and back them like never before.”