With less than 70 minutes on the clock, the World Cup stadium started to empty - Patabook News
Patabook News
Skip to content 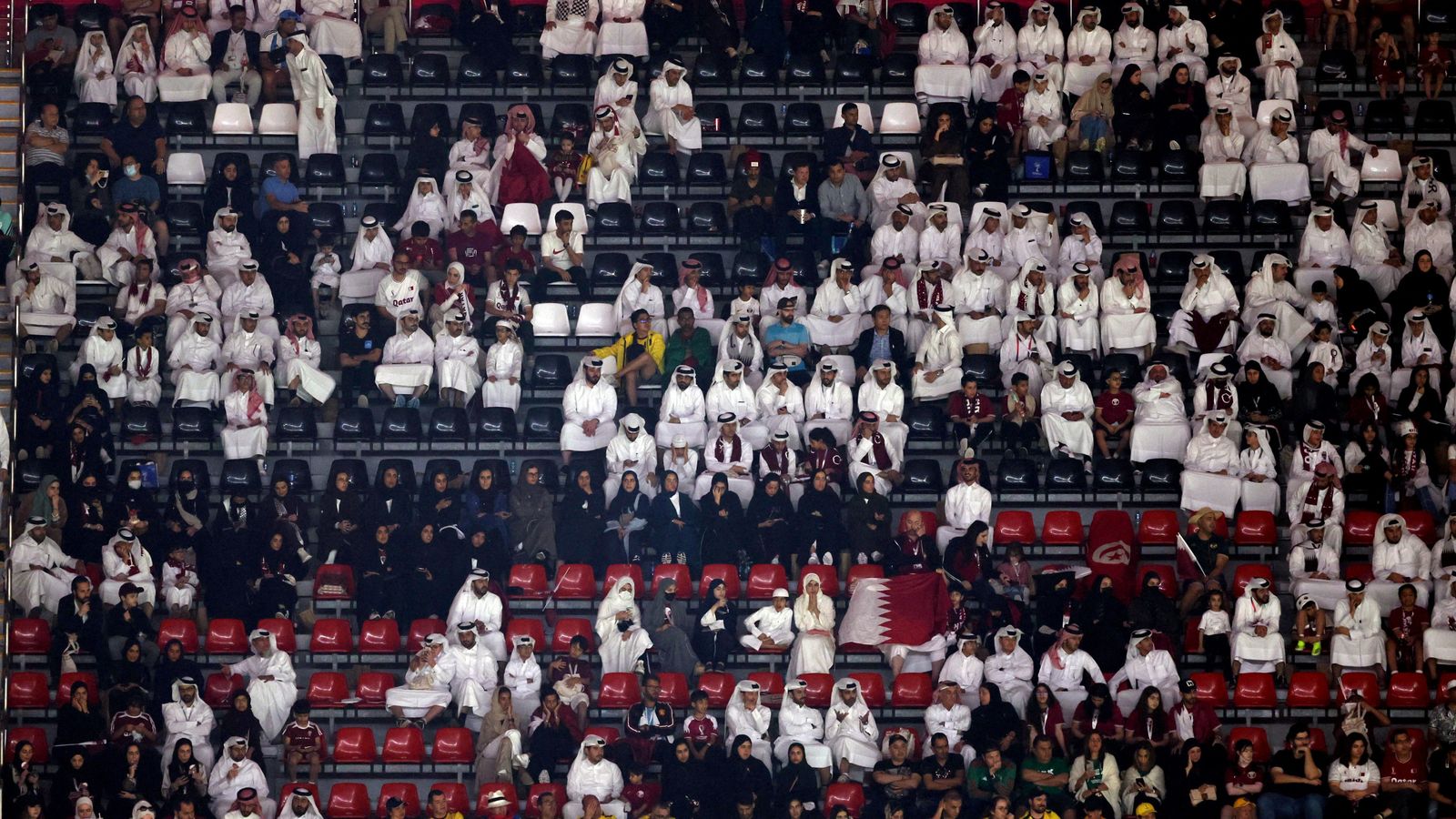 Twelve years ago, Qatar was awarded the World Cup and scrutiny has barely let up since.

But on Sunday evening, after a build-up as strange and muted as anything that’s gone before, the controversy was put to one side as the football finally took centre stage.

Outside Al Bayt stadium, designed to resemble a Bedouin tent, fans from Qatar and Ecuador mixed, sang and danced with supporters from around the world.

We spoke to fans from Japan, South Korea, Argentina, Brazil, Denmark, South Africa and the Netherlands.

The world has certainly come to Qatar, just not yet in the numbers you might expect for the start of the greatest sporting event on Earth.

The opening ceremony was impressive, as you’d expect from a country that has spent as much as $10bn to stage this tournament.

The actor Morgan Freeman narrated a message of unity while symbols and personalities of the Arab world were watched by 60,000 people inside one of the seven brand new arenas built for this tournament.

Mohammed bin Salman, the Saudi Crown Prince, was seated in the royal box, next to Gianni Infantino, the FIFA president, and one down from Qatar’s emir. Until recently, the Saudi kingdom had led a boycott against Qatar; tonight the Gulf nations seemed friends again.

This was a statement. Both countries have dubious human rights records, but with the world’s eyes on the Middle East, the uneasy neighbours decided to stick together.

World Cup opening games can often be cagey affairs. Not this time. Qatar were poor and their South American opponents took advantage. 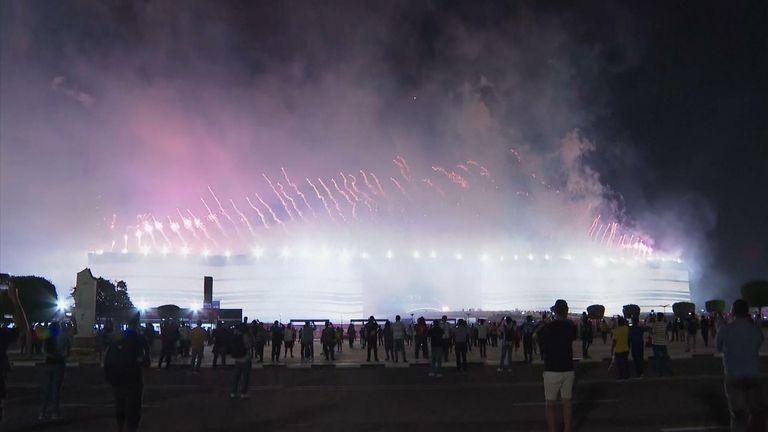 Read more:
England will take the knee in Qatar
FIFA president’s rambling tirade was first own goal of World Cup

Ecuador had an early goal ruled out, after VAR detected the narrowest of offsides, but within quarter of an hour they were one-nil up. The first goal of the 2022 World Cup came from the penalty spot.

Ecuador doubled their lead before half-time and could have extended it further. Qatar went close before the break, but in truth they looked off the pace.

With not even 70 minutes on the clock, the stadium started to empty. Qatari fans made for the exit as their team struggled to keep the score down.

The Qatari organisers will be pleased the football has finally begun, but this wasn’t the start they wanted.

Along with all the other accusations levelled at them, tonight they earned the somewhat ignominious honour of becoming the first hosts to lose the opening game of a World Cup.

It’s been a difficult build up for Qatar off the pitch – from this performance, it might not get any easier for them on it.