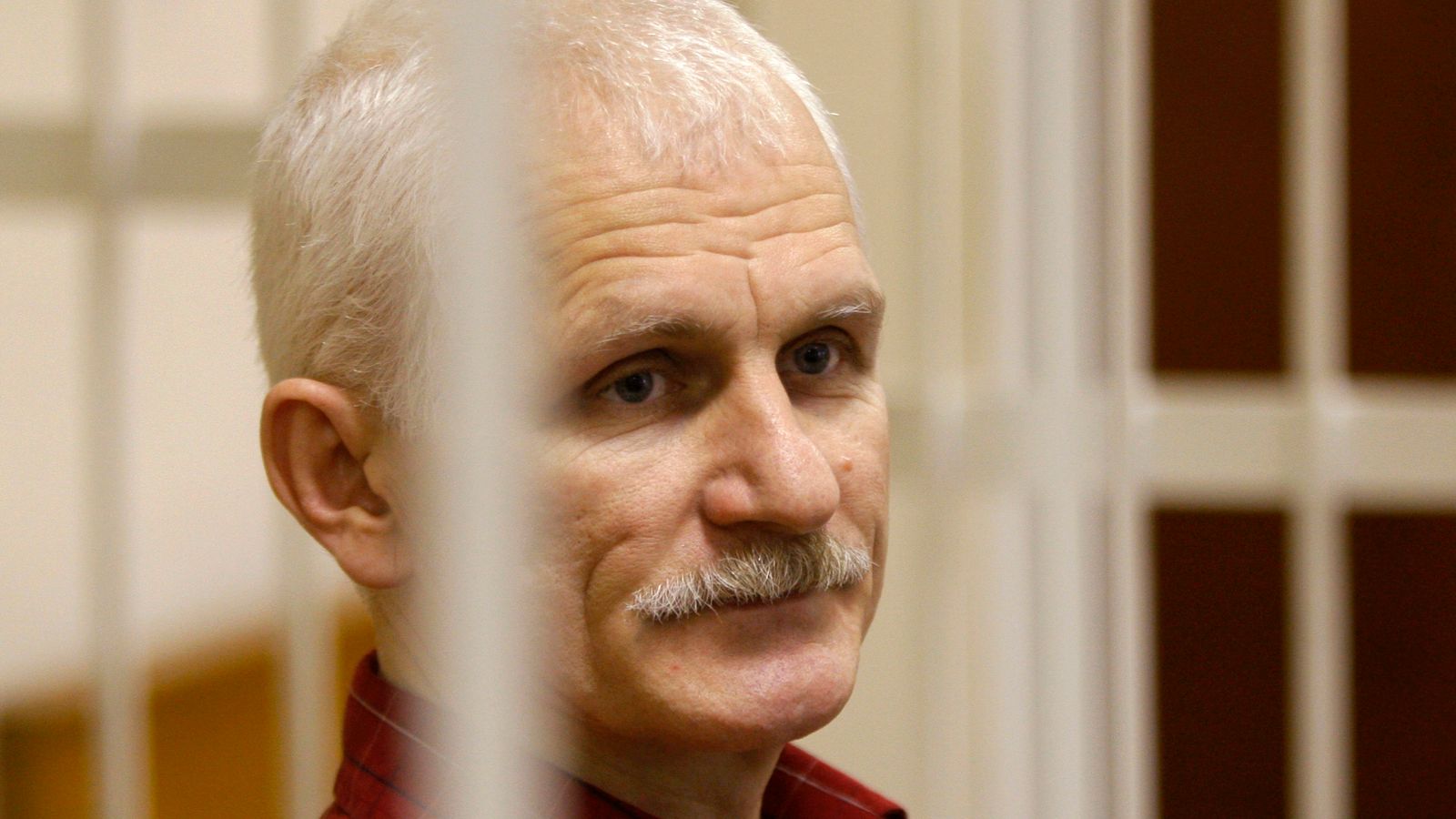 The Nobel Peace Prize has been awarded to Ales Bialiatski, a human rights activist in prison in Belarus, the Russian campaign group Memorial and Ukraine’s Centre for Civil Liberties.

The honour will be widely seen as a rebuke to Russian leader Vladimir Putin, who is celebrating his 70th birthday, and his ally Alexander Lukashenko, the President of Belarus, making it one of the most politically contentious in decades.

The award, the first since Moscow’s invasion of Ukraine, has overtones of the Cold War era, when prominent Soviet dissidents such as Andrei Sakharov and Alexander Solzhenitsyn won Nobel prizes.

The winners were announced in Oslo by Berit Reiss-Andersen, chairwoman of the Norwegian Nobel Committee.

She said the judges wanted to honour “three outstanding champions of human rights, democracy and peaceful coexistence in the neighbour countries Belarus, Russia and Ukraine”.

She added: “Through their consistent efforts in favour of human values and anti-militarism and principles of law, this year’s laureates have revitalised and honoured Alfred Nobel’s vision of peace and fraternity between nations, a vision most needed in the world today.”

Ms Reiss-Andersen also called on Belarus to release Mr Bialiatski, 60, who is in prison without trial.

However, she insisted the award was not against Mr Putin.

“We always give the prize for something and to something and not against someone,” she said. “This prize is not addressing President Putin, not for his birthday or in any other sense, except that his government, as the government in Belarus, is representing an authoritarian government that is suppressing human rights activists.

“The attention that Mr Putin has drawn on himself that is relevant in this context is the way a civil society and human rights advocates are being suppressed and that is what we would like to address with this prize.”

Belarusian security police raided offices and homes of lawyers and human rights activists in July last year, detaining Mr Bialiatski and others in a crackdown on opponents of the regime.

The authorities had moved to shut down independent media outlets and human right groups after mass protests the previous August against a presidential election marred by claims it was rigged.

Mr Bialiatski was one of the leaders of the pro-democracy movement in Belarus in the mid 1980s and had continued to campaign for civil liberties.

Ms Reiss-Andersen said the committee was aware in awarding the prize to Mr Bialiatski he may face additional scrutiny from authorities in Belarus.

She added: “But we also have the point of view that the individuals behind these organisations, they have chosen to take a risk and pay a high price and show courage to fight for what they believe in.

“We do pray that this price will not affect him negatively, but we hope it might boost his morale.”

Sviatlana Tsikhanouskaya, the exiled opposition leader of Belarus, said the award would further increase the spotlight on political prisoners and hailed Mr Bialiatski a “famous human rights defender in Belarus and in the world” and a “wonderful person.”

“For sure, it will attract more attention to the humanitarian situation in our country,” she said.

Memorial was founded in the Soviet Union in 1987 to ensure the victims of communist repression would be remembered and has continued to collate details on human rights abuse in Russia, where it has been closed by the Kremlin.

The group said winning the prize was recognition of its work and of colleagues who continue to suffer “unspeakable attacks and reprisals” at home.

Read more:
Vladimir Putin at 70: How a KGB agent from Leningrad rose to the top of the Kremlin
Biden warns world is facing biggest threat of nuclear ‘Armageddon’ since Cuban missile crisis

Ukraine’s Centre for Civil Liberties was founded in 2007 to promote human rights and democracy.

Since Russia’s invasion in February, the group has worked to document war crimes against Ukrainian civilians.

“The centr is playing a pioneering role with a view to holding the guilty parties accountable for their crimes,” said Ms Reiss-Andersen.

A representative of the organisation, Volodymyr Yavorskyi, said the award was important because “for many years we worked in a country that was invisible”.

“This is a surprise for us, but human rights activity is the main weapon against the war,” he added.

Journalists Dmitry Muratov of Russia and Maria Ressa of the Philippines have been fighting for the survival of their news organisations and defying government efforts to silence them.

They won the prize last year for “their efforts to safeguard freedom of expression, which is a precondition for democracy and lasting peace.”

The prizes carry a cash award of around £800,000 and will be presented on 10 December, the anniversary of the death of Alfred Nobel, who invented dynamite.