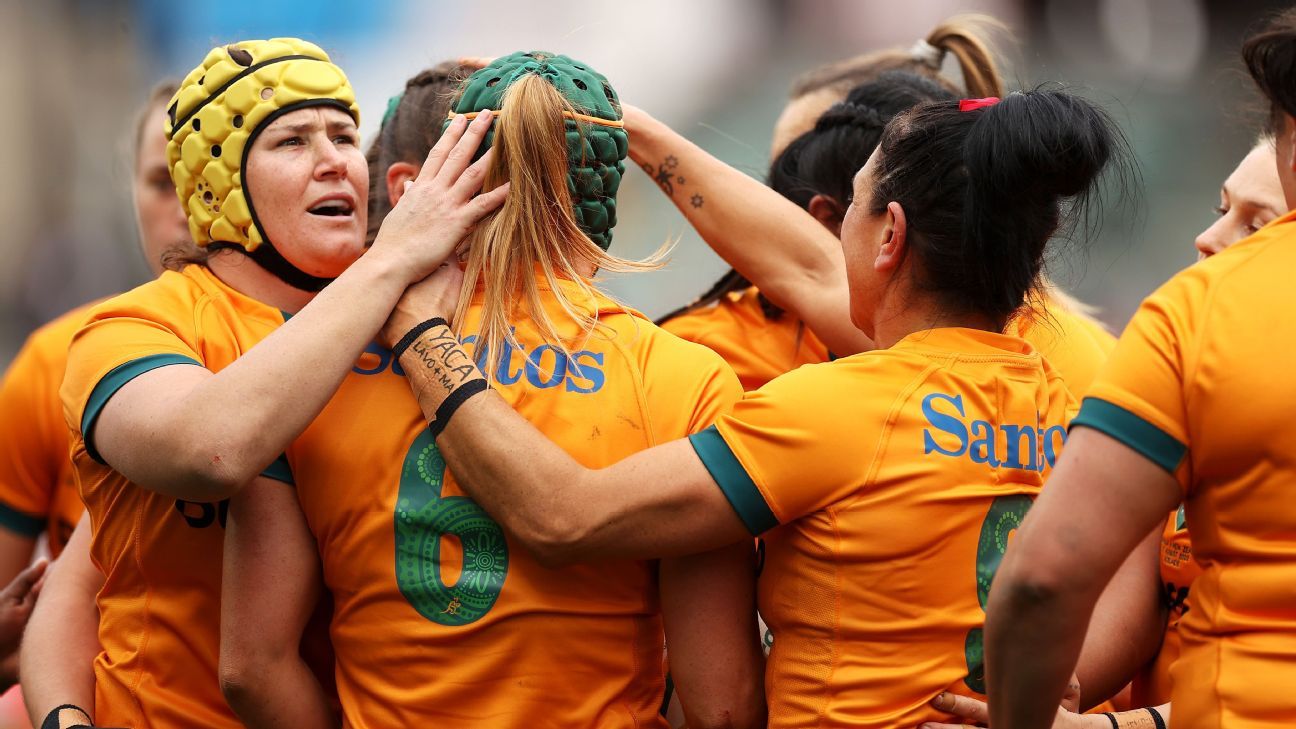 After a year’s delay, the Wallaroos are just days away from stepping on the field for their opening Rugby World Cup clash in New Zealand.

In front of a record women’s Rugby World Cup crowd of over 35,000 and heading towards a sellout at Eden Park, the Wallaroos will kick off their campaign against trans-Tasman rivals the Black Ferns on Saturday night as they eye a quarterfinal berth and hope to push through the knockout stages.

Read on for everything you need to know ahead of the Wallaroos’ opening match.

Despite joining New Zealand in a tough pool, the Wallaroos will head into the World Cup bullish about their prospects after a much improved showing against the Black Ferns in Adelaide, Australia eyeing an upset in the opening match as they look to equal their best World Cup result (3rd) in 2010.

The first tournament to be held in the Southern Hemisphere, the Wallaroos have been drawn alongside the Black Ferns, Scotland and Wales in Pool A, with Australia a strong chance of progressing through to the quarterfinals.

While their most recent results are unflattering — six losses on the trot including three against the Black Ferns — the Wallaroos have been making steady progress; their 22-14 defeat by New Zealand in Adelaide in August their best result yet and proving the gap between the two nations is closing.

In a massive boost for Australia, the team head to the World Cup with more preparation than they’ve ever had before. The Wallaroos have played seven Tests in 2022 and have several training camps under their belt; but their task ahead is a tough one and they’ll need to fix several issues that have plagued them so far this year.

Winless in the Pacific Four series earlier this year with tight losses to New Zealand, Canada and the United States, discipline played a key role in Australia’s defeats while their success rate at the set-piece was also not where it needs to be. These areas will need to be cleaned up from the opening match if they’re to crash the Black Ferns’ party on opening night, while more aggression from the pack is also needed in their push to the knockout stages.

Welcoming an internationally inexperienced coach Jay Tregonning at the end of 2021 after former coach Dwayne Nestor resigned in controversial circumstances, the Wallaroos’ dramatic coaching shake-up hasn’t brought the results they’ve been after just yet, but with a nice mix of youth and experience the Wallaroos have perhaps never been better prepared to compete at the World Cup.

With all Test matches cancelled in 2020 and 2021, Tregonning has been forced to blood close to 20 players across their seven Tests with 15 players in the World Cup squad making their debut this year, while two more uncapped players — Maya Stewart and Tania Naden — will be pushing to take their international bows at the World Cup.

Most impressive of this year’s debutants have been Georgie Friedrichs in the centres and Bienne Terita on the wing, with both women graduates from the Australian women’s sevens program.

Friedrichs moved across to the Wallaroos program in 2019 but didn’t debut until earlier this year. Since then she has solidified her place in the outside centre position where she’ll link up with experienced sevens star and Wallaroos veteran Sharni Williams.

Meanwhile, making just one appearance in the gold jersey against the Black Ferns, Terita has marked herself as a player to watch this tournament after she scored two tries on debut — her first with just her second touch of the ball.

While the Black Ferns are the clear threat to the Wallaroos, Australia should also be wary of Pool rivals Scotland and Wales who have both shown promise in 2022 through the Six Nations tournament and are primed for an upset. Australia haven’t faced either nation in close to a decade, so there is more than a touch of the unknown for the Wallaroos in their final two pool clashes in what could prove a tricky situation.

While it’s unlikely the Wallaroos will miss the top eight, their route to the quarterfinals is not simple with at least two wins the only way to guarantee a quarterfinal place.