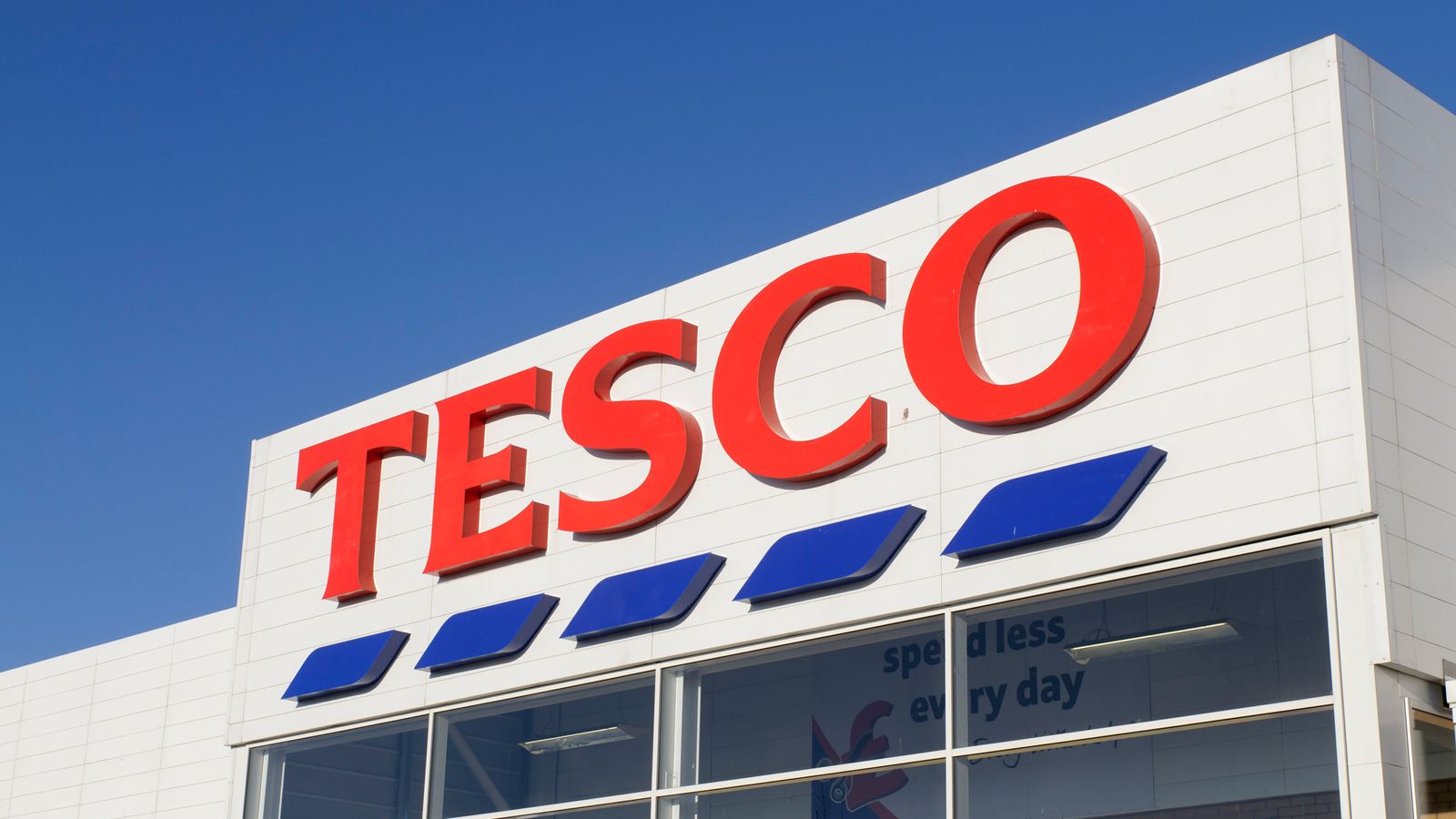 The boss of the UK’s biggest retailer says it is “inflating prices a little bit less and a little bit later” than the competition as families’ budgets are squeezed.

Tesco chief executive Ken Murphy made the claim as the chain revealed first half profits that reflected, it said, its decision to maintain the best value possible for the customer as the cost of goods spiked amid the cost of living crisis.

Underlying retail operating profits fell 10%, the company said, to £1.25bn for the six months to 27 August.

It warned that, as a result of “significant” inflation pressures and consumer caution, annual profits would likely be at the lower end of its earlier guidance of between £2.4bn and £2.5bn by the same measure.

Cost of living and economy latest

It reported that shoppers were trading down to own label products and frozen food, and buying fewer non-food products .

Tesco said contributing to that profit guidance too was a decision to freeze prices on more than 1,000 everyday goods.

It also revealed a second pay rise of the year for its staff amid pressure from unions which had declared that the UK’s grocery market leader had slipped behind rivals.

Shopworkers’ union Usdaw said that Tesco’s hourly-paid retail and customer fulfilment centre staff would receive an additional 20p per hour increase from 13 November, taking the base rate from £10.10 to £10.30 per hour.

This was on top of an increase in July of 5.8%, taking the overall increase this year to 7.85%, it said while welcoming the move.

Tesco, like Sainsbury’s, Asda and Morrisons, have been battling since the financial crisis a challenge to their dominance from discounters Aldi and Lidl.

‘Inflation is going up across the economy’

Tesco recorded UK like-for-like sales growth of 0.7% over the six months – recovering from a 1.5% decline in the first quarter – potentially reflecting a greater desire by shoppers to rein in their spending outside the home as energy and other costs surge.

Mr Murphy told investors: “We know our customers are facing a tough time and watching every penny to make ends meet.

“That’s why we’re working relentlessly to keep the cost of the weekly shop as affordable as possible, with our powerful combination of Aldi Price Match, Low Everyday Prices and Clubcard Prices, together covering more than 8,000 products, week in, week out.”

“By staying laser-focused on value and sticking to our strategy of inflating a little bit less and a little bit later, our price position has got even more competitive,” he added.

Shares – down by more than a quarter in the year to date – fell by 1.5% at the market open.