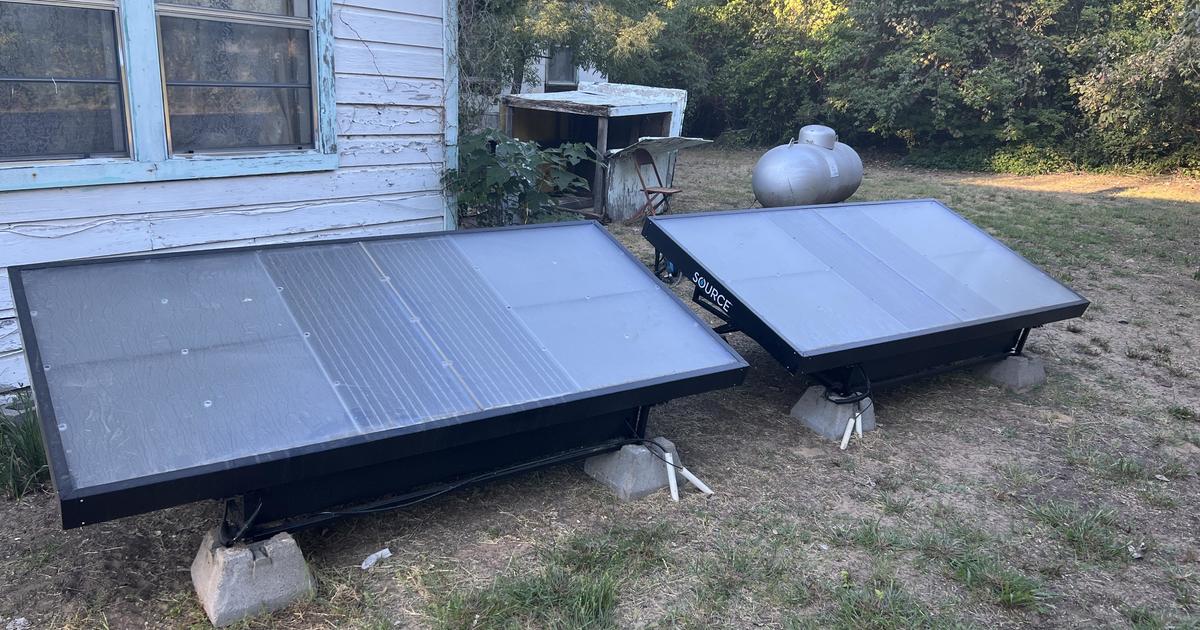 SANDBRANCH, Texas (CBSDFW.COM) — Most people take running water for granted, not thinking twice when they turn on their faucets. But one small Dallas County community has been without drinkable water for decades.

Now, thanks to new technology, things are finally changing.

Sandbranch is a community rich with history. Founded by freed slaves in 1878, this freedman’s settlement was flourishing.

“It was thriving, kids were playing in the street,” said Phyllis Gage who owns a house in Sandbranch.

But today, it feels stuck in the past. Residents said that because there’s no trash service, they have to burn their garbage.

Even worse, there’s no running water.

“It’s really unbelievable that people are still having to use this water that’s undrinkable, it’s horrible,” added Gage.

She also said the wells are contaminated after being built decades ago. “The well is so old that the water has sand built up in it so you can’t drink it.”

So they’re relying on bottled water to survive.

“I have to bring bottled water here to my dad’s right now to even flush the toilets because the well is not working,” said Gage.

“This community deserves better and what I see happening in this community should not happen anywhere in the United States,” said Tonnette Byrd, who advocates for making improvements to Sandbranch.

Byrd wanted to do something to help this community, so she partnered with several organizations including Source Global to provide hydropanels to help provide water to residents.

Hydropanels, which are large and sit outside of a house, run on solar power. Two are needed to work.

“The hydropanels are run by internal fans and extract water from the atmosphere,” explained Byrd.

They are costly—about $8,000 each—so they’re looking at fundraising options for the 100 or so residents who live here.

“The technology is there, we just have to tap into those resources,” added Byrd.

The panels are just a temporary option, though. The goal of having reliable running drinkable water remains the same.

Nick Starling joins CBS11 from KSHB-TV in Kansas City, Missouri, where he was a reporter for over three years. Before that, he reported in Omaha, Washington D.C., Lincoln and in central Nebraska.