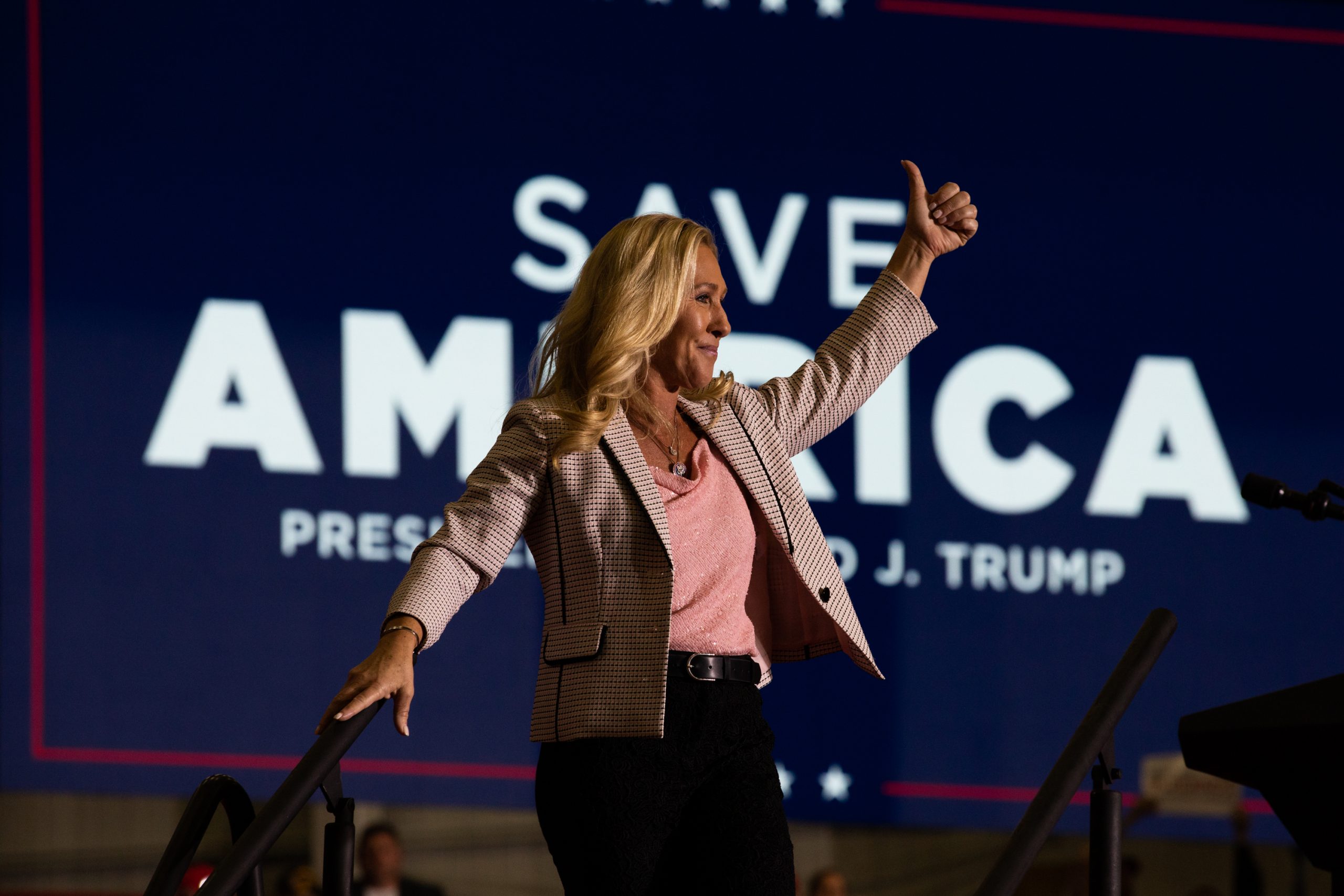 “Democrats all worship the climate just like AOC and trust me, I work with her and she is not that bright,” the congresswoman said, who also described herself as a “Southern belle” as she discussed her family’s connection to Michigan.

“Michigan has a special place in my heart,” she said. “My father is from Trenton, Michigan. My grandfather worked at Great Lakes Steel…he was a member of the union there just like so many others. So I might be a Southern belle and a Georgia peach, but Michigan runs in my blood.”

“Under Democrats, Americans just like me and you face a future hiding and fleeing persecution by a tyrannical Department of Justice and FBI, led by a president who declared us all enemies of the state,” the lawmaker said.

Biden took aim at Trump and his supporters during a speech in Philadelphia last month about the “battle for the soul of the nation.” During the fiery speech, he condemned what he views as anti-Democratic posturing from the Republican Party. He blasted them for attacking the integrity of the 2020 presidential election, opposing abortion rights, and trying “to take this country backwards.” Many in the GOP condemned the speech, as Biden faced accusations of being partisan and divisive.

“But there’s no question that the Republican Party today is dominated, driven and intimidated by Donald Trump and the MAGA Republicans. And that is a threat to this country. These are hard things,” Biden said in his speech.

Later, she also told the crowd that Democrats have begun “killing” Republicans “for daring to push back against the regime.”

“I’m not going to win mince words with you all,” she said. “Democrats want Republicans dead and they have already started the killings.”

To back up her claim, Greene said an 18-year-old had been “run down by a Democrat driver” simply “because he was a Republican.”

She was referring to an incident in North Dakota late last month when a man reportedly admitted to fatally striking a pedestrian with his car after the pair “had a political argument.” The man later claimed the pedestrian was “part of a Republican extremist group,” Fox News reported.

The congresswoman’s speech, however, sparked a backlash on social media.

Flowers added: “Her actions are beneath the office she serves. If I am elected, I will always serve with dignity and respect.”

Progressive commentator Brian Tyler Cohen said Greene was “inciting violence against her political opponents. If Republicans win the House majority, she will be the de-facto speaker.”

Meanwhile, Trump’s lengthy speech saw him repeating his baseless claims that the 2020 election was stolen from him due to widespread voter fraud. He also accused Democrats of “cheat[ing] like dogs” and suggested they support abortion “even after birth.”

“The radical Democrats believe in abortion and really right from the moment of birth, and even after birth. You can’t let this happen,” the former president said. “There’s no country in the world that wants what these crazy people want. They are radical. They want to rip babies from the wombs.”