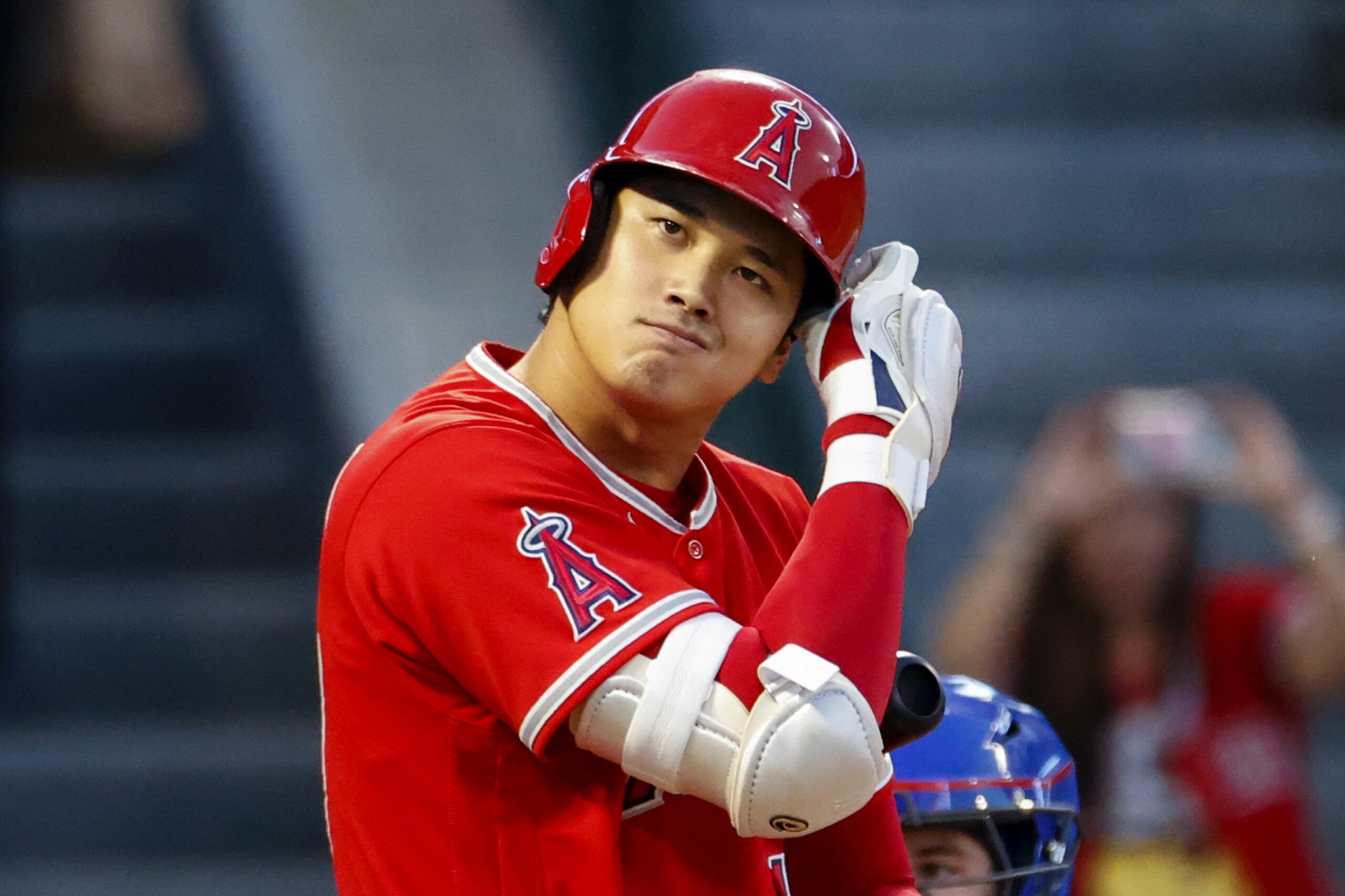 ANAHEIM, Calif. (AP) — José Suarez fell short in his bid for a perfect game, but Livan Soto made sure…

ANAHEIM, Calif. (AP) — José Suarez fell short in his bid for a perfect game, but Livan Soto made sure that he would still get a win.

The Angels left-hander lost his chance at perfection and the lead in the seventh inning against the Texas Rangers, but Soto drove in the tying run and scored the go-ahead run in the bottom of the frame as Los Angeles rallied for a 3-2 victory Saturday night.

“He had a focus about him today that I’m not sure I’ve seen,” Angels interim manager Phil Nevin said of Suarez.

It was the second time in three nights that an Angels pitcher had not allowed a hit through six innings. Shohei Ohtani carried a no-hitter into the eighth inning Thursday night against Oakland before it was broken up.

Soto had three hits, drove in a run and scored one for the Angels, who have won six straight to tie a season high.

Shohei Ohtani — who received the Angels MVP and Pitcher of the Year awards before the game — extended his hitting streak to 16 games with a base hit in the eighth inning.

Nathaniel Lowe had a two-run homer in the seventh as the Rangers dropped their fourth straight.

“He (Suarez) made one mistake and Nate made him pay for that. We tried to hold on. Unfortunately the seventh inning got us and they ended up getting two,” Rangers interim manager Tony Beasley said.

Suarez (8-8) struck out five in retiring the first 18 batters before Marcus Semien led off the seventh with a single. The 24-year old from Venezuela ran into more trouble in the inning when Lowe connected on an elevated slider and drove it into the right-field stands to put the Rangers up 2-1.

It was the first time Suarez had a no-hitter through six innings. His previous low in hits allowed at that point of a game was two, which happened twice this season.

“I knew (going out for the seventh) that I had a perfect game but my focus was on throwing seven innings. I had a bet with my pitching coach that I was going to throw seven and I did that,” said Suarez, who went seven innings to tie a season high and allowed two runs and two hits with six strikeouts.

The Angels regained the lead with a pair of runs in the seventh. Fletcher started the inning with a hit and advanced to second when Kurt Suzuki was hit by a pitch. Soto then ripped a double into the right-field gap off Jonathan Hernandez (2-3) to drive in Fletcher. Suzuki tried to score from first, but Semien made a great relay throw to catcher Jonah Heim from shallow right field to get Suzuki out at home. Heim made a hard tag to Suzuki’s head, but Suzuki remained in the game.

Matt Thaiss then hit a hard grounder to Semien at second base, but Soto beat the tag at home to give the Angels the lead.

“I was focusing on running on contact, make a nice slide and avoid the tag. I think it worked out well,” Soto said.

Ryan Tepera retired the Rangers in order in the ninth for his sixth save.

The Angels opened the scoring in the second. Jo Adell got aboard with a one-out double to left-center and then scored when Suzuki blooped a single into shallow center that Semien could not get to it in time.

Texas’ Cole Ragans went four innings and gave up one run and four hits and struck out two.

Soto went at least five innings in his last 11 starts and went 7-4 with a 2.81 ERA and 58 strikeouts. Saturday’s strong outing also allowed him to get his ERA down to 3.96 for the season.

“I’m really proud of the way he’s handled this season. You know, ups and downs but the finish for him was phenomenal,” Nevin said. “The way he takes care of himself and goes about his business, he’s a big part of what we’re doing.”

Angels: CF Mike Trout sat out after fouling a ball off his right foot during the seventh inning of Friday night’s game.

Rangers: Have not named a starter. RHP Tyson Miller (0-3, 5.40 ERA) is expected to work most of the innings.