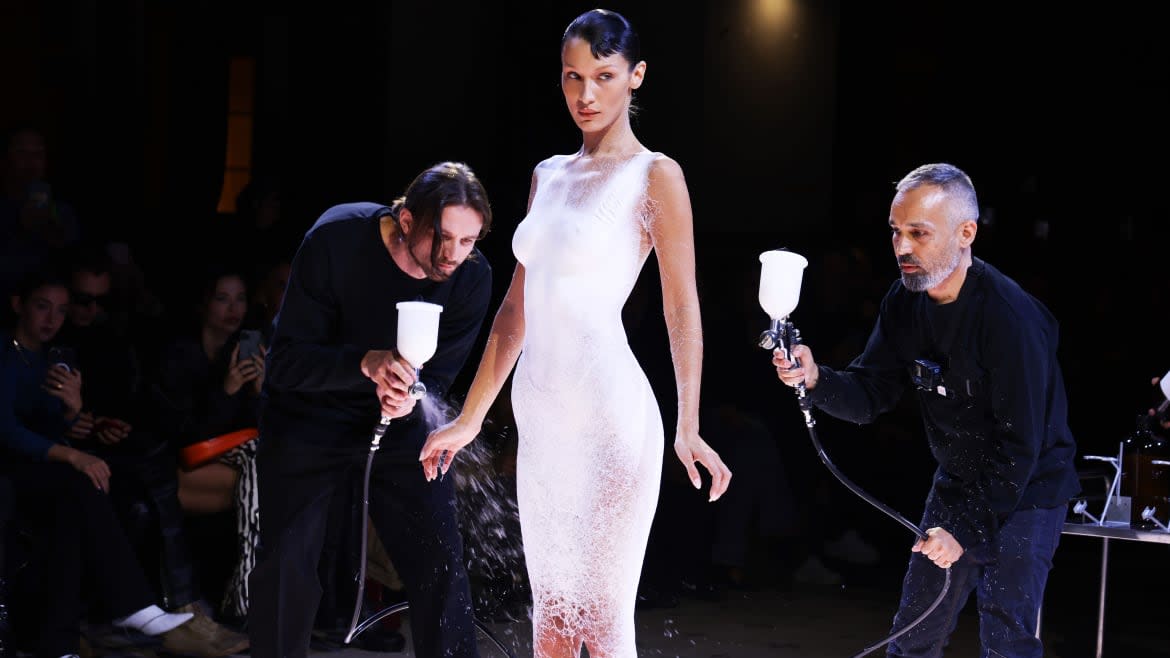 Model Bella Hadid got dressed at Paris Fashion Week quite literally—she closed Parisian ready-to-wear brand Coperni’s show by having a white evening gown sprayed onto her.

She walked on stage Friday night, covering her breasts with one hand and wearing nothing but a thong, while a team of technicians sprayed a self-hardening fabric from a can onto her bare body.

Once they had built the dress on her, she strutted down the runway, showing off her new custom-made outfit.

The seemingly made-for-social media moment is already going viral on TikTok, where users have pointed out the similarities between it and the iconic Spring 1999 Alexander McQueen fashion show. In the latter, model Shalom Harlow spun around as two robots spray painted yellow and black onto her white dress.

Hadid’s closing look was made from Fabrican, a sprayable fabric that hardens into clothing. The technology is not new; rather, the company that makes Fabrican was formed in 2003: According to the company’s website, founder Manel Torres “imagined a material that would magically fit the body like a second skin yet have the appearance of clothing. With years of research and experimentation culminating in the realization of a sprayable fabric from an aerosol can, Fabrican was born.”

Read more at The Daily Beast.

Get the Daily Beast’s biggest scoops and scandals delivered right to your inbox. Sign up now.