Yankees' Aaron Judge gives his mom record-tying baseball: 'She’s been with me through it all' - Patabook News
Patabook News
Skip to content 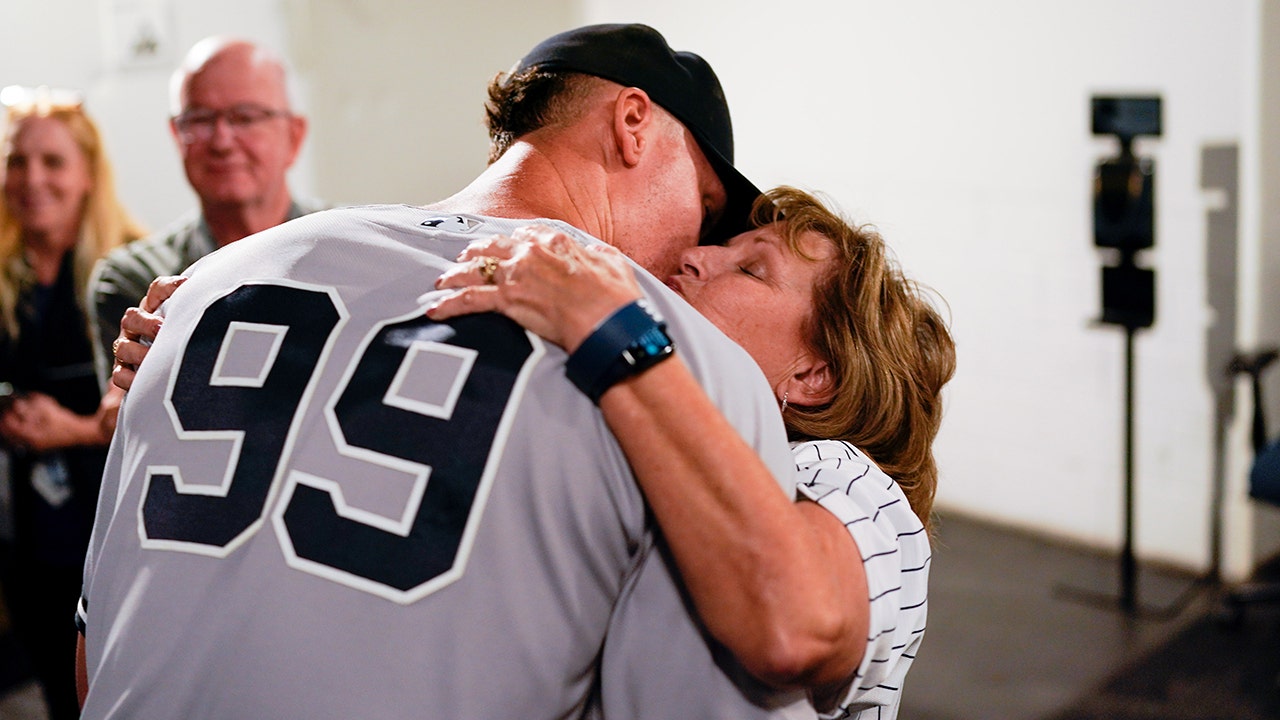 Aaron Judge finally tied Roger Maris’ home-run mark on Wednesday night and somehow managed to get the ball back to his mother, Patty.

Patty has been with Roger Maris Jr. throughout the home run chase waiting for her son to finally hit the homer that tied the mark. Judge did it in the middle of a 3-3 game and put the New York Yankees on top of the Toronto Blue Jays. New York would win the game 8-3.

According to MLB.com, Yankees reliever Zack Britton brokered an exchange for the baseball. It was initially retrieved by Blue Jays pitching coach Matt Buschmann and was given to reliever Jordan Romano.

“She’s been with me through it all,” Judge said. “From the Little League days, getting me ready for school, taking me to my first couple of practices and games, being there for my first professional game, my debut and now getting a chance to be here for this — this is something special, and we’re not done yet.”

Maris Jr. and Patty Judge hugged after the home run and met the outfielder after the game was over.

“Sitting at 60 for a while there with ‘The Babe’ was nice. Getting the chance to now sit at 61 with another Yankee right fielder that hit 61 home runs, [won] MVPs, world champions, it’s pretty cool,” he said.

Judge could pass Maris in the next few games and could even potentially pass Sammy Sosa’s 63-home-run mark set in 1999 and his 64 homer-run mark in 2001.

New York starts a series with the Baltimore Orioles on Friday.

Ryan Gaydos is the sports editor for Fox News Digital.