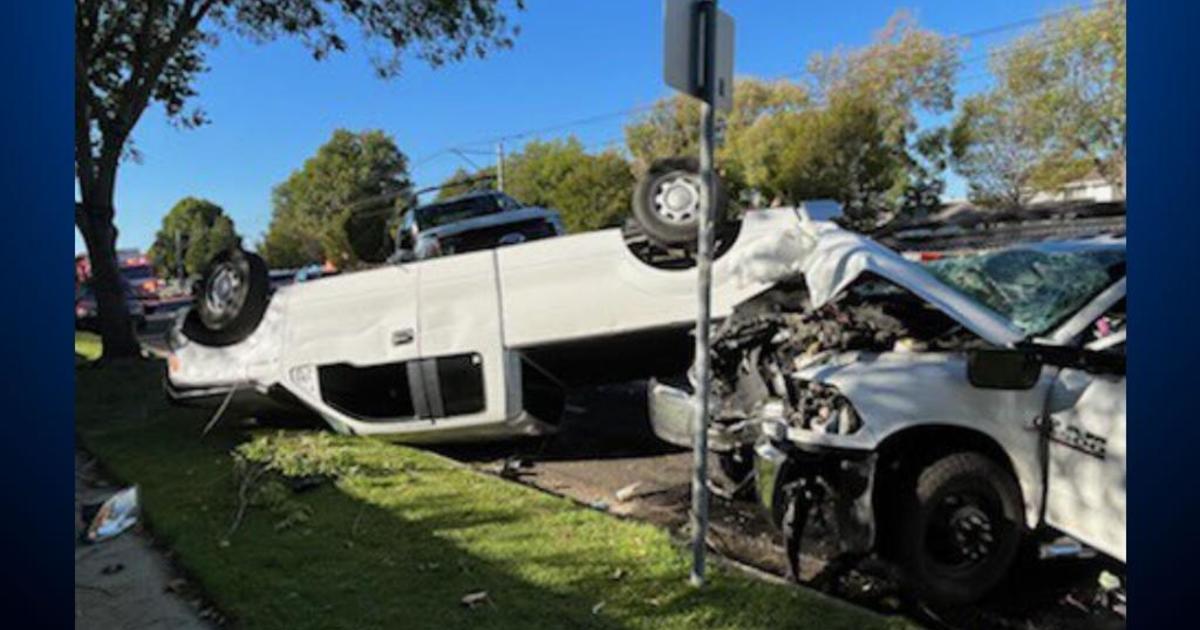 SAN JOSE – A woman who was critically injured in a horrific crash in North San Jose last week has died from her injuries, police said.

According to officers, the crash took place on September 22 at the intersection of Capitol Avenue and Berryessa Road. Several vehicles were involved and one of the vehicles rolled over in the crash.

An adult woman was hospitalized in critical condition. Police said Wednesday she had succumbed to her injuries. Her identity was not released.

Police said the woman had been driving a large pickup towing a trailer loaded with two additional trucks. According to officers, starting at 3:15 p.m., the driver was involved in three separate hit-and-run collisions in San Jose and Milpitas that took place over the span of an hour.

Around 4:30 p.m., police said she was traveling southbound on Capitol Avenue near Berryessa when her truck and trailer sideswiped a parked minivan. The truck then left the roadway and collided with a tree.

Police said the trailer then jackknifed and the lead truck on the trailer broke loose, rolling on top of the towing truck.

A picture posted by San Jose Police shortly after the crash showed a pickup truck that had rolled over and another pickup truck with extensive front-end damage.

Police said the woman was the 52nd victim of a traffic fatality in San Jose this year and the crash was the city’s 50th fatal traffic incident of 2022.

The city, which had a record-breaking 60 traffic fatalities in 2021, is on pace to shatter last year’s high.

“We all need to work together to prevent these incidents,” police said following the crash, urging drivers to slow down, to be courteous behind the wheel and not to drive distracted.

Anyone with information about the crash is asked to contact Detective O’Brien of the department’s Traffic Investigations Unit by calling 408-277-4654 or emailing 3527@sanjoseca.gov.