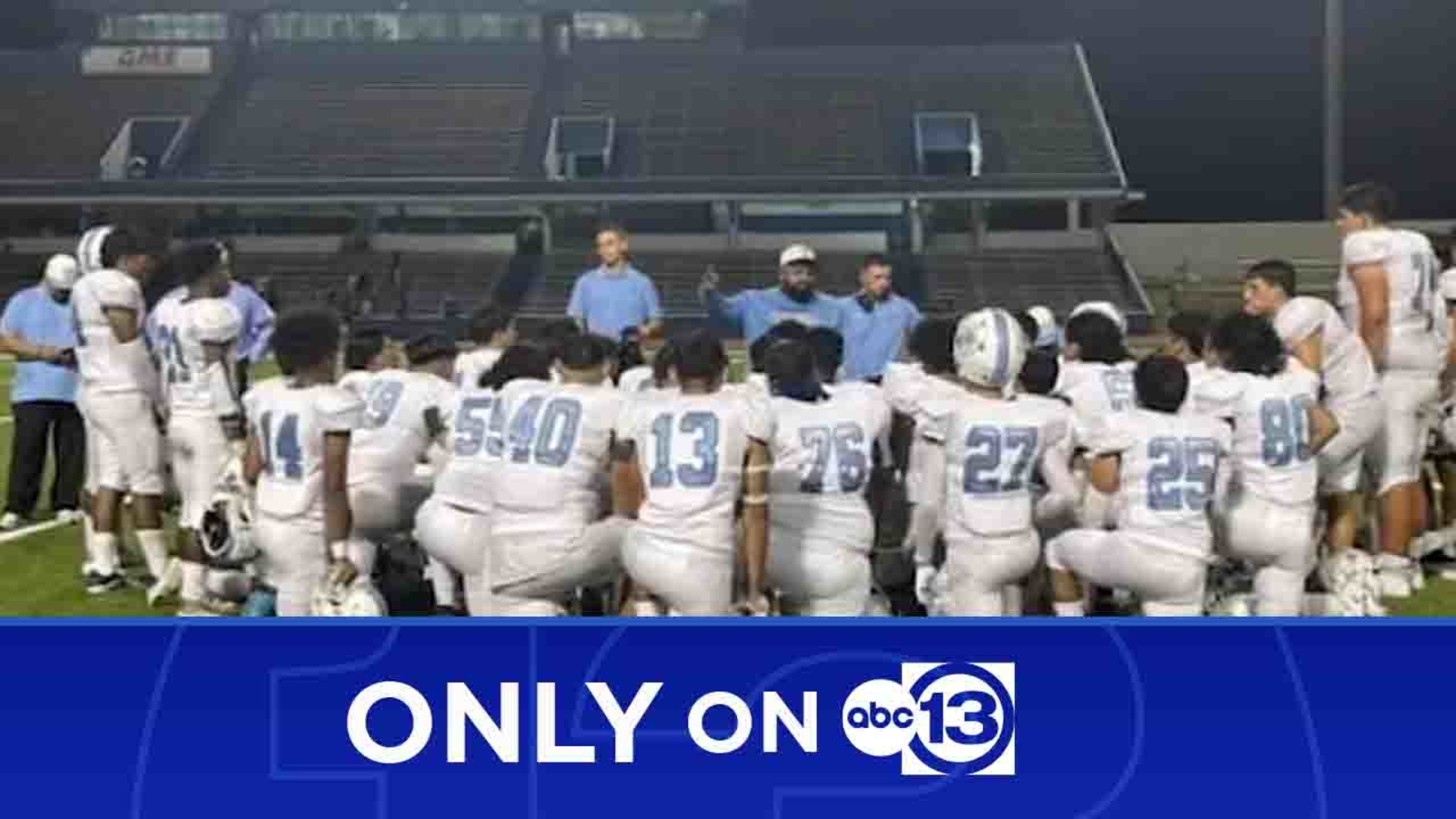 “I’m able to impact kids,” Gonzalez explained about his coaching profession. “I get to be there for kids.”

Earlier this month, Gonzalez’s children played against the kids he coached.

“It was added pressure playing my old school,” Gonzalez, who is in his first season as Rayburn’s head coach after coming from Chavez High School, said.

“He was just not feeling good at all,” Torres recalled. “And then, a cart had to come and escort him out.”

At age 33, Gonzalez was having a heart attack.

“I’ve got my daughter at home, and I have a bunch of other kids that I love being around and depend on me – I don’t want to die, doctor,” Gonzalez remembered saying upon learning he was having a heart attack. “He told me I’m at the right place because ‘it isn’t going to happen tonight.'”

Gonzalez said he had a pair of stints put in because two arteries were 100% blocked. After resting at home last week, he’s now back with his team – with a new perspective.

“It doesn’t hurt to get checked every six months to a year,” Gonzalez noted. “The big thing is, enjoy life – really enjoy it. And get rid of some bad habits that aren’t worth it.”

Prior to Friday’s game against Channelview, he’ll eat a salad for a pregame meal while his players are enjoying spaghetti. But he’s alive and well – so now Gonzalez can continue to do the only thing he’s ever wanted to do.