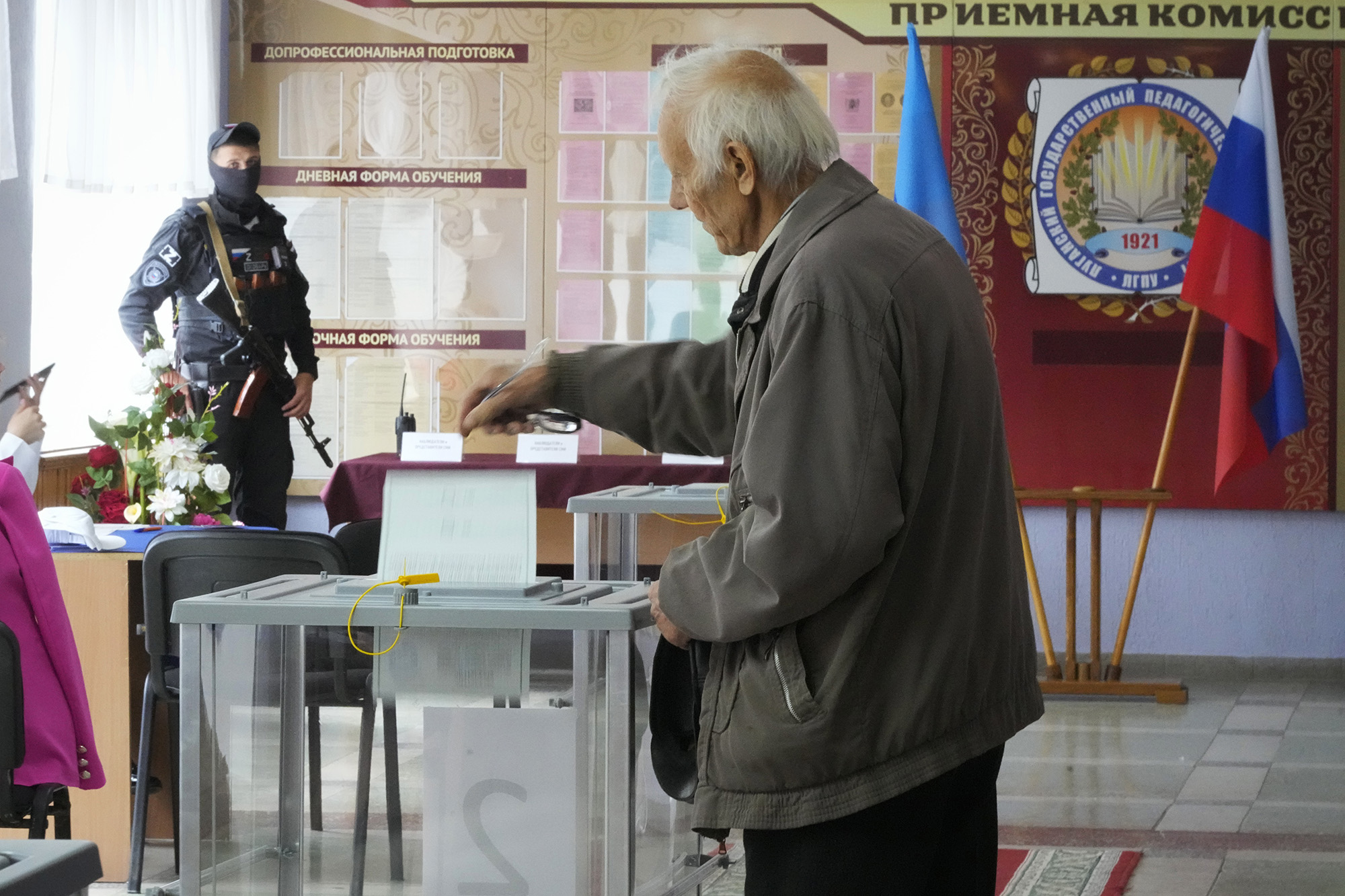 The Kremlin will host a ceremony on Friday at which agreements will be signed on the annexation of occupied Ukrainian territories to the Russian Federation, President Vladimir Putin’s spokesperson told reporters on Thursday.

Putin will deliver a speech and meet with Russian-backed leaders of the four occupied regions on the sidelines of the ceremony, he added.

Separatist leaders from the Kherson and Zaporizhzhia regions, and the self-proclaimed Donetsk and Luhansk People’s Republics all travelled to Moscow following the announcement of poll results.

The four territories, which together make up around 18% of Ukraine’s territory, recently held Moscow-backed “referendums” on joining Russia. These have been widely condemned by Western leaders as a “sham.”

Billboards proclaiming “Donetsk, Luhansk, Zaporizhzhia, Kherson – Russia!” and giant video screens have been set up on Red Square, according to Reuters on Thursday.

Some context: “Votes” for referendums on joining Russia, held in the four occupied areas from Friday to Tuesday, are contrary to international law and have been universally dismissed as “a sham” by Ukraine and Western nations, including US President Joe Biden.

Counts cited in Luhansk, Donetsk, Kherson and Zaporizhzhia ranged from 87.05% approval to claims of nearly universal verdicts, yet such figures stand in stark contrast to reality. According to a CNN poll of Ukrainians in February, just before Russia’s invasion, no region in the country had more than one in five people supporting Ukrainian unification with Russia.

Reports from affected regions suggested that votes had been collected at civilian’s doors by authorities, trailed by armed guards.

Despite the referendum’s rejection by the global community and consequentially, international law, there are concerns that Putin will use the claim of occupied Ukrainian support for Russia as pretext to escalate the war.