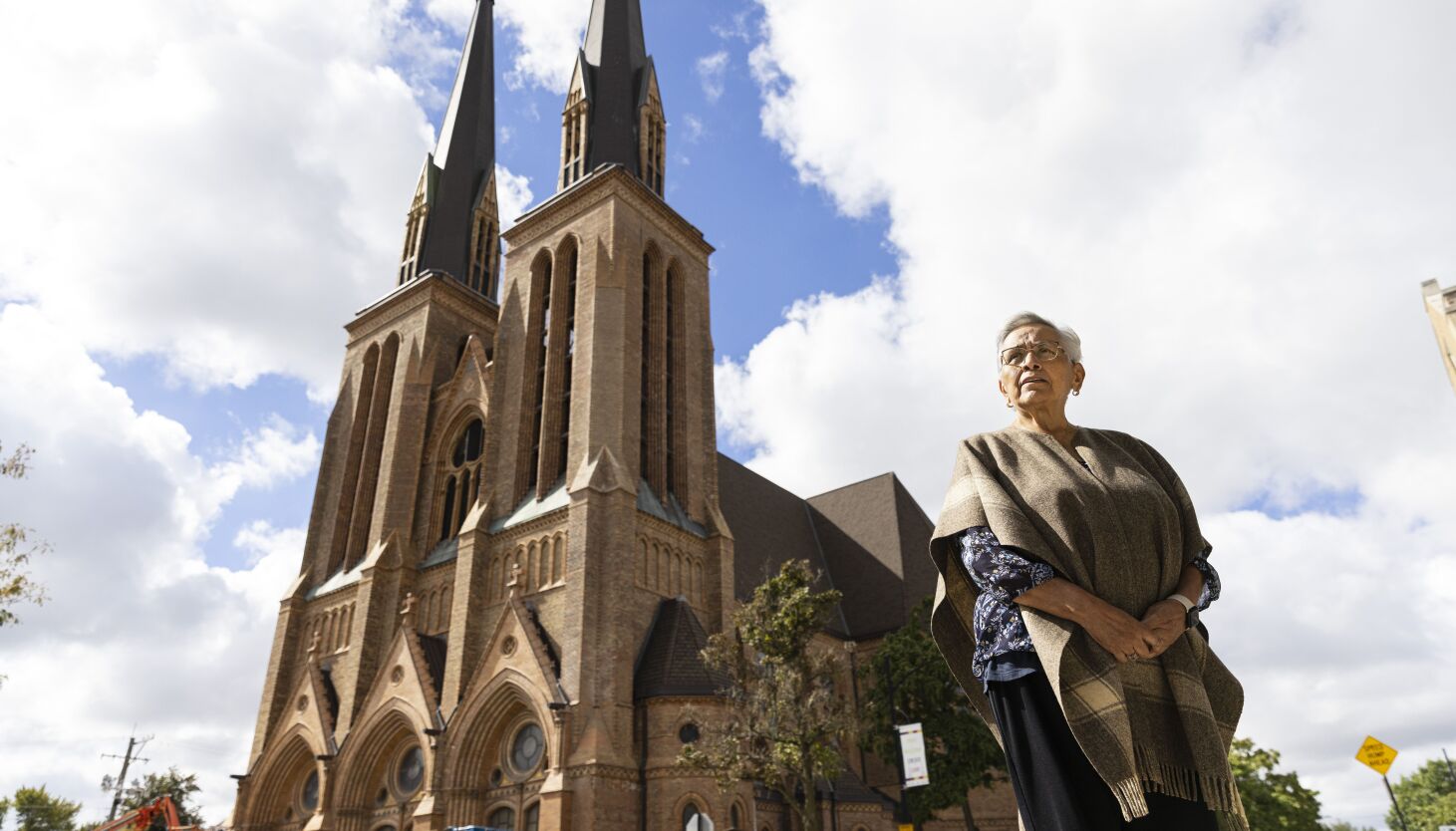 At a West Side church last spring, Mary Gonzales trotted out a classic community organizing tactic, asking a group of elected officials and bureaucrats — one by one in front of a crowd of several hundred people — to pledge to do everything in their power to reduce pollution in the neighborhood.

Each person was asked: “Will you, within your authority, act to reduce air pollution in the next two years?”

Every one of them — members of the Chicago City Council, state representatives and government executives — responded: “Yes.”

Gonzalez, 81, plans to press her case again Thursday night as community members gather at St. Paul’s Catholic Church at 2127 W. 22nd Pl. to press their case to shut down a nearby scrap-metal shredding operation owned by Sims Metal Management.

With the 2020 closing of General Iron’s automobile-shredding site in Lincoln Park and City Hall’s subsequent denial of its bid to reopen at a new location on the Southeast Side, Sims, 2500 S. Paulina St., is the only large-scale metal scrapper still operating in Chicago, shredding cars, large appliances and other items for reuse.

Gonzalez — joined by her younger sister Theresa McNamara, 61 — has been organizing community residents, forming a coalition of community, health and religious groups that includes the 6,000-member St. Paul congregation, where Gonzales leads the social justice committee.

Even with support of the church and others, Gonzalez says she knows she’s facing a tough fight but says she and her sister have been inspired by the work of their mother, Pilsen activist Guadalupe Reyes, who died in 2000.

“We’re going to give it everything we’ve got,” Gonzalez says.

Sims is seeking state and city approvals to keep operating after running afoul of pollution laws in recent years. Last year, Illinois Attorney General Kwame Raoul sued the company for failing to show that it is limiting the release of harmful chemicals.

That lawsuit followed a settlement with the U.S. Environmental Protection Agency almost four years ago over air pollution violations in which Sims agreed to pay $250,000 in a settlement.

Debra Shore, the federal EPA’s regional administrator in Chicago, was among the officials who pledged at the gathering in April to work to reduce air pollution. The EPA recently required the company to monitor for hazardous air pollutants and other contaminants and plans to make the results of that testing public.

“At every turn, they have been a bad faith actor in the community,” says McNamara, who works with a collection of neighborhood groups called the Southwest Environmental Alliance, which is one of the leaders of the anti-Sims campaign.

Sims spokeswoman Real Hamilton-Romeo says the company plans to build “state-of-the-art, advanced emission controls” as part of a requirements set by Raoul. The company also has promised to engage more with residents of the surrounding community.

The Sims scrapyard has been operating for decades. But that was before most people had a clear understanding of the cumulative impact of concentrated industry on air quality and the health of people who live nearby, Gonzalez says.

Sims — whose operation spews heavy metals, including lead, into the atmosphere — is located near three schools as well as near homes.

Donald Wink, a University of Illinois Chicago chemistry professor who is advising another community group, Pilsen Environmental Rights and Reform Organization, says he’s worried most about the levels of lead and other toxic metals — chromium, cadmium, nickel and manganese — being released by Sims.

Wink is critical of state and federal oversight plans so far, saying the pollution-control effort ordered by Raoul is already underway even though it’s not clear how much metal and other pollutants are being released. The harmful metals could form other contaminants as they’re burned at high temperatures, according to Wink, who says Gov. J.B. Pritzker’s environmental agency doesn’t have an adequate plan for monitoring the company.

Sims also is seeking an operating permit from the city, with a community meeting on that set for Oct. 19 at Benito Juarez High School.

Gonzalez, who retired about a decade ago from a career of national and international social justice organizing for the Gamaliel Network, also is pushing for a state law to add protections for communities heavily burdened by pollution. The environmental justice bill stalled in the Illinois legislature earlier this year.

Without such a law, the system is stacked against communities such as Pilsen, she says.

Brett Chase’s reporting on the environment and public health is made possible by a grant from The Chicago Community Trust.