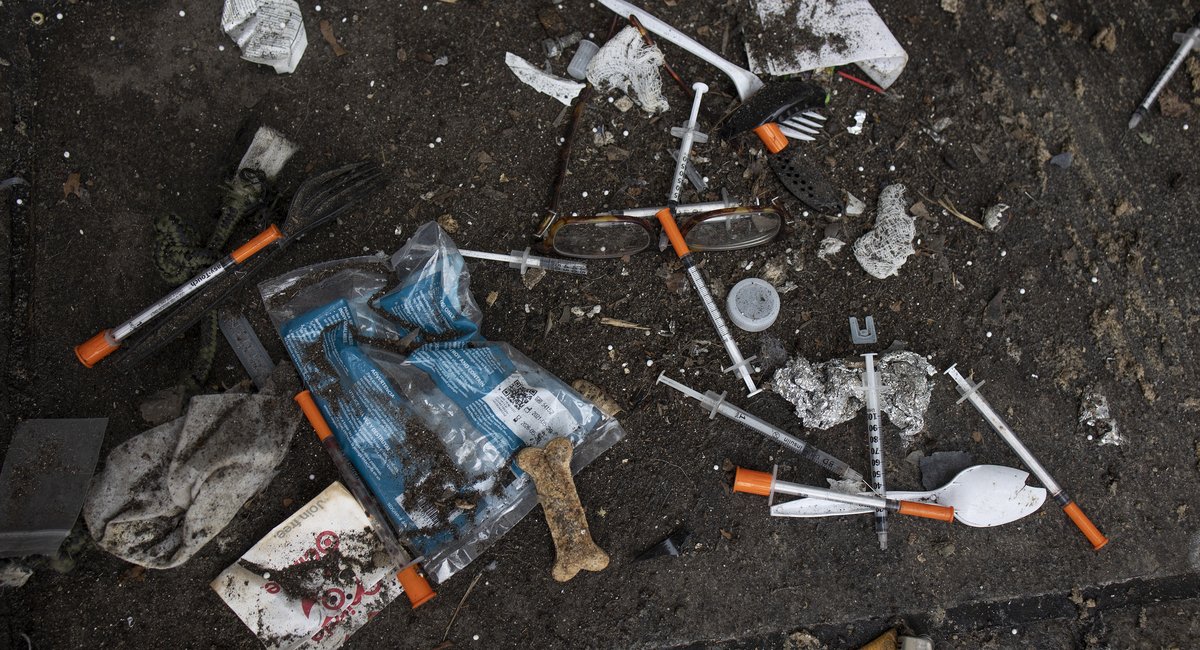 With complaints about syringe litter on the rise, the New York City Council is considering a new way to keep needles off of sidewalks and out of parks: Paying drug users to turn them in.

Similar to a bottle return program, the syringe buyback proposal would offer an incentive for people to bring used syringes to designated sites. They would get 20 cents per needle, with a cap of $10 per day for each participant. A bill introduced last month would establish a pilot program for the idea. Fifteen syringe exchange service programs where people can pick up clean needles and drop off used ones already exist across the city, albeit without the monetary reward.

“Children are coming in contact with dirty needles day in and day out and, quite frankly, I haven’t seen or heard from anyone on a plan of action,” said Councilmember Diana Ayala, who represents parts of Harlem and the Bronx and is the bill’s primary sponsor.

But at a City Council hearing on the measure last week, some lawmakers questioned whether a buyback program would be sufficient to address the city’s growing syringe litter.

The city didn’t start tracking 311 complaints specifically about syringes until October 2019, according to Bill Reda, a spokesperson for NYC311. Since then, his department has recorded a steady increase in complaints filed annually: 461 in the year 2020, 500 in 2021, and already 535 to date in 2022.

Syringe litter complaints were spread throughout the five boroughs, but ZIP code 10033, which covers part of Washington Heights, had the most. ZIP codes encompassing parts of Hell’s Kitchen and Williamsburg came next in the rankings, respectively.

With the opioid crisis reaching new heights, New York City began staffing a special unit of the Department of Sanitation dedicated to cleaning up syringes and other potentially dangerous waste in spring 2021. The unit was first announced in October 2019, but its launch was delayed due to pandemic-related budget cuts that took effect in July 2020, according to Vincent Gragnani, a spokesperson for the sanitation department.

The unit picked up 69,692 syringes across the five boroughs between June 2021 and this July, its first full fiscal year in effect, according to the latest Mayor’s Management Report.

Sanitation workers collected the most syringe litter in the South Bronx — the area that also has the highest rate of drug overdose deaths in the city — followed by northern Manhattan and northern Brooklyn, Gragnani said. Some — but not all — of these areas overlap with the 311 hotspots. Some nonprofit organizations also help clean up syringes in Ayala’s district and other parts of the city.

But she said the problem persists. “It’s inhumane and, quite frankly, I’m tired of it,” she said.

Ayala’s buyback proposal mirrors a project that’s already experienced success in Boston, the Community Syringe Redemption Program. Since launching in December 2020, participants have collected more than 2.2 million syringes, according to Josh DeLisle, co-founder and program director at Addiction Response Resources, the company that runs the initiative. At a rate of 20 cents per needle, that’s more than $440,000.

New York City health officials are assessing the feasibility of piloting a similar program here and are planning to gather more information about the Boston model, Michael McCrae, acting executive deputy commissioner for mental hygiene at the city’s health department, said at the City Council hearing.

“We’re looking to do our research to figure out what makes sense,” McCrae said. “We want to be responsive to concerns around syringe litter, but we want to be mindful of unintended consequences as well.”

As written, one part of Ayala’s legislation needs clarification, McCrae noted at the hearing. The bill indicates that only people using overdose prevention centers — also known as supervised injection sites — would be able to participate in the syringe buyback pilot. But the city’s two overdose prevention centers, where people use drugs under staff supervision, already require clients to use clean needles they are given onsite. The users are also required to dispose of the syringes before they leave, eliminating the possibility of outdoor litter.