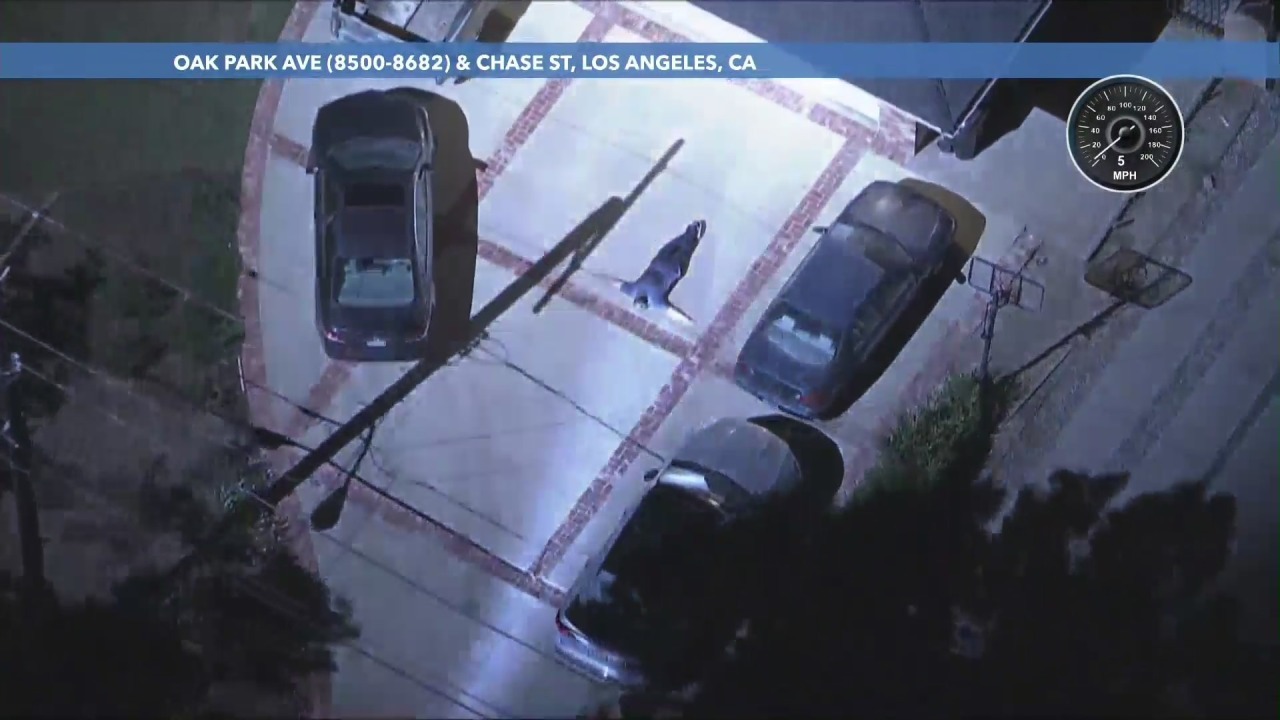 For more than an hour Wednesday night, the driver of a car believed to be stolen refused to stop as he eluded Los Angeles Police Department officers in the San Fernando Valley and Simi Valley.

The pursuit began around 10 p.m., and the driver flew through red lights and around sharp corners at high speeds, often with the car’s headlights off.

At one point, the driver went into a cul-de-sac where it appeared police had him cornered, but he was able to maneuver out of the tight spot and the chase continued.

About 10 minutes after a spike strip appeared to destroy the two rear tires, the driver tried to abandon the car, though the LAPD’s helicopter spotlight made it impossible for him to escape.

He returned to the vehicle and drove for another half an hour.

Just after 11 p.m., the driver stopped the car, got out and tried to lose the helicopter by running through backyards.

The attempt was unsuccessful, however, and the driver surrendered to police a few minutes later. He could be seen lying on the concrete of a driveway until officers arrived to take him into custody.