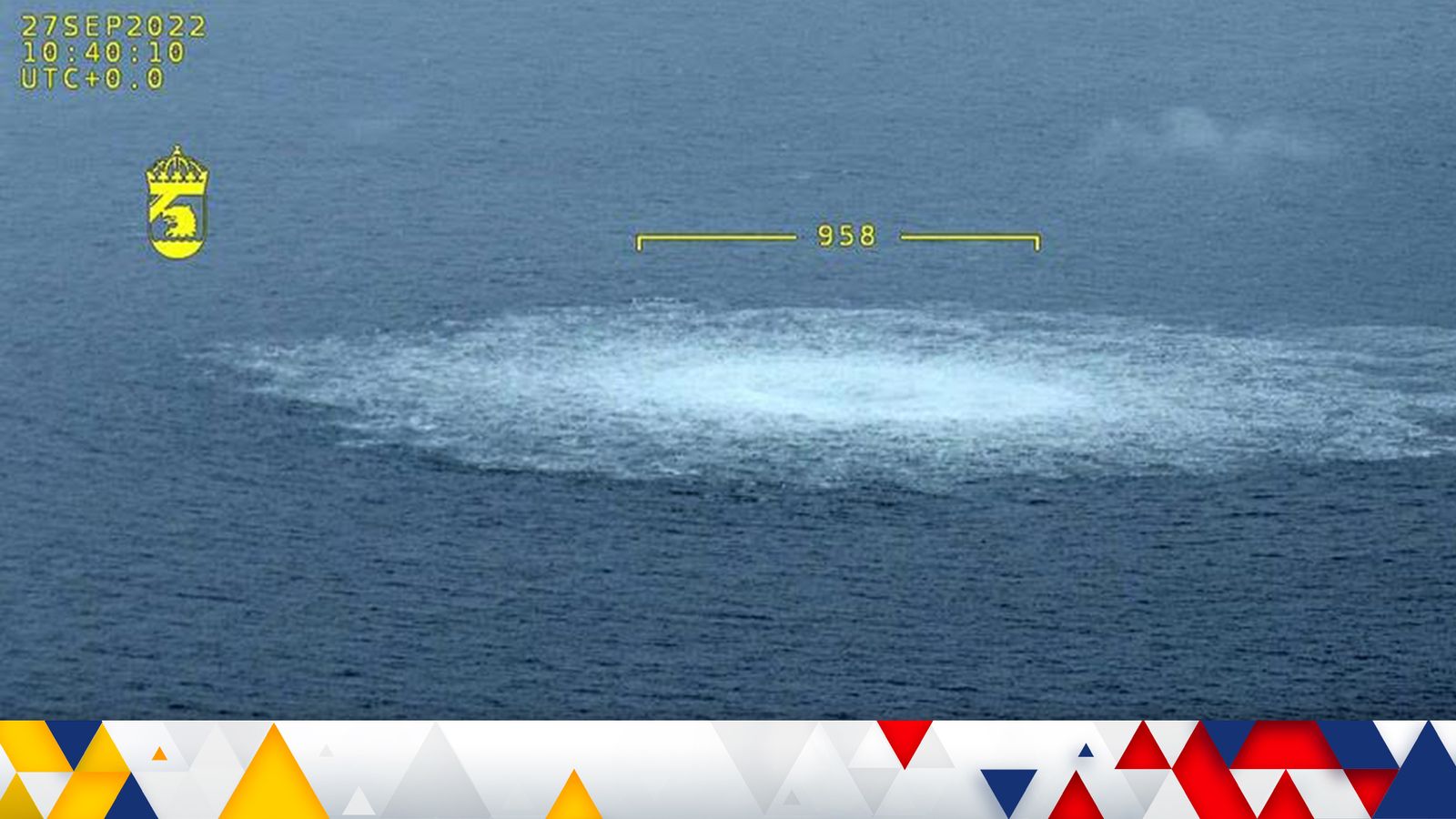 The European Union’s top diplomat suspects that damage to two underwater Nord Stream natural gas pipelines was sabotage and warned of retaliation for any attack on Europe’s energy networks.

In a statement on behalf of all 27 member states, EU foreign policy chief Josep Borrell said: “All available information indicates those leaks are the result of a deliberate act.

“Any deliberate disruption of European energy infrastructure is utterly unacceptable and will be met with a robust and united response.”

Seismologists reported on Tuesday that explosions rattled the Baltic Sea before unusual leaks were discovered on two underwater natural gas pipelines running from Russia to Germany.

Russia has denied being behind any attack on the pipeline.

The three leaks were reported on the Nord Stream 1 and 2 pipelines, which are filled with natural gas.

While they are not currently delivering the fuel to Europe, the damage means the pipelines are unlikely to be able to carry any gas to Europe this winter even if the political will to bring them online emerged, according to analysts.

Mr Borrell said the EU will support any investigation into the damage, and “will take further steps to increase our resilience in energy security”.

Mateusz Morawiecki, the Polish prime minister, has called the damage an “act of sabotage”, while his Danish counterpart Mette Frederiksen said she views the leaks as “deliberate actions”,

The Danish energy authority said any event like this was “extremely rare”.

Denmark’s defence minister Morten Bodskov said: “There is reason to be concerned about the security situation in the Baltic Sea region.

“Despite the war efforts in Ukraine, Russia has a significant military presence in the Baltic Sea region and we expect them to continue their sabre-rattling.”

While it remains unknown who might be responsible for the damage, given its undersea location, Polish foreign minister Zbigniew Rau said on Tuesday that the leaks could be part of Russia’s hybrid war on NATO.

Kremlin spokesman Dmitry Peskov said allegations that Russia could be behind the incidents were “predictable and stupid”.

He told reporters in a conference call that the damage has caused Russia huge economic losses.

“Typically normal leaks due to corrosion start small and build up over time. Therefore such a sudden large leak can only have come from a sudden blow cutting the pipe.”

Professor Michael Clarke, a security and defence analyst, told Sky News leaks in the Nord Stream gas pipeline in the Baltic Sea were caused by “three explosions near the seabed”.

He added it is “clearly an act of sabotage”, as you need a submarine to cause such chaos underwater.

“This is not some casual terrorist act, it has to be a government. The only government who could really gain from that, in a peculiar way, is Russia – none of the European governments would want to do it.”

His comments come after Denmark said “deliberate actions” caused such leaks in the pipelines, which run under the Baltic Sea from Russia to Germany.

“Privately, everyone is convinced this is a Kremlin-inspired piece of sabotage,” Professor Clarke said.

“This is a strategic own goal because although it increases the sense of isolation that there will be no Russian gas for Europe this winter, it actually destroys Russia’s credibility completely with European customers for the next couple of generations.”

Asked why they would do it, Professor Clarke said his guess is that the Russians wanted to “create insecurity that there may be more of this”.

“It opens up a new front in the war. It means the Ukrainian war is now going to the Baltic.”