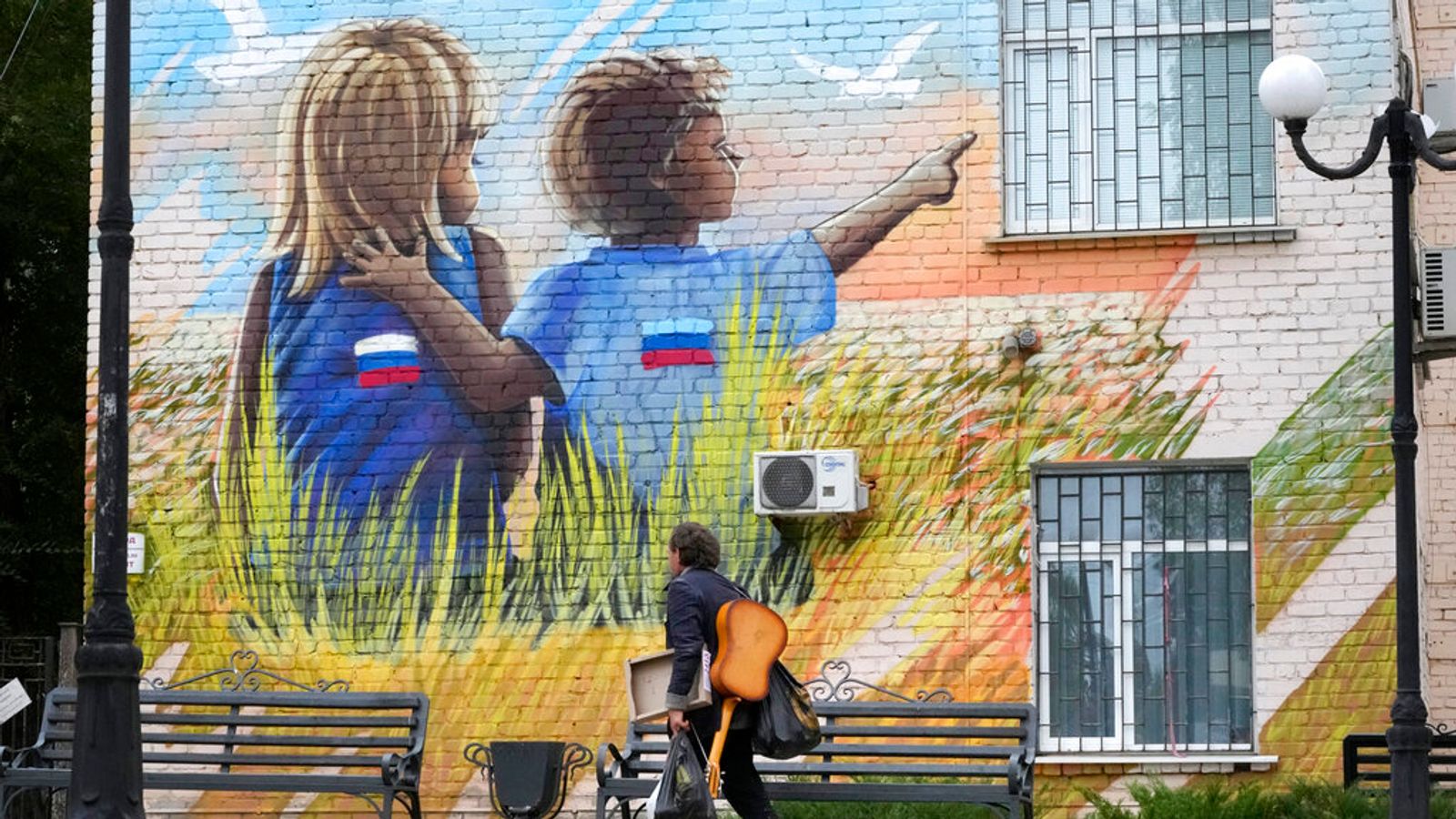 All four of the occupied areas of Ukraine have voted to join Russia after referendums in the republics and regions, pro-Moscow officials have said.

British Foreign Secretary James Cleverly is one of the many western politicians who earlier described the votes in the self-declared republics of Luhansk and Donetsk and the regions of Kherson and Zaporizhzhia as “sham” referendums.

The UN Security Council is scheduled to meet in New York later to discuss a resolution that says the results will never be accepted and that the four regions remain part of Ukraine.

However any proposed resolution is highly unlikely to be ratified as Russia, as a permanent member, has a veto.

It comes after Russia-installed election officials said 93% of the ballots cast in the Zaporizhzhia region were in support of annexation, as were 87% of ballots in the southern Kherson region, 98% in Luhansk and 99% in Donetsk.

Moscow-backed officials in the four occupied regions in southern and eastern Ukraine said polls closed on Tuesday afternoon after five days of voting.

Tens of thousands of residents had already fled the regions because of the war.

The preordained outcomes set the stage for a dangerous new phase in Russia’s seven-month war in Ukraine because they are expected to serve as a pretext for Moscow to annex the four areas.

That could happen as soon as Friday.

Meanwhile, Russia has ramped up warnings that it could deploy nuclear weapons to defend its territory, including newly-acquired land.

Kremlin spokesman Dmitry Peskov said after the balloting that “the situation will radically change from the legal viewpoint, from the point of view of international law, with all the corresponding consequences for protection of those areas and ensuring their security”.

Moscow has also mobilised more than a quarter of a million more troops to deploy to a front line of more than 620 miles.

It comes as Ukrainian president Volodymyr Zelenskyy told the UN Security Council by video from Kyiv that Russia’s attempts to annex Ukrainian territory will mean “there is nothing to talk about with this president of Russia”.

The remark appeared to rule out negotiations.

Russian president Vladimir Putin is expected to address his country’s parliament about the referendums on Friday, and Valentina Matviyenko, who chairs the parliament’s upper house, said lawmakers could consider annexation legislation on 4 October.

The referendums follow a familiar Kremlin playbook for territorial expansion.

In 2014, Russian authorities held a similar referendum on Ukraine’s Crimean Peninsula, under the close watch of Russian troops.

Based on the voting, Russia annexed Crimea.

Mr Putin cited the defence of Russians living in Ukraine’s eastern regions, and their supposed desires to join with Russia, as a pretext for his 24 February invasion of Ukraine.

The Russian president has been talking up Moscow’s nuclear option since Ukrainians launched a counteroffensive that reclaimed territory and has increasingly cornered his forces.

A top Putin aide ratcheted up the nuclear rhetoric on Tuesday.

“Let’s imagine that Russia is forced to use the most powerful weapon against the Ukrainian regime that has committed a large-scale act of aggression, which is dangerous for the very existence of our state,” Dmitry Medvedev, deputy head of the Russian Security Council that Putin chairs, wrote on his messaging app channel.

“I believe that NATO will steer clear from direct meddling in the conflict.”

The United States has dismissed the Kremlin’s nuclear talk as a scare tactic.