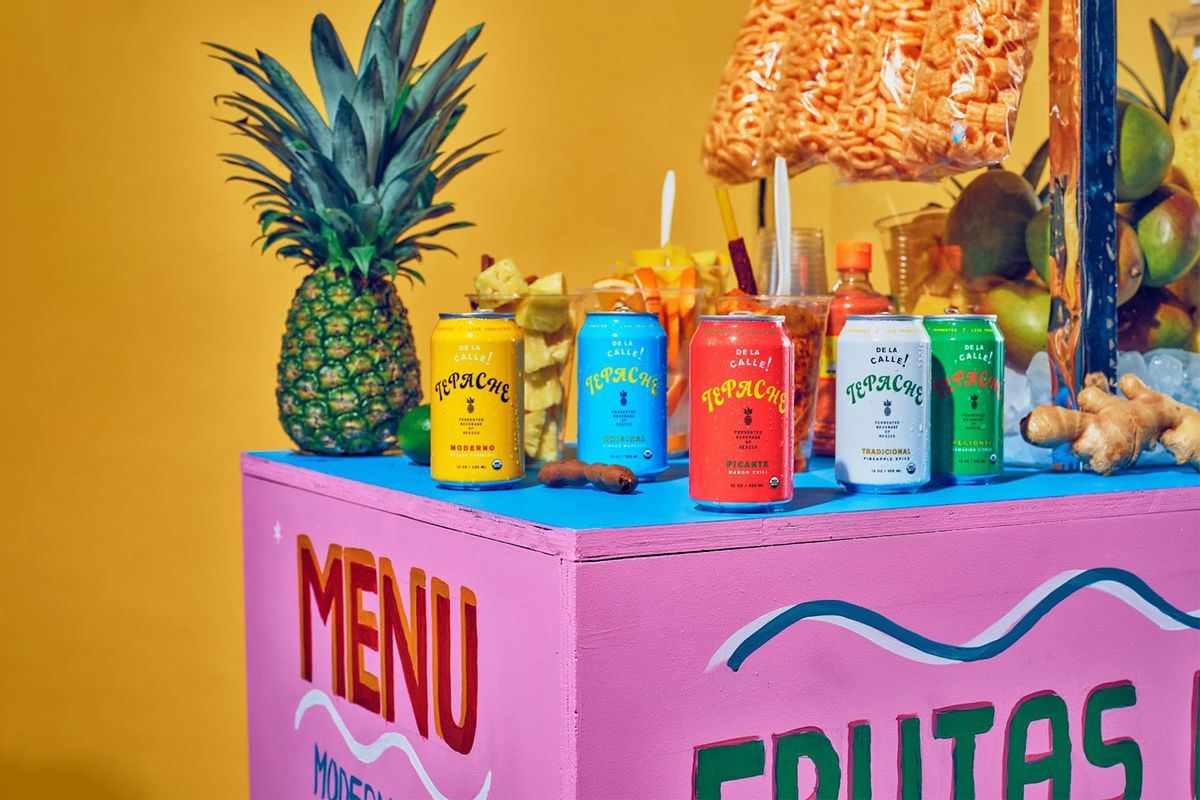 When the hot, dry breath of summer settles over southern New Mexico with seemingly no end in sight, my cadre of tolerable beverages constricts to solely those that quench. Enter De La Calle tepache, the bright and refreshing canned take on an ancient fermented drink you’ll find on wheeled carts at street markets or bubbling away under the sink in home kitchens across Mexico.

I gazed at the cactus-dotted expanse of my desert backyard beneath a punishing sun as I cracked a condensation-beaded can of pineapple spice — one of the original five flavors Los Angeles-based De La Calle debuted with last year. The zero-proof drink was tart and lightly fizzy, with gentle warmth from cinnamon, ginger and black pepper. Unlike the multitude of sodas and fruity ready-to-drink beverages on the market, De La Callie’s delicate sweetness didn’t linger — making it a fine, understated base for a shot of tequila or mezcal, should the occasion arise to turn it dirty, I thought innocently.

De La Calle’s flagship flavor also proved a fitting entrypoint to tepache itself, which is traditionally made by fermenting pineapple peels and cores for a few days with unrefined brown sugar and spices. This pre-Columbian beverage purportedly originated among the Nahua people of central Mexico or the Mayans of the Yucatan. The name, which stems from the Nahuatl word “tepiatl,” is a conjunction of “corn” and “tender water,” referring to the drink’s corn base. After Spanish colonizers introduced fruits like pineapple, the spiny tropical fruits became the preferred base for tepache. (You’ll still find fermented corn drinks all over Mexico, colloquially known as tejuino.)

For Rafael Martin del Campo, who co-founded De La Calle with CEO Alex Matthews, tepache conjures clay jars lining the fruit carts at street festivals and celebrations in his native Querétaro, Mexico. But most of all it takes him to his childhood home kitchen, where he’d often watch his grandmother make tepache, fine-tuned to consonance with cinnamon and black pepper.

Most of all it takes him to his childhood home kitchen, where he’d often watch his grandmother make tepache, fine-tuned to consonance with cinnamon and black pepper.

“I remember coming to the kitchen and smelling fruit, and I would eat pineapple while she was making tepache,” says del Campo. “She learned to make it from her grandmother; it’s something that’s passed down from generation to generation.”

Del Campo went on to study fermentation in a food sciences and technology program in college and worked in research and development for kombucha brand KeVita, while at home he continued evolving his generational tepache recipe with new additions like star anise and ginger. A friend introduced him to Matthews, an entrepreneur who’d co-founded beverage brands Vina and Juice Served Here and had fallen in love with tepache on trips to Mexico City.

“He asked me if I knew what tepache was,” del Campo says. “I’m like, ‘I make this at home in my kitchen!’ I made a batch that same weekend, brought it in for him to taste the next week and he said, ‘wow, this is amazing! Why doesn’t it exist out there?'”

Del Campo and Matthews spent roughly a year traveling around Mexico getting inspired by regional Mexican ingredients and seasonal flavors, while del Campo workshopped and scaled his recipes. The lineup of now nine flavors in cheerful, candy-colored cans includes mango chili, tamarind citrus, orange turmeric, ginger manzana, cactus prickly pear and watermelon jalapeño. A process during production extracts the alcohol that naturally occurs as part of the fermentation process, leaving behind lactic acid. (I can’t help but quip to Del Campo that one of the top Google searches related to tepache is, “Can tepache get you drunk?”)

Since launching in January 2021, the company has expanded at a rapid clip from its L.A. homebase, securing $7 million in funding and achieving distribution in some 30 states within just over a year.

I can’t help but quip to Del Campo that one of the top Google searches related to tepache is, “Can tepache get you drunk?”

“We’re expanding as we talk,” Del Campo says, referencing a national rollout in Whole Foods and throughout California Target stores, both of which take place in September. He thinks the drink’s relative healthfulness — low in calories, probiotic and antioxidant-rich — has a lot to do with its appeal. Not to mention the simple calculation of its plain likability — something our Mexican neighbors have known for centuries.

“Everybody in Mexico already knows about tepache — it’s so popular, there’s a pop culture song called ‘Pina & Fresa,'” he said. “Here we’re educating the general population, and I think it’s going well. Just think of kombucha — nobody knew what it was not that long ago. But if it’s something people like then it’s going to be accepted by the masses.”

As for me, my current favorite is tamarind citrus. Inspired by its namesake fruit pod — which you’ll find on the beaches of southern Mexico mixed to a paste with sugar and chiles — the canned iteration is tangy and salty-sweet. Perfect on a searing afternoon, corregido con un chupito de tequila, should the occasion arise, of course.