Bathrooms in house for sale in Canada are ... odd. ‘Folks do it different up north’ - Patabook News
Patabook News
Skip to content 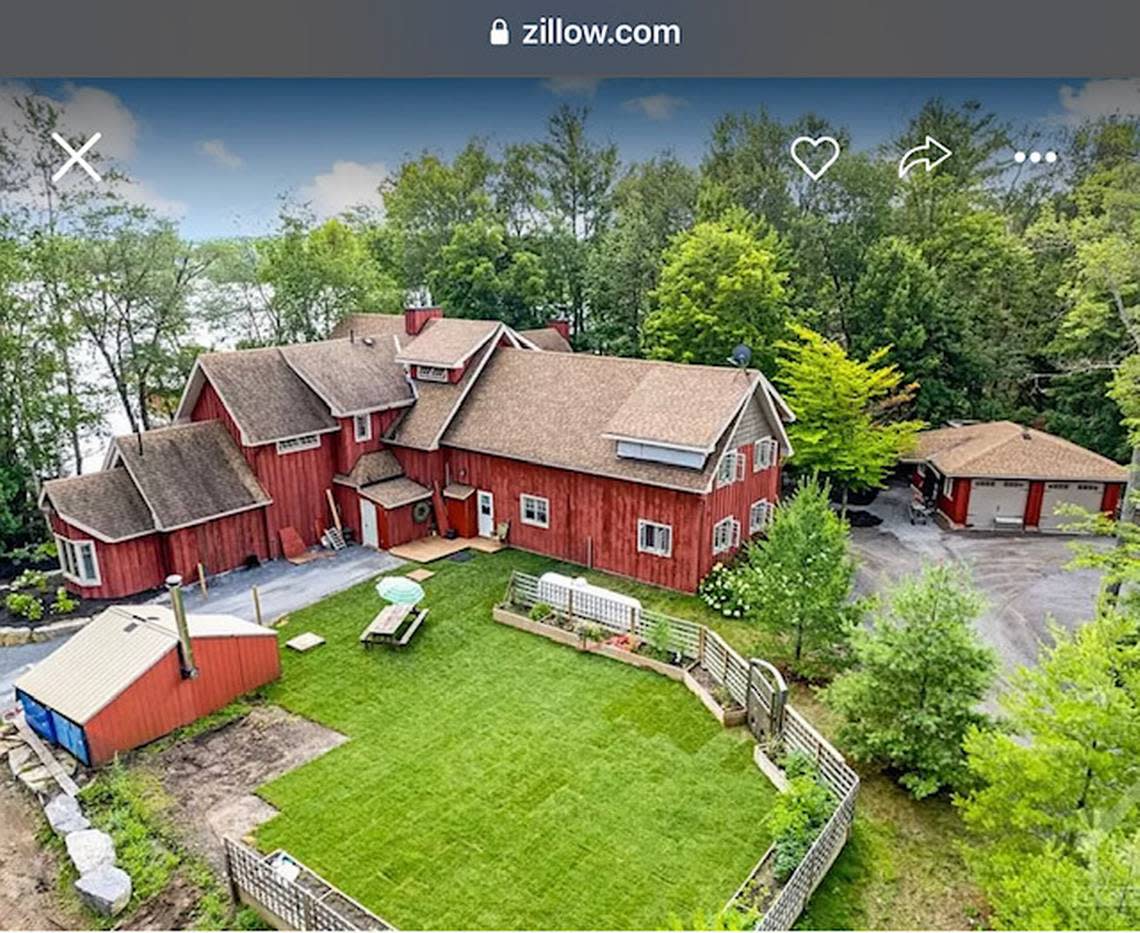 An estate on the real estate market in Ontario, Canada, for $2.29 million will enchant some with its fairy tale-like interior, but others? Well, they’re a little thrown off.

The lakefront property has a “resort-like setting,” according to the listing on Zillow.com, and even comes with a dock that’s a “combined boathouse-houseboat,” which is sure to attract water lovers and outdoors enthusiasts.

While the grounds are appealing, it’s the six-bedroom, four-bathroom inside that can appear playful — or alarming. Especially the bathrooms that look like something straight out of “A Midsummer Night’s Dream.”

At least some of them do.

The rest of the house carries a charming aesthetic, however.

There’s also what appears to be a swinging bed and a bunk bed that includes a slide.

But it was those bathrooms caught the eye of fans of Friday Night Zillow, a fun Twitter hashtag focused on quirky houses on the real estate market run by Bloomberg congressional reporter Steven Dennis.

“I have questions,” one person quote-tweeted about the stone shower.

“Can’t wait to see the toilet,” another said.

“Party shower made of stone!” someone tweeted.

“Their culture is far superior,” one person noted.

“Wait til you see the soap dispenser,” someone said.

“Might be illegal in several Southern states…” another joked.

“Folks do it different up north,” one person tweeted.

‘Most eclectic home’ in California lives up to its name. Check out the ‘House of Sin’

The basement of this Ohio house is freaking out Zillow Gone Wild. ‘I’m so…scared’

Israeli troops kill Palestinian militant in West Bank
Protest: Demonstrations at the Galleria on Sunday opposing Iraninan government after death of 22-year-old Mahsa Amini
Health care workers rally to oppose closure of Delaware County Memorial Hospital
Ted Cruz only GOP senator to object to bipartisan bill to prevent another Jan. 6 in key vote
Ian becomes a major hurricane as it churns toward Cuba, with Florida’s west coast in its sights