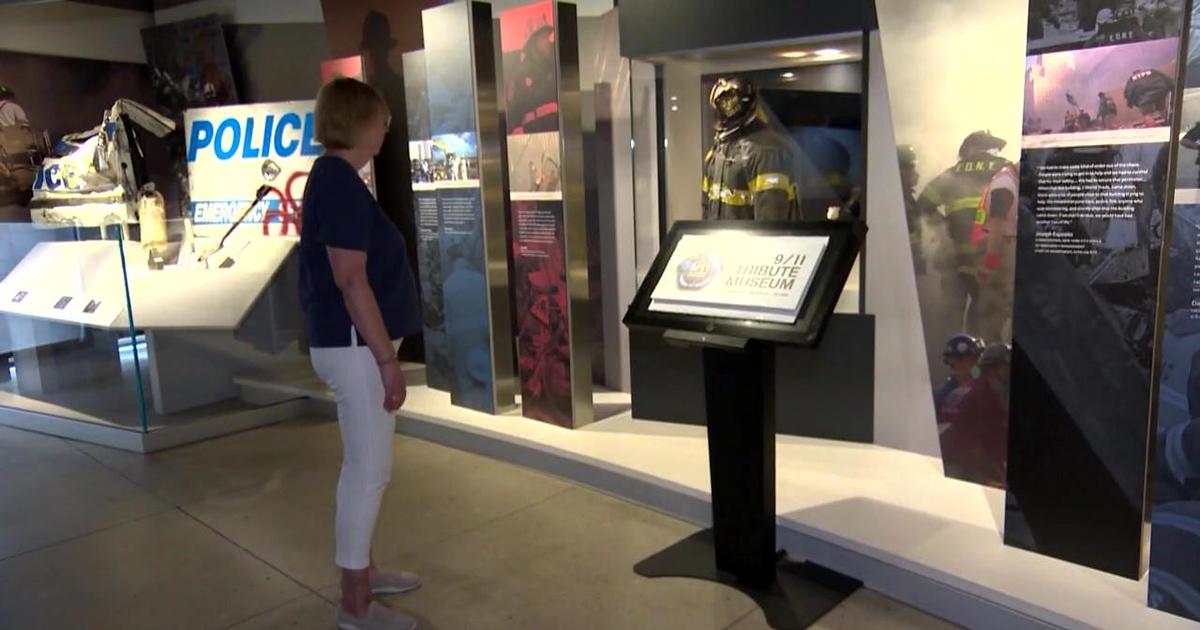 NEW YORK — The 9/11 Tribute Museum on Greenwich Street is closing its doors, less than a month before the 21st anniversary of the terrorist attacks.

As CBS2’s Alice Gainer reports, its founders now worry about what this means for future generations missing out on this important educational experience.

To hear museum cofounder Lee Ielpi recount the moment he learned his firefighter son had been found in the rubble of the Twin Towers, his helmet and turnout coat behind him in a case while he does, feels like a punch to the gut. That’s the point of the 9/11 Tribute Museum.

“Who better to tell the story to you, the visitor from all over the world and all over our country, than people that lived it?” he said.

Ielpi, a retired firefighter himself, spent nine months helping with recovery alongside his other firefighter son even after 29-year-old Jonathan Ielpi, a father of two, was found.

“Working at the site, I can’t tell you how difficult it was,” Ielpi said.

“We’ve seen over 5 million people from around the world,” he said.

“How many days a week would you be here speaking to people?” Gainer asked.

He says tourism was on the decline pre-pandemic, but the COVID shutdown was the final straw. Despite pleas for funding earlier this year, they didn’t get the money needed, so all artifacts at the museum will either go back to those who donated them or the state museum in Albany.

We vowed never to forget, but he worries about future generations missing out on this experience, especially after speaking at schools around the country.

Alice Gainer joined CBS2 as a reporter and anchor in January 2013. She covers breaking, feature and general assignment stories.

Tesla Semi production starts; Pepsi to get first electric trucks
Justices Roberts, Barrett and Breyer celebrate Red Mass before 2022 Supreme Court term
New Denver Restaurants That Opened in September 2022
Top 10 baby names revealed: Who’s in and who’s out?
Death is anything but a dying business as private equity cashes in