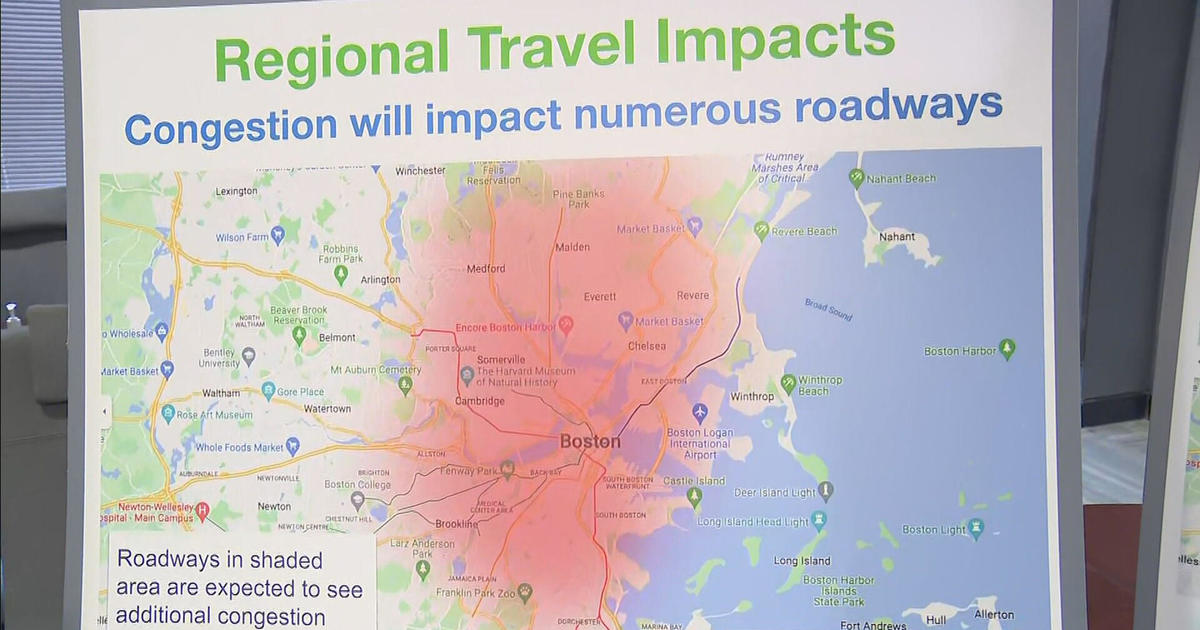 BOSTON – Massachusetts Governor Charlie Baker will have an update Monday on the plans to shut down the MBTA’s Orange Line for a month starting later this week.

Baker will be joined by MBTA General Manager Steve Poftak, MassDOT Undersecretary Scott Bosworth and Highway Administrator Jonathan Gulliver for a news conference at the state transportation building in Boston.

You can watch it live at 11 a.m. on CBS News Boston in the video above.

The unprecedented shutdown of the entire Orange Line will start at 9 p.m. Friday, August 19 for upgrades and repairs. It will last until September 19.

The MBTA says the shutdown will allow them to complete 5 years’ worth of construction in just 30 days.

The MBTA released a guide for riders last Friday giving them alternative travel options for the 20 Orange Line stations that will be affected by the shutdown.

The MBTA is also closing the recently opened Green Line Extension from Government Center to Union Square in Somerville between August 22 and September 18. The T said it’s necessary so work can continue on the Government Center garage demolition and so they can facilitate work on the Medford branch.

The planned opening of the Green Line Extension’s Medford branch has been pushed back from late summer to late November of this year because more work is needed, including testing of the power systems.