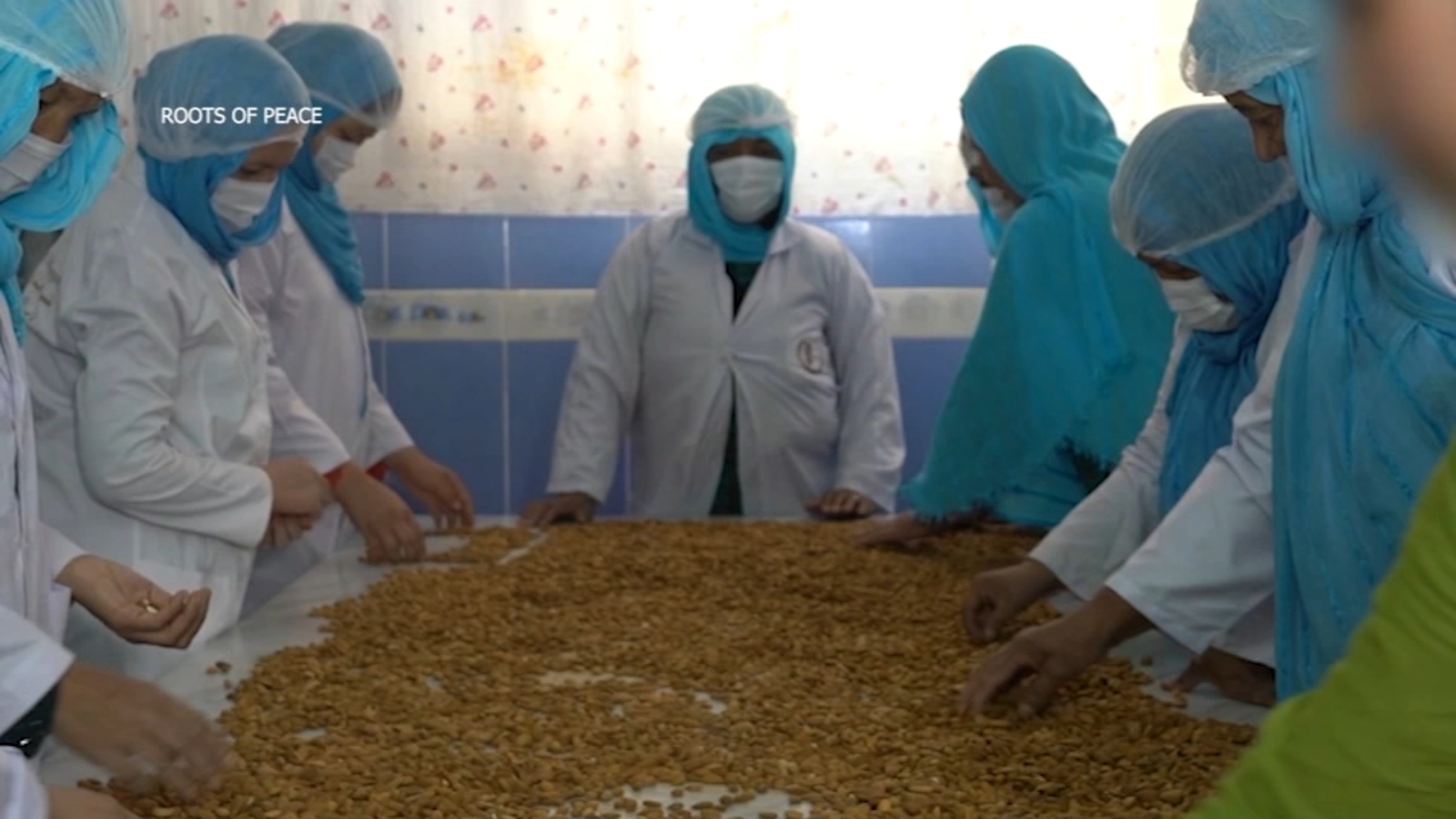 SAN FRANCISCO (KGO) — Monday marks one year since the Taliban takeover in Afghanistan, ending the United States’ 20-year effort to bring peace to the country, and stripping away women’s rights.

“I even can’t explain to you. It was really the hardest day of my life,” said Rabia Rasooli, financial director for Roots of Peace in Kabul.

The nonprofit was founded more than two decades ago by Heidi Kuhn in the living room of her San Rafael home.

“We had a very conscious decision to make,” Kuhn said. “Whether we close Roots of Peace, along with hundreds of other NGO’s who were leaving — the embassy closed down — or do we go the distance.”

Kuhn made the decision to continue the work of transforming the country’s agriculture, replacing landmines with fruit trees and training farmers and entrepreneurs, including thousands of women.

“If I had chosen to quit and close our offices with more than 300 Afghan employees at the time, the fruit would’ve rotted in the fields, and I just couldn’t live with that decision,” Kuhn said.

“I and the female staff who work with Roots of Peace, we sat and we talked about that and said, ‘We have to take the risk,'” said Rasooli, recalling the day she returned to the office. “A number of Taliban commanders were all around the office and three or four guards were in the office. They were monitoring like who’s coming to the office, who’s outside.”

The Taliban rules by strict Sharia law, banning women from work and girls from school.

“I’m just making some changes in the clothing way, and I just wear the hijab and cover my head,” Rasooli said. “We’re trying to our best to at least provide the best facility for Afghan farmers, because Roots of Peace’s aim is to help Afghan farmers — if they are female or male.”

A country reliant on agriculture, Afghanistan is in an economic tail spin as the hunger crisis deepens — and Kuhn believes the way out is to dig in.

“If you’re going to lift this great country up, you’re going to have to make farmers out of soldiers, swords into plowshares, take those guns point and them into shovels.”

If you’re on the ABC7 News app, click here to watch live