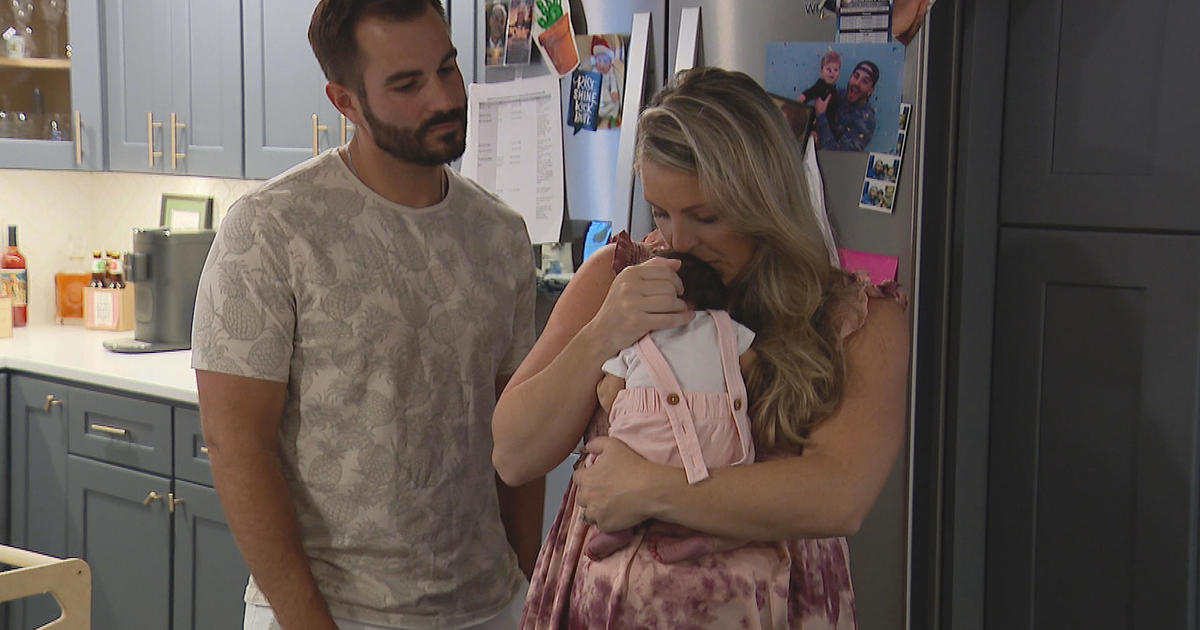 NORTH ANDOVER – Keith Barnard is no doctor — but he sure nailed the role last Tuesday morning. “I’ve been joking with some of my wife’s pregnant friends,” he says with a laugh, “that if they want to save some money — I’m available.”

His audition happened right at his North Andover house.

“So the kitchen became a delivery room,” says his wife Eliza, “right there by the oven.”

Even though she was 40 weeks, his wife didn’t think much of it when she went to bed with stomach pains.

But she woke her hubby just before 3 a.m. shortly after her contractions kicked in.

“Our plan,” says Eliza, “was that I was going to labor at home as long as I could.”

That’s because Eliza was in labor for a whopping 18 hours when her son was born almost two years ago, and so she and her husband figured they’d have plenty of time to make it to the hospital.

With that in mind, Keith knocked out some work on his laptop while Eliza hopped in the shower.

“I was in our bedroom doing my makeup,” she says, “when my water broke.”

They both knew that would greatly accelerate the timetable — they just didn’t realize how much.

“And so, I’m like rummaging through the laundry,” Eliza chuckles, “trying to find the perfect nightgown I wanted to wear.”

Keith was admittedly running low on patience as his wife finally reached the kitchen — and so was the baby.

Dad delivered Nylah Lou right there on the kitchen floor — using what he’d learned from watching TV, with some good advice from the 911 dispatcher, and the paramedics who arrived several minutes later.

“And that’s when I cut the cord,” says Keith, “and everything finally looked like it was on the up and up.”

In fact, he admits his wife’s last minute wardrobe delay might’ve prevented all of this from unfolding on the roadside — in more dangerous fashion.

“If we had started driving for the hospital,” Keith says, “I don’t think we would’ve made it.”

After the home delivery, mom and babe were both checked out at Lawrence General Hospital — and both are fine.

“I just think it’s so unique and special,” says Eliza. “And it was clearly meant to happen that way.”

For now, it’s a pretty entertaining story — but Keith is already contemplating using it to embarrass his daughter when she’s a teenager.

By the way, big brother Kohl — now 21 months — slept through most of it.

Ken MacLeod is a general assignment reporter and anchor at WBZ-TV News.