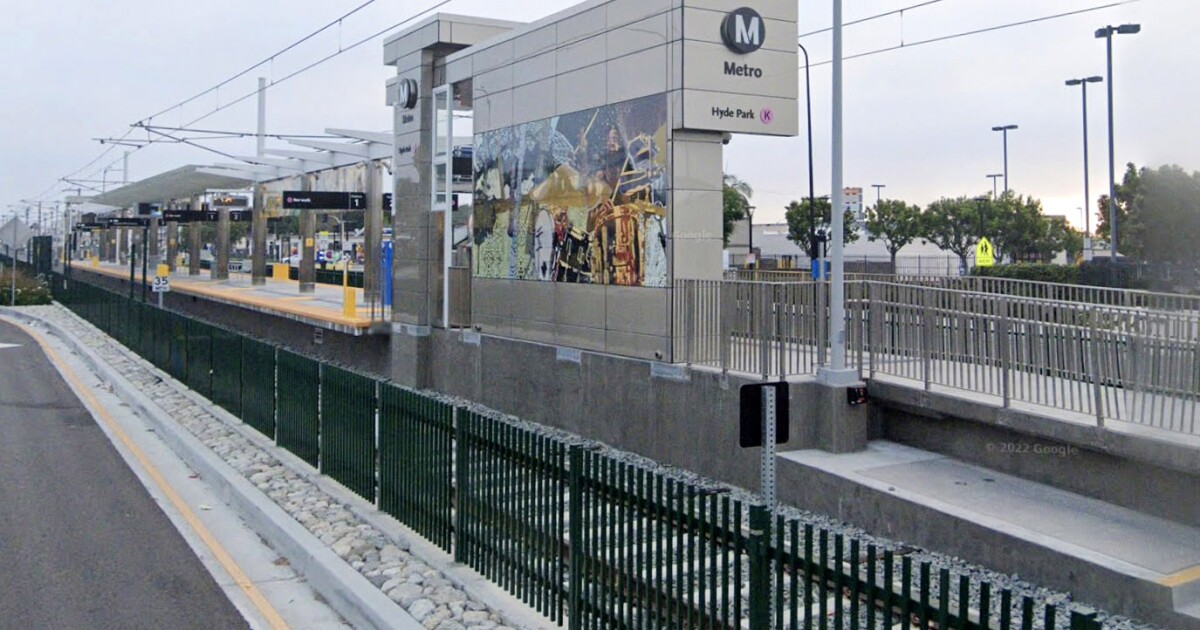 Los Angeles City Councilman Marqueece Harris-Dawson spoke about the late rapper’s commitment to the Hyde Park Station during a dedication ceremony. The station is located between the intersections of Crenshaw Boulevard with Slauson Avenue and 59th Street, near where Hussle opened his Marathon Clothing store.

“After he caught the vision and he understood what the train would mean to this community and his neighborhood and businesses like his, he got very involved in making sure that this train worked on behalf of our people and helped us express and live out our possibilities and our hopes and our dreams,” Harris-Dawson said.

Hussle, a Grammy-nominated rapper, was shot March 31, 2019, outside his Marathon Clothing store at 3420 W. Slauson Ave. The 33-year-old Hussle, whose real name was Ermias Asghedom, was taken to a hospital, where he died.

In 2019, the intersection of Crenshaw and West Slauson Avenue was named Ermias “Nipsey Hussle” Asghedom Square in the late rapper’s honor. Last month, the City Council voted to temporarily close the alley near where Hussle was shot, citing a spike of criminal activity in the area.

The station hasn’t been officially named after Hussle, but there has been a push from the community to do so, according to Metro spokesperson Patrick Chandler.

“From Slauson and all the way to Vernon, you will see world-class pieces of art, celebrating the history and the legacy of African American people,” he said. “Everybody who comes to L.A. and rides the train out of the airport is gonna see it. Is that all right?”

The new station is one of eight being added to the 8.5-mile K line and part of the Crenshaw/LAX Transit Project, representing a $2-billion investment to serve the communities of Los Angeles, Inglewood and El Segundo by connecting the existing Metro E Line at Crenshaw and Exposition Boulevards to the C Line in El Segundo. The K Line is expected to open later this year.

The city is also planning on improving safety for pedestrian access to the new station by installing wider crosswalks and sidewalks, curb extensions and median refuge islands, according to a Metro news release.

“Metro and the City of Los Angeles are pulling out the stops to make our new Hyde Park K Line Station as safe and accessible as possible for our community,” Jacquelyn Dupont-Walker, the Metro board first vice chair, said in a statement. “Taken together, these improvements will vastly improve access to opportunity that Hyde Park has needed for decades.”