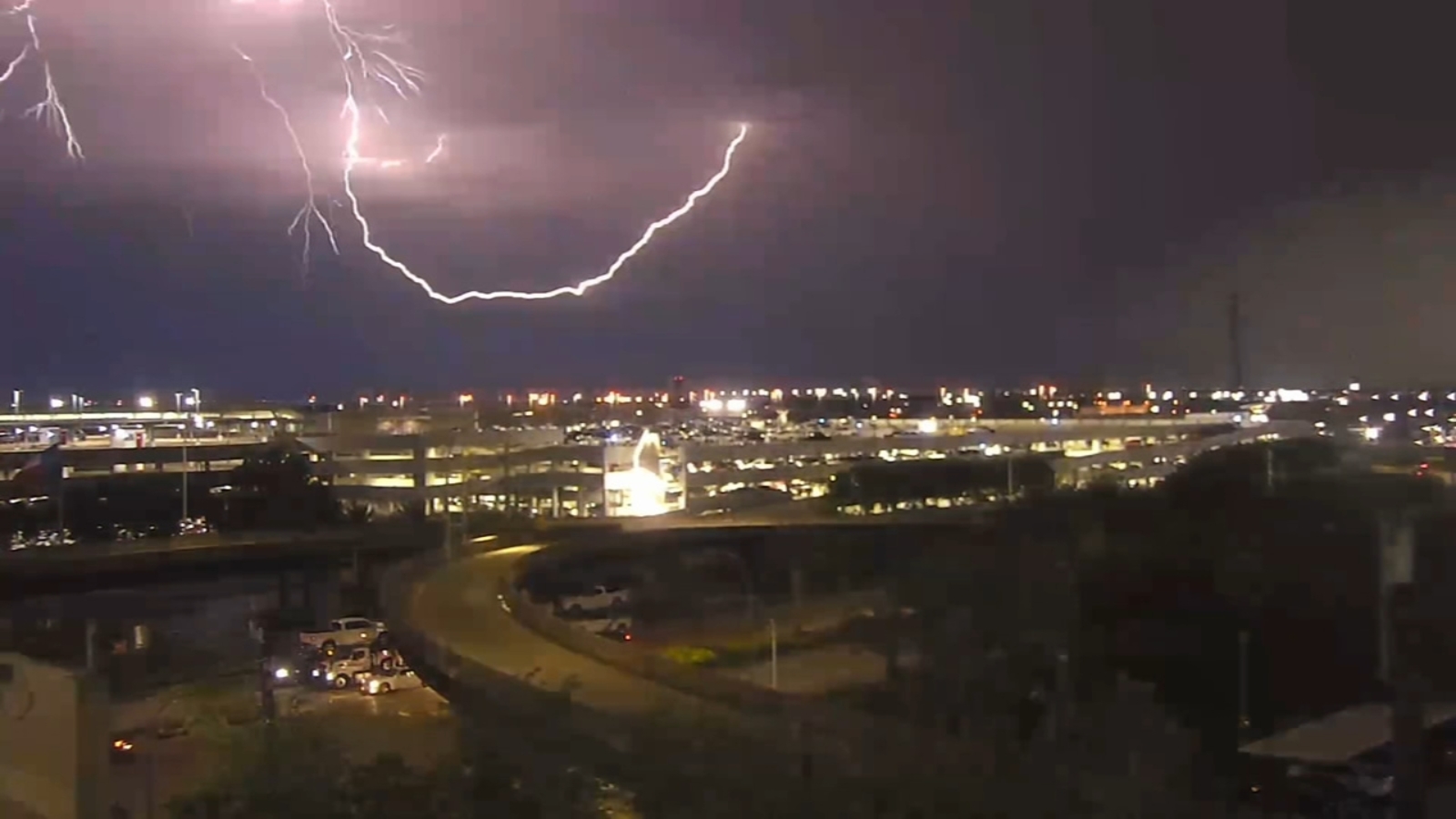 HOUSTON, Texas (KTRK) — The Houston area was treated to a lightning show in the sky on Wednesday night when storms pushed through the region.

It wasn’t all entertaining, though. In fact, it was dangerous in certain parts of the region.

Emergency responders were called to a northeast Harris County business for reports of a lightning strike in the parking lot.

“A male, possibly 25, was in the parking lot when (he was) reportedly struck by lightning. Units found him unresponsive,” Gonzalez tweeted.

The person was hospitalized in “stable but critical condition.”

“Hoping he pulls through,” Gonzalez added.

An ABC13 viewer captured fire crews responding to a home with smoke billowing in the Ventana Lakes subdivision in Katy.

The viewer said the apparent fire was caused by a lightning strike.

Eyewitness News reached out to the Katy Fire Department for information on the incident.

Submit a tip or story idea to ABC13

Have a breaking news tip or an idea for a story you think we should cover? Send it to ABC13 using the form below. If you have a video or photo to send, terms of use apply. If you don’t, just hit ‘skip upload’ and send the details.