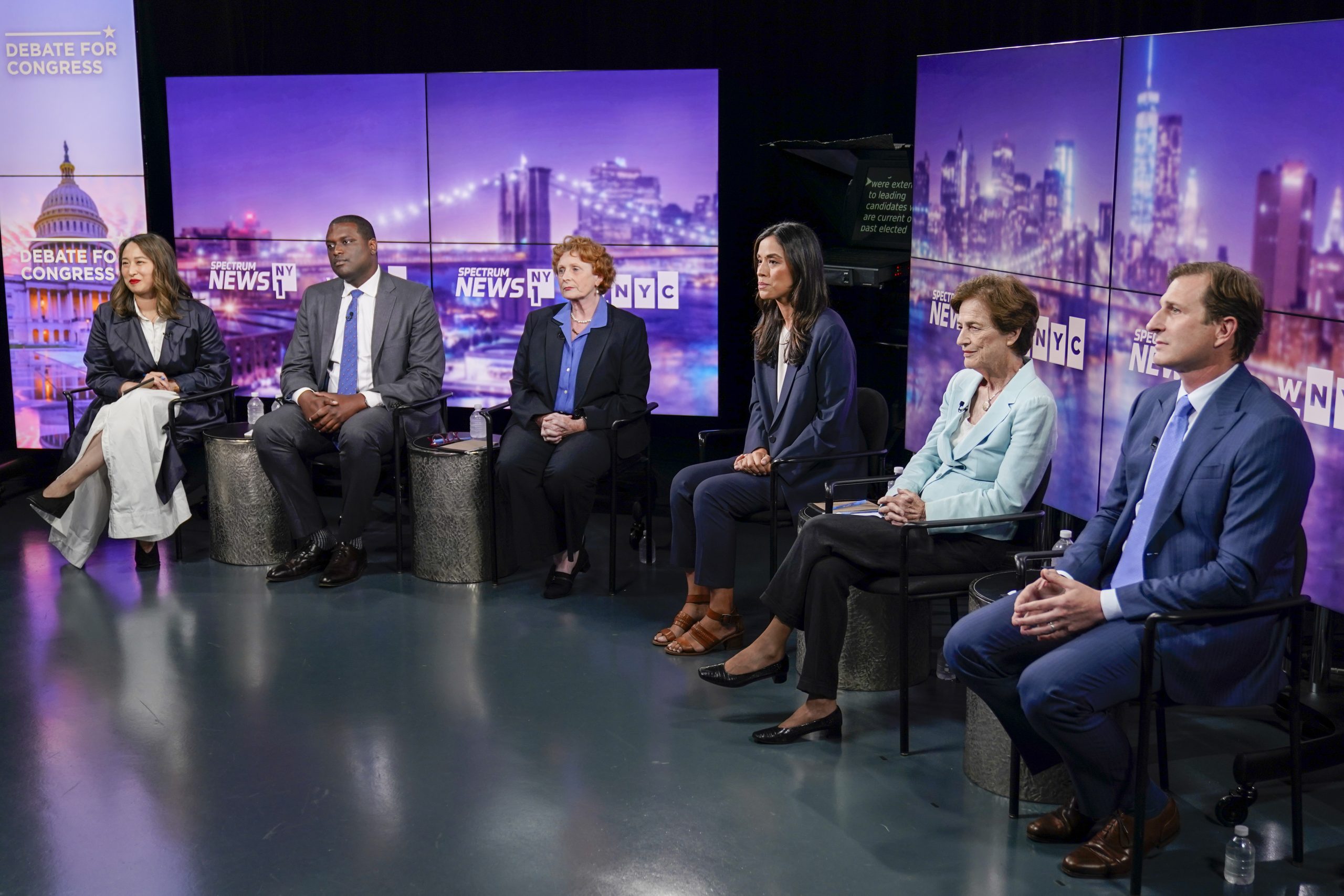 “The gentleman likes to talk about how I grew up in Rockland County. Well, it appears that I’ve spent more time in this district than he has in recent years, because he has spent all of the pandemic at one of his many summer homes,” Jones said, referring to a POLITICO report detailing Goldman’s whereabouts during the height of Covid-19.

Goldman and Rivera also weathered attacks for their personal finances — Goldman, an heir to Levi Strauss, for investments in Rupert Murdoch’s conservative News Corp. and Rivera for holdings in a fund that invests in gun manufacturers Smith & Wesson and Sturm Ruger.

Goldman said his money is in a blind trust (something Jones disputed), and Rivera said she would re-evaluate her stock portfolio.

The Congressional hopefuls also went after Rivera for her support for the East Side Coastal Resiliency project — a $1.45 billion effort to protect Lower Manhattan from future storm surges after Hurricane Sandy devastated the area and damaged thousands of homes. Most of her opponents said the plan, which is scheduled for completion in 2026, did not adequately account for local concerns over the temporary impact of raising the park eight feet above sea level.

“This was an issue that did not need to be as divisive as it became,” Assembly Member Yuh-Line Niou, who represents Lower Manhattan, said. “The city was not transparent with our constituents, was very opaque in the way that they were answering folks.”

Her Assembly colleague Jo Anne Simon, who represents Brooklyn, agreed, noting, “You can’t just pick the community that you want to engage with.”

Rivera defended her position, saying some of her opponents are “brand new to the district” and don’t understand the problems facing the East Side waterfront.

“Ultimately, it does take political courage to make sure that you’re supporting the community whose wishes were to have flood protection. We could not wait any longer,” she added.

The debate was not all jabs, however.

The candidates, who were seated throughout the two hours of questioning on cable news station NY1, occasionally sought out lighter moments.

When given the opportunity to grill one opponent of choice, Niou complimented Simon on her advocacy for people with disabilities, while Rivera challenged Jones to a one-on-one basketball game, which he accepted.

The candidates more or less agreed on the dangers they feel former President Donald Trump and the Republican Party pose, though they differed on the degree of extremism in the GOP.

“He faced certain impeachment and conviction if he hadn’t resigned. So there was no question about his guilt here,” Holtzman said. “That didn’t happen in the impeachments that happened with Donald Trump, and unless we do that, he’s going to keep coming back. That’s why Richard Nixon stayed down when we took him down.”

Goldman, who played a role in Trump’s impeachment proceedings, said the Republican Party has become more extreme and willing to defy the rule of law.

“The Republican Party right now is wholly in the part of Donald Trump,” Goldman added.

Jones took issue with that, noting the party’s long history of voter suppression, which Goldman said is “minimizing the true threat” of Trump.

“Dan Goldman’s claim that the modern day is worse than the Jim Crow era once again proves he’s a painfully out-of-touch trust fund kid,” said progressive consultant Monica Klein, who is not working for any candidates in the race.

Meanwhile the candidates all either said President Joe Biden should run for re-election in two years, or dodged the question by pointing out it is his choice. They were less clear and concise in their answers about House Speaker Nancy Pelosi’s recent trip to Taiwan.

They all agreed on mask mandates for airplanes and mass transit with the exception of Goldman, who said he would defer to public health experts for guidance and called it a personal choice as of now.

Democratic consultant Jon Paul Lupo, having tuned into the debate, concluded the contest is a tie among Goldman, Holtzman, Rivera and Jones.

“Because they have less money and fewer ads, the strong performances from Rivera and Holtzman probably meant the most to any voters tuning in,” said Lupo, who is not working for any of the candidates. “The debate did nothing to change the fundamental status of the race, as all four top-tier candidates are waiting for a likely decisive endorsement from the New York times.”