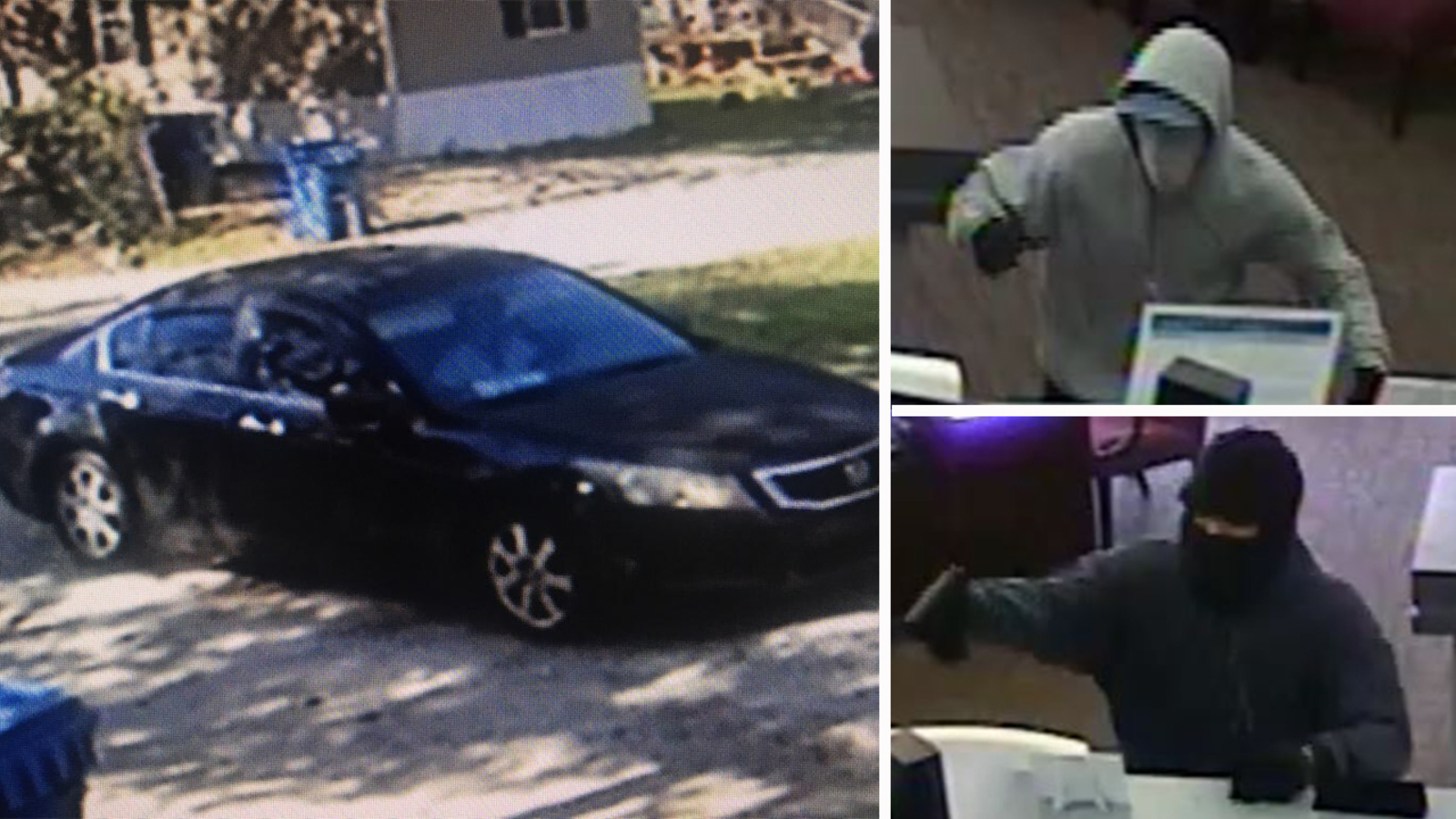 The FBI Bryan Resident Agency, in coordination with the Navasota Police Department, is searching for the suspects after the armed robbery on Nov. 2, 2021.

Grimes County Crime Stoppers is offering a reward for information that leads to the identification and arrest of the two suspects.

The duo is accused of robbing the PNC Bank located at 603 E. Washington Avenue.

Officials said one of the armed suspects leaped over the counter and robbed the bank tellers, while the other stayed in the lobby.

The suspect in the lobby reportedly knocked over an elderly customer and robbed her of her personal belongings, officials said. The attack left her in need of medical attention.

The pair got away with an undisclosed amount of money before fleeing through the woods into a field behind the bank, where they sped off in a getaway vehicle.

Law enforcement officers believe the suspects are in their late teens to early 20s.

The first suspect is described to be approximately 5’10” to 6’0″ tall with a medium build. He wore a black ski mask, a dark gray hooded sweatshirt, black pants and sneakers, and black lightweight gloves during the robbery.

The second suspect is described as a Black male, approximately 5’4″, with a slim build. Officials said he wore a gray mask covering his face, a baseball hat, a light gray hooded sweatshirt, black pants and sneakers, and black lightweight gloves.

Witnesses said he had extremely large eyes that were black in color.

They fled the field in a black 2009 Honda Accord, officials said.

If you have any information about the location of any of the wanted individuals, contact Grimes County Crime Stoppers, 24 hours a day, by calling (936) 873-2000 or online at p3tips.com. You can remain anonymous and do not have to give your name. Your information could earn you a cash reward. Reward offers are only for information called into Grimes County Crime Stoppers that leads to the wanted individuals’ arrest by law enforcement.