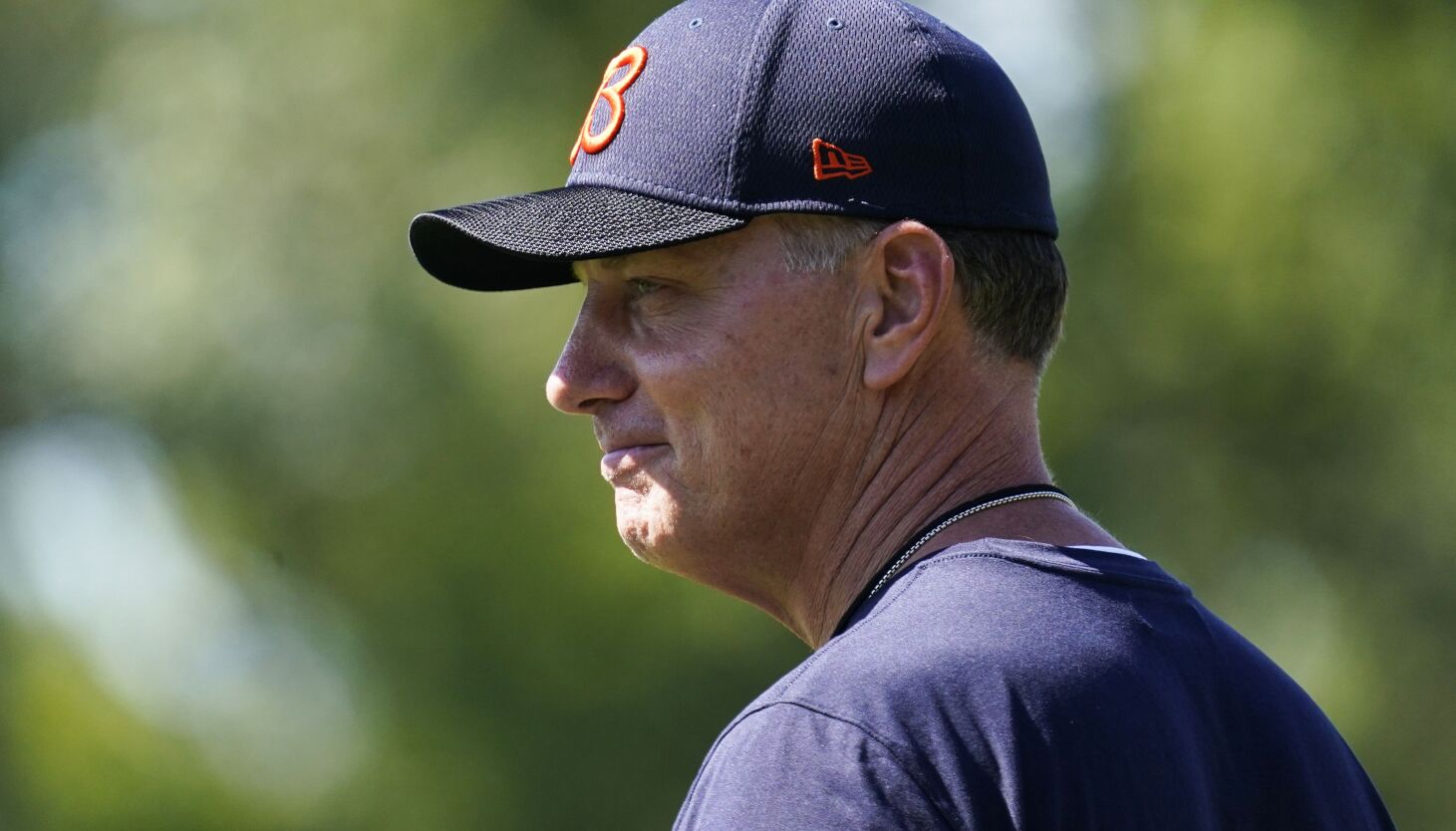 For the first time since the Bears cleaned house, dysfunction is spilling out of the organization and into the public.

As general manager Ryan Poles’ negotiations with star linebacker Roquan Smith have erupted into the player requesting a trade and the team pondering whether to start fining him, coach Matt Eberflus swatted helplessly at a swarm of questions about what exactly is going on here.

Funny how no matter who happens to be running Halas Hall in a given decade, there’s never a straight answer for that.

Smith was at practice, but wouldn’t practice.

It’s unexcused, but it’s also unclear what consequence there is for it.

It’s flagrant defiance of his coach, but Eberflus can’t really do anything about it.

“I just think that you go about your business,” he said.

That’s not possible. Smith is the business.

This team has three young players who indisputably should be part of its future: Smith, cornerback Jaylon Johnson and wide receiver Darnell Mooney. Smith is essential to everything Eberflus wants to establish. He’s a still-rising star at age 25 and has the versatility every team craves at the position; his backup is Matt Adams, who logged exactly one defensive snap over the 2020 and ’21 seasons combined.

That’s a big part of why Smith’s power play is working. The Bears need him.

So until Poles fixes this, it sounds like Eberflus is left in an untenable position. His best player is disregarding the standards that are at the core of Eberflus’ philosophy, but nothing’s changing. Somehow it’s going to be business as usual?

That’s a long way of saying nothing.

It’s not an exact comparison, but this is reminiscent of Nagy’s standoff with defensive tackle Akiem Hicks a year ago.

Hicks was upset about his contract status, too, and at one point inexplicably walked out of a practice after stretching. He also skipped out on his media obligations for a month and a half. Nagy sputtered for an explanation and eventually threw his hands up as if to indicate there was nothing he could do despite being, you know, Hicks’ boss.

And the last thing Poles and Eberflus want to do is remind people of their predecessors, Nagy and former general manager Ryan Pace. Everyone who still has their ramblings ricocheting around their minds was hoping it’d at least be longer than seven months before the Bears went back to that kind of public performance.

The entire situation raises questions that neither Poles nor Eberflus — both in their respective positions for the first time in their careers — seem able to answer.

That it came to this with Smith, who said in April he “absolutely” envisioned a long career with the Bears and is roundly respected as a player, is a problem.

And it’s mid-August. This isn’t an annoyancelike Robert Quinn skipping a mandatory minicamp in June. This is the part of the calendar that matters.

The window in which this could be brushed aside without impacting the season is closing quickly.

In the meantime, there were two things Eberflus made perfectly clear about the ordeal: Smith is creating a problem for him, and it’s on Poles to solve it.

“Ah, that’s going to be [for] Ryan and Roquan to deal with,” he said of the contract standoff.

But Smith has dealt with his part of it. What’s left for him to do? His contact demands haven’t been met, so he wants out. Every player has the right to go that route.

From here it’s on Poles and it’s pretty simple: Pay him or trade him. Either option ends the embarrassment.